Until 2022. Why this year? Virginia Tech has not been able to close out games all season, and it was no different in Saturday’s 28-27 loss to Georgia Tech.

“We’ve got to finish the game, and we haven’t finished the game the past three weeks,” VT defensive tackle Mario Kendricks said after the loss. “We’ve got to learn how to finish.”

The Yellow Jackets took an early lead. However, the Hokies started to roll soon after. Two second quarter possessions, culminating in rushing touchdowns from Grant Wells (three yards) and Keshawn King (one yard), made the score 13-10. The Georgia Tech offense stalled at the same time and punted three possessions in a row.

Entering the weekend, the Hokies ranked 121st in punt return yards with 33. True freshman Tucker Holloway was inserted into the lineup at NC State a week ago, and his number was called again against the Yellow Jackets. He proceeded to return seven kicks for 188 yards, a single-game record for Virginia Tech. And his fifth opportunity was a beauty.

Holloway fielded it at the 10-yard line, received a lead block from Connor Blumrick and accelerated, taking it 90 yards to the house. It was the longest return since Greg Stroman’s 91-yarder in 2017 vs. North Carolina.

“Tucker is probably, in my career here, the most talented and special freshman that I’ve seen,” wide receiver Kaleb Smith said. “It’s something that we’ve seen since he rolled in here in January. It hasn’t been a big shock to us, and we’re 100% excited for his future and what he can bring to this team.”

Since the season started in September, Pry’s harped on playing complementary football and making plays in other phases of the game. That occurred at Pitt on Oct. 8 with a blocked punt and an interception, but those moments have been few and far between.

Yet, that was the case in front of 62,000 in Lane Stadium against Georgia Tech (4-5, 3-3 ACC). Though the Yellow Jackets pulled within four points, 20-16, GT’s true freshman quarterback Zach Pyron was picked off by linebacker Keli Lawson, who returned it seven yards for the score.

“We’ve been on a dry spell for takeaways, it was great to get one,” Pry said. “You saw his length was very apparent. … I thought he tracked the ball really well, he kind of jumps out at you the way he can cover ground and track ball carriers, but the ability to knock the ball and then catch the ball and then athletic enough to recover and get it into the end zone. Those are some game changers that have been missing.

“The punt return, the defensive score, the things that do give you a great opportunity to win the game. We’ve done some little things over time that’s keeping us and today, there were some major self-inflicted wounds that really worked against us.”

Virginia Tech 27, Georgia Tech 16. 4:03 remaining in the third quarter. To that point, the Hokies had allowed just one touchdown on the day, which was early in the game. But once the fourth began, the dominance with which they had calmly controlled the game for 45 minutes seemed to vanish.

What followed was a missed 40-yard field goal, two fumbles, an interception and back-to-back Georgia Tech touchdowns. For the second week in a row, Virginia Tech melted down in the fourth quarter. Against NC State, it was an 18-point comeback; the Yellow Jackets made it 11.

The offense, which was creative and moved the ball early, lost its juice. It tallied just 120 yards in the second half and punted three times, along with the aforementioned turnovers and missed 40-yarder. And Georgia Tech slowly crept back into the picture, scoring twice to take the 28-27 lead it never relinquished.

Even when the clock management strategy worked and the Hokies received the ball with 57 seconds to play needing just a field goal, disaster struck. Wells, who was responsible for three turnovers, rolled left before fumbling for the second time in the afternoon.

“We’ve got to protect the ball better,” Pry said. “We’ve been pretty good at that since week one. … We were in the red zone on one and we were trying to drive and kick a field goal to win the game on another one. Just really bad timing. In those moments, we’ve got to coach those guys to secure the heck out of the football.”

In seven previous instances since 1987 where Virginia Tech had a pick six, a punt return for a score and one rushing touchdown, the program was 7-0. The average margin of victory: 40 points.

Saturday was the first time since 1998 at Syracuse that the Hokies scored in all three phases of the game and lost. But they weren’t facing Donovan McNabb in the Carrier Dome; they were up against a true freshman quarterback, an interim head coach and a 3-5 football team at home.

Throughout the losing streak, the reasons have varied, penalties and allowing 320 rushing yards among them. But in the last two games, VT has led twice. And both times, the focus and the ability to close out the game was non-existent.

Three games remain now: at Duke (6-3), at Liberty (8-1) and vs. Virginia (3-6). As ugly as October was, November might not treat the Hokies any better, especially if they can’t close out games.

“The margin for error is really small. You just can’t do those things and expect to win the game. We did not deserve to win the game. … Our effort is tremendous. The self-inflicted wounds need to stop. But again, I’m the leader of this program. I own it. And it starts with me.” 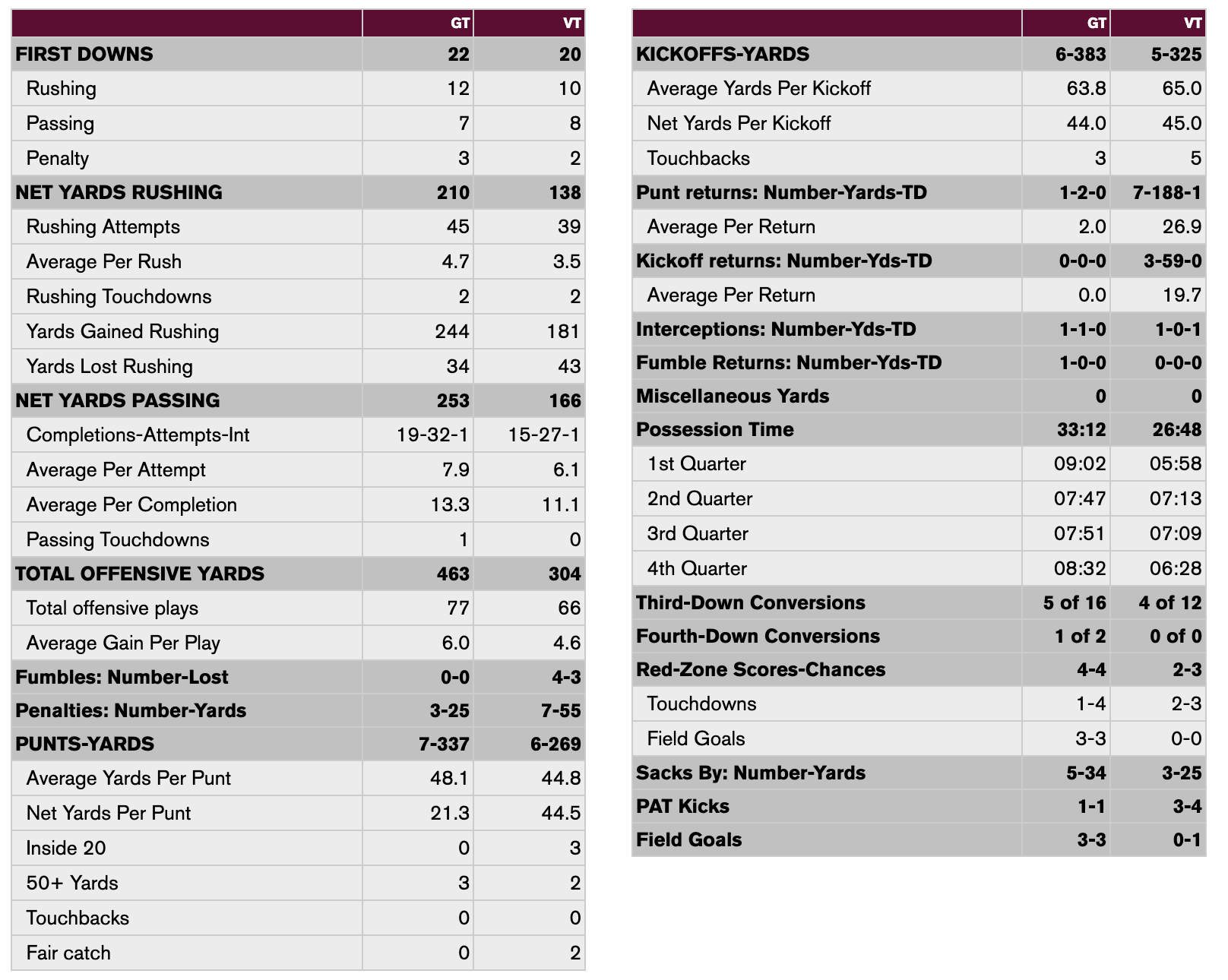 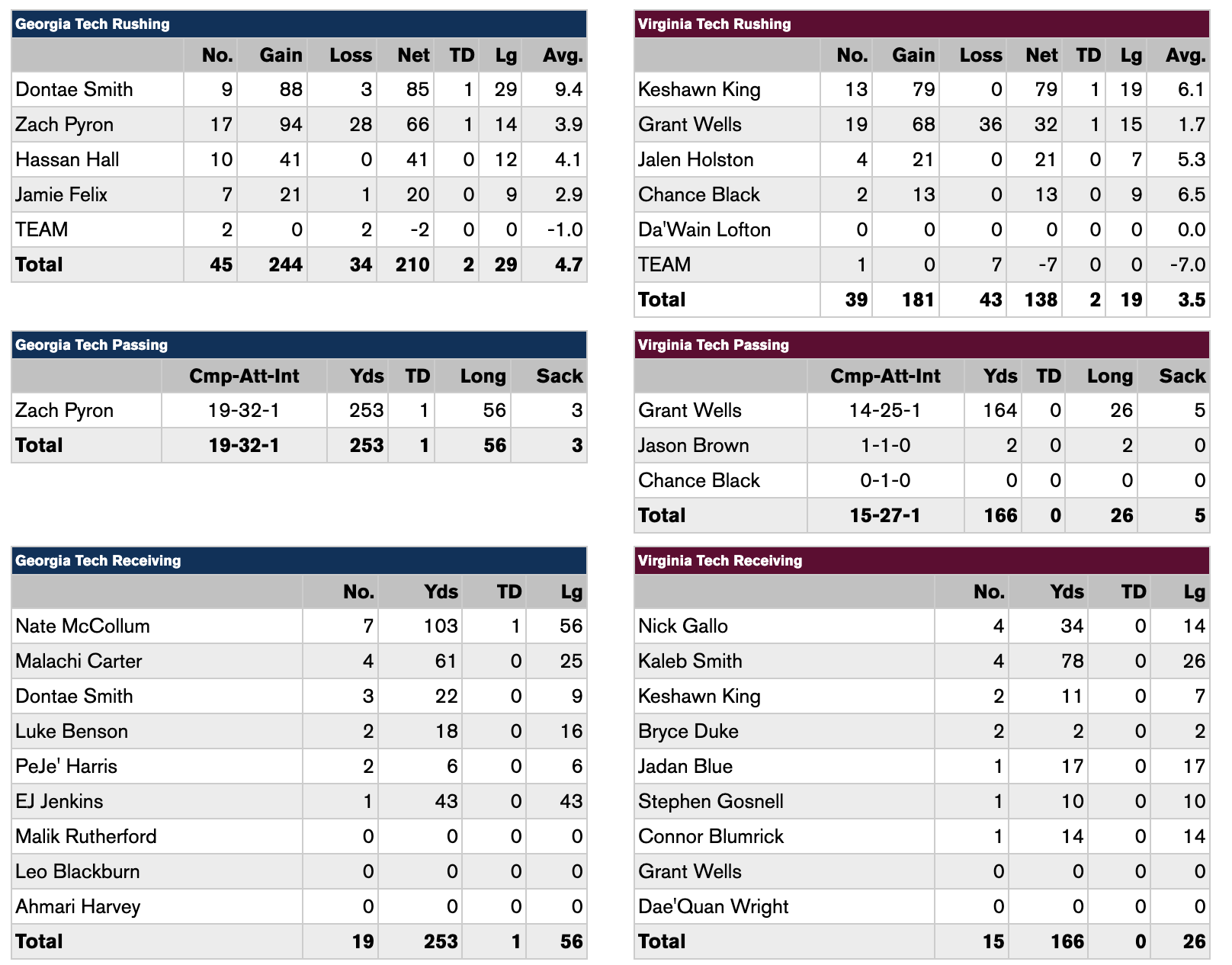 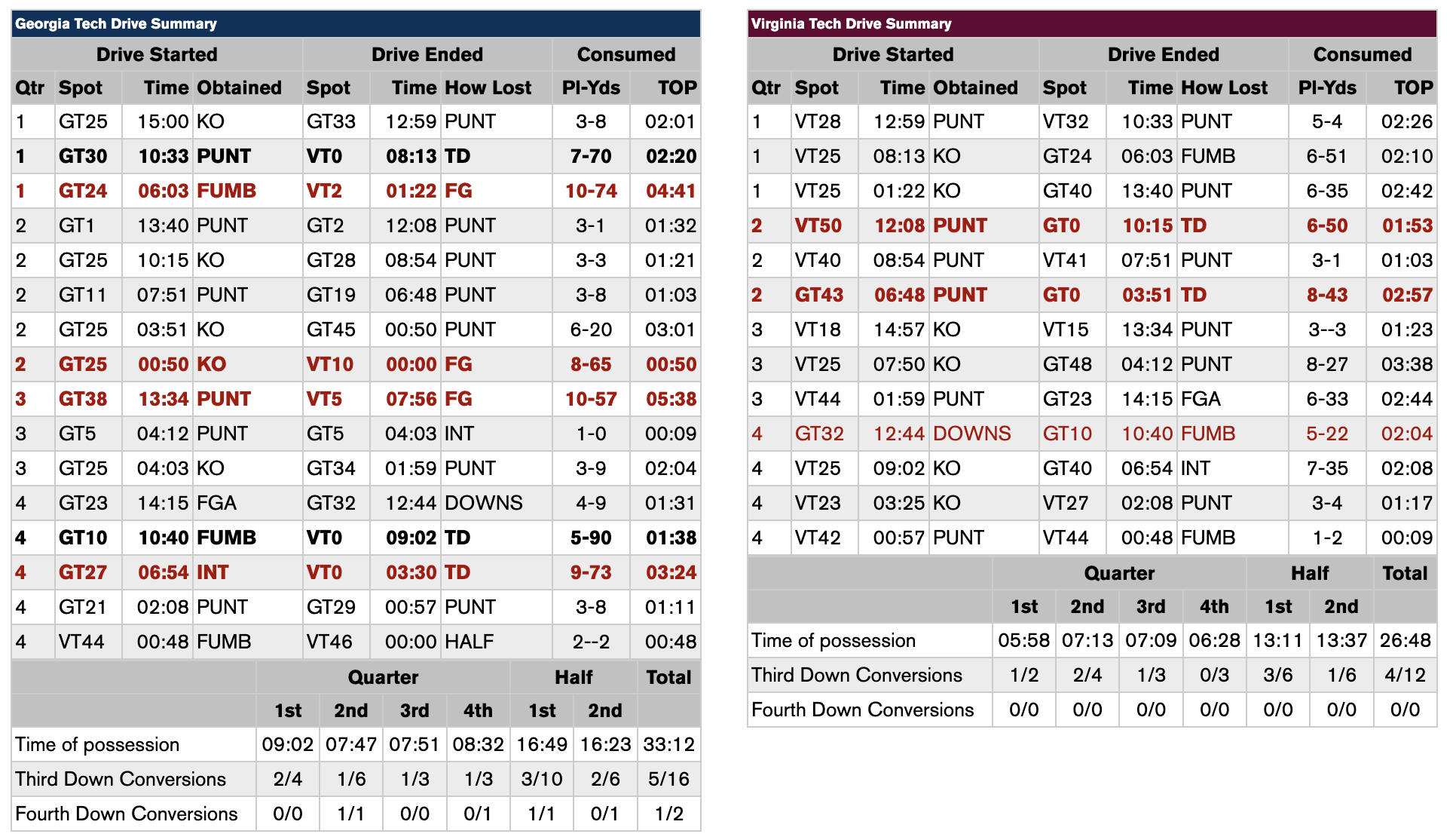 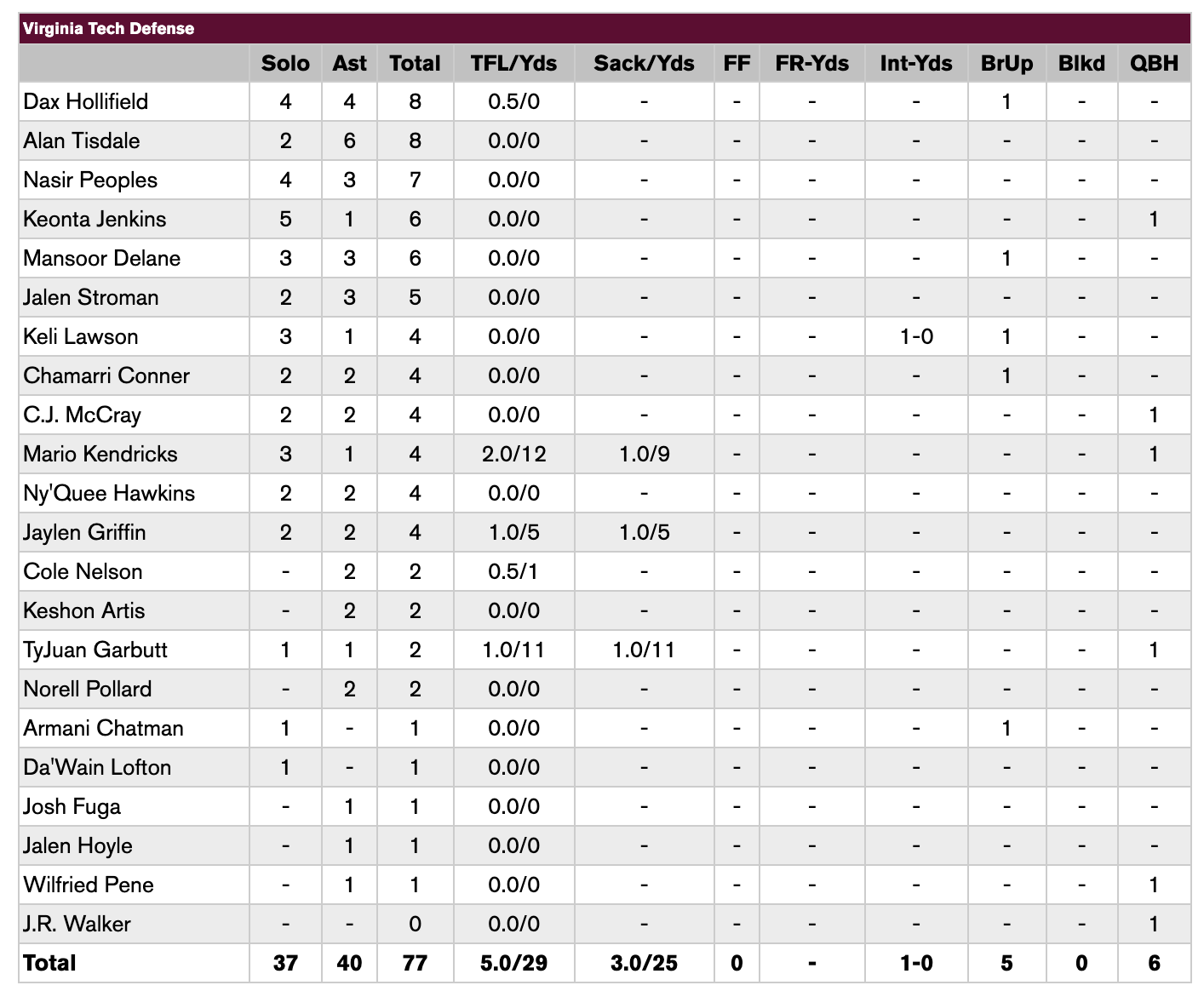