Welcome to TechSideline.com, the premier unofficial Virginia Tech sports Internet web site.  For uncompromised Hokie sports entertainment and commentary, TechSideline is the place to be.

TechSideline.com operates as a fully-staffed, full-time business. TechSideline.com is not a “fan site” or a “blog” — it’s a serious endeavor, dedicated to bringing great coverage to our readers. We’re also not completely biased homers (though we do love the Hokies), so you can count on us for unflinching insight and analysis.

TechSideline was launched on March 12, 1996 by 1987 Tech graduate (BSEE) Will Stewart as a small, personal web page. In 1997, the site evolved into HokieCentral.com, and in August of 1999, joined the SportsWar network of college sports web sites. In November of 2000, the site changed names to TechSideline.com, or TSL.

Over the years, TSL has grown into what you see before you: a full-time Virginia Tech sports web site, complete with news, game analysis, links, special features, and the ubiquitous message boards.

TSL is a member of the SportsWar network of college sports web sites. Visit SportsWar.com for more information. 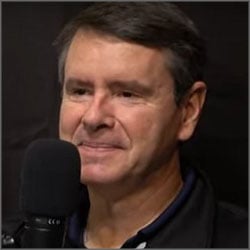 Will grew up in Charlottesville and was a Tech and UVa fan, but when the two went face to face, he always rooted for Tech.  Will attended Tech from 1983-87, and after graduation returned to Charlottesville and worked from 1987-1994 as an engineer at Sperry Marine, Inc.  Will eventually made his escape back down to the New River Valley in 1994 and after doing contract work for a year spent four years as a programmer at Kollmorgen in Radford, from 1995-1999. While working at Kollmorgen, Will decided to learn HTML and produce a web page on the Internet.  TechSideline.com was the result and has been Will’s full-time job since the summer of 1999, when TechSideline.com joined the SportsWar network.

In addition to fulfilling many functions on TechSideline.com too numerous to mention here, Will writes articles for the site and assists in the planning, writing, editing, and posting of content to the site. 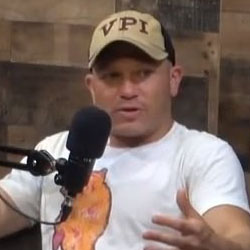 Chris Coleman is a 2005 graduate of Virginia Tech with a B.A. in History.

Chris is from Chatham, VA and has a strong background in covering Virginia Tech sports on the Internet, including stints with VTInsider.com (part of the Scout.com network), where he wrote game previews and other articles from 2002-2004.

Chris joined TechSideline.com in July of 2005 and was named Managing Editor in January of 2009. With the hiring of David Cunningham as Managing Editor in 2021, Chris was named Lead Analyst and Columnist. In addition to writing about all sports and recruiting and making regular podcast appearances, Chris helps plan, edit, and post subscriber content to the site. 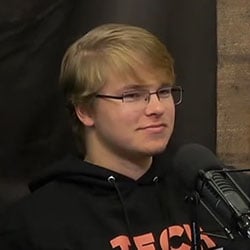 David joined TechSideline.com as Managing Editor in July of 2021. David is a 2021 graduate of the Sports Media & Analytics (SMA) Program at Virginia Tech, where he also minored in Business Leadership. David learned the crafts of sportswriting and broadcasting under former long-time Virginia Tech play-by-play announcer Bill Roth, who launched the SMA program in 2016.

As a student at Virginia Tech, David was instrumental in the creation of 3304 Sports, the hub for student sports journalism at Virginia Tech, and he established the group’s website as a junior. As Editor-in-Chief for two years, he edited and published over 400 stories while overseeing more than 15 beat writers for every sport at Virginia Tech.

A Yorktown, Va. native, David grew up a Hokie, thanks to both of his parents being Virginia Tech alumni. According to David, his first Hokie memory is from when his parents took him to the 1999 National Championship between Virginia Tech and Florida State in New Orleans as a six-month-old. 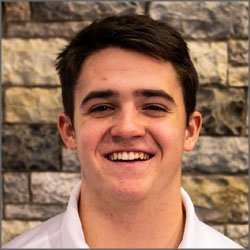 Jake is a current student in the Sports Media and Analytics program at Virginia Tech and plans to graduate in December 2022. He has been working at TechSideline for three years now and has covered football as well as Olympic sports such as wrestling, softball, soccer and others. Jake is also the broadcast coordinator for 3304 Sports, the student sports media group on campus, and does play-by-play of Virginia Tech Athletics. In the summers of 2021 and 2022, Jake was the radio broadcaster for the St. Cloud Rox in the Northwoods League. 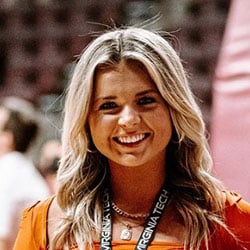 Katie is a current student in the Sports Media and Analytics Program at Virginia Tech with plans to graduate in May 2023. She grew up in Richmond, VA before moving to Blacksburg in 2015. Katie was raised in a sports-driven household and is a 4th generation Hokie. She has spent time working in athletics throughout her college career with the Hokie Club, VT Student-Athlete Development, and VT Football Recruiting. Katie appears on the Tech Sideline Podcast as a host or in the “4th chair”. 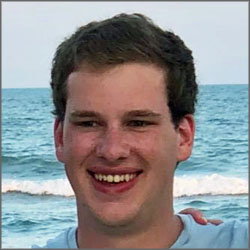 Malcolm — yes, he’s related — graduated from Virginia Tech in the summer of 2021 with a degree in Business Information Technology.

Malcolm has worked for TechSideline.com for several years in various capacities, and in the fall of 2019 directed the effort to produce and stream the video of the Tech Sideline podcast first over Facebook Live, then over YouTube Live. Malcolm controls the cameras during the podcast, cuts to and from various media during streaming, and post-processes all audio and video for posting on YouTube and SoundCloud. He also creates and edits the thumbs for YouTube. 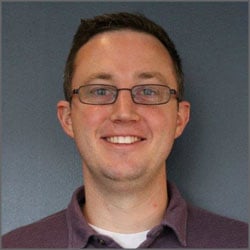 Jason Stamm is the recruiting writer for TechSideline.com, after covering Virginia Tech men’s basketball, football and recruiting as the publisher for HokieHaven.com on the Rivals network from 2012-2016, and publisher for TheVTZone.com on the Scout network from 2016-17. He’s covered recruiting for TSL since April of 2017. Jason’s favorite season is football and he is a proud graduate of Western Kentucky University (B.A. ’07), Radford University (M.S. ’17) and soon to be The University of Tennessee (Ph.D ’21). 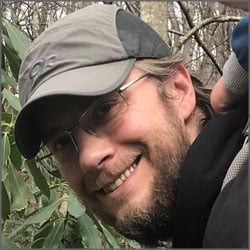 Brandon Patterson graduated from Virginia Tech in 2004 with a BA in English. He’s been a Techsideline.com  reader since his college days, and in 2015 he joined TSL as a writer. In-season, you can read Brandon’s weekly scouting reports and game recaps; in the off-season, he covers football schemes, recruiting, history, and operations. Before he became a regular at TSL, Brandon was the sport-science columnist for elitefts.com and a contributor at other publications. 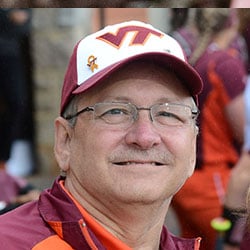 Chip Grubb has been our Virginia Tech Softball writer since the beginning of the 2021 season, producing many preview and series recap articles. Chip has been following the Virginia Tech program closely since the mid-2000s and became an expert on the topic over time, and he has proven to be a skilled writer. As the popularity of the program increased, we felt the need to add a softball writer, and Chip volunteered his considerable expertise on the topic. Chip attends not just most Virginia Tech home games, but a large number of the road games as well, and he is credentialed media at every venue where he’s present. 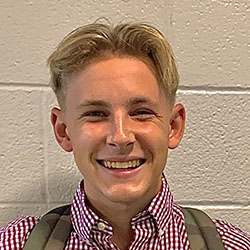 Nick Brown is a student in the Sports Media and Analytics (SMA) program at Virginia Tech. He graduated from Radford High School in 2020 where he broadcasted boys/girls basketball, volleyball, soccer, and football on the radio or with the broadcasting team “Bobcat Sports Live.” Nick appears on the Tech Sideline podcast from time to time in our “4th chair” spot and has even been known to host the TSL Podcast. 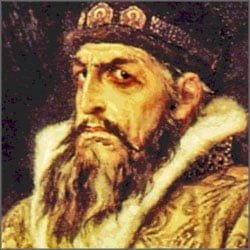 Born in USSR, Ivan came to the United States in 1991. Under patronage of his host family he earned several degrees, among them two from Virginia Tech (MS in 1998 and PhD in 2004). He has been attending Tech football games since 1991, and had not missed a single Tech vs UVA game (in Charlottesville or in Blacksburg) since then. While a student at Virginia Tech, Ivan became interested in photography. In 1997, Ivan joined TechSideline (HokieCentral at the time) and has contributed photography to the site since 2001. His photos have been featured in numerous Virginia Tech publications (from game programs to media guides, to freshmen orientation and “class ring” brochures, to Alumni Magazine and Virginia Tech Corps of Cadets publications), as well as regional and national media, including Sports Illustrated among others.

A self-professed amateur, Ivan is notorious for his accent and his infamous tailgating skills are legendary. Known as Russian Hokie, Ivan is a proud US Citizen.