We continue our mammoth interview with Kevin Jones, with his recollections of the 2003 football season, and how he made his decision to go pro early … and whether or not he regrets it.

When I think back I just felt like I couldn’t understand why we couldn’t move the ball or why we couldn’t do anything. If I recall we had never been totally stopped like that. It was just frustrating. 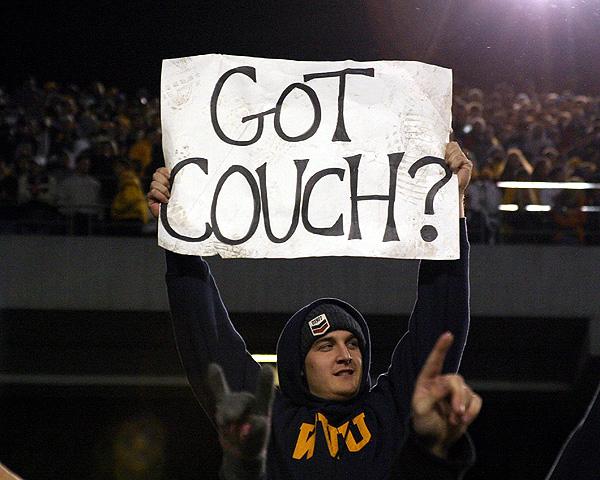 Do you remember the environment? On July 1st (2003) VT signed on the line to enter the ACC the next year. You guys still had to play one more season in the Big East, and West Virginia fans didn’t take that very well.

Yeah, but their fans were always kinda … [long pause] … what’s the right word? They were always kinda hostile towards us. I understand, it’s an inter-state rival game. But when they threw batteries and stuff like that from the stands, that was extreme.

Was there stuff coming out of the stands?

So you saw guys getting hit around you? So the battery legends are true?

Yeah, yeah for sure. They’re true.

Did you feel unsafe?

Yes and no. I mean I didn’t feel like my life was threatened or anything like that. Maybe because I was naive. [laughs] I think I was actually threatened.

Did you keep your head down and your helmet on, whereas otherwise you may not have?

So when you think about that game, you remember the offense struggling?

Yeah, it was a tough environment to play in. It felt like we were always better than West Virginia, for some reason that’s just how I felt.

For example, I feel like Miami probably thinks, and their fans think, and the whole state of Florida thinks, that Miami is always better than Virginia Tech. But we kicked their butts a lot of times. So that’s an example of a school that seemed lesser than another school. But West Virginia never really kicked our butts, except for that day.  What I’m saying is that they always gave us a dogfight.