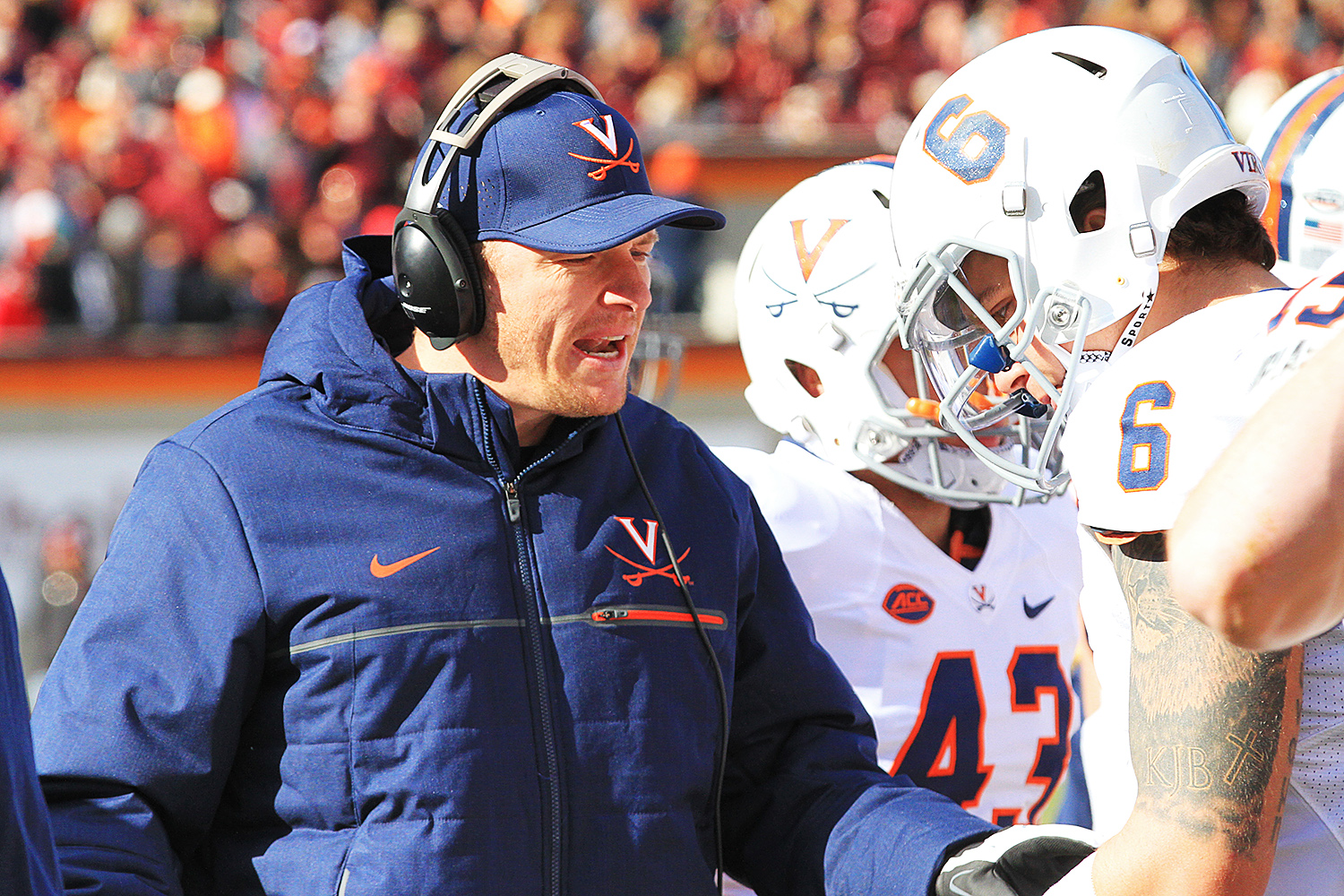 Last week we looked at the strongest themes (refrains, even) of his 2017 Nike Coach of the Year Clinic, various interviews he’s conducted over the years, and commentary from reporters who covered him at BYU. It’s clear he believes that his discipline plus the natural demands of football can create special people out of his players if they love the game enough. It’s clear an entirely different set of rules is applied to his staff, whom he has to reign-in from working too hard. And he thinks UVA is the place where his plan can work to its fullest.

How does that look in execution?

But there’s more to that breakdown than wins and losses. Here’s how these traits manifest on the field and behind the scenes, and what it portends for Virginia Tech as it deals with the in-state rival.

“I had maliciously obedient players my first years at BYU. We went 6-6 my first year, but the players saw what was happening with the program and the second year we exploded.” –Mendenhall, introductory UVA press conference

“I may be one of the few coaches that believes in ‘will before skill.’” –2017 clinic

That last quote says a lot. Even before UVA’s draft streak was ended (which he had to see coming), citing it as a sign of promise at UVA was disingenuous. Lots of bad teams have a few guys get into the NFL. Even with the institutional cache the