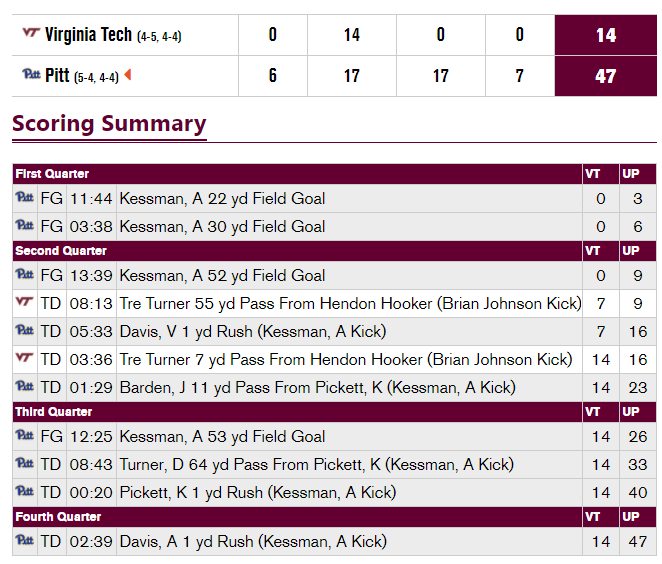 Virginia Tech head coach Justin Fuente entered the Zoom video conference postgame and sat dead silent for 13 seconds before letting out a deep sigh and muttering, “That was a tough one.”

Those several seconds were lifeless, much like Virginia Tech’s performance on Saturday. The Hokies (4-5) were dismantled 47-14 at Heinz Field against Pitt (5-4).

“It’s incredibly disappointing just knowing how hard we work and the amount of care that we have for each other as a team,” senior captain Jarrod Hewitt said. “Very frustrating.”

Trailing 26-14 in the third quarter, Virginia Tech had a chance to make it a one-score game. After a pickup of three on first-and-goal from the 4-yard line, the Hokies were a mere yard away from a touchdown.

Those playing the odds would like the chances of Virginia Tech to score there. Instead, Jalen Holston was stopped for no gain on second down, a third down pass fell incomplete, and Hendon Hooker was smothered on the quarterback keeper up the middle at the line of scrimmage for a turnover on downs.

“On fourth and one, that’s a play we’ve been running for four years,” Fuente said. “It’s been pretty good for us. It worked pretty good every time we’ve run it through the history of time for us. It didn’t tonight. He got stuffed.”

“Fourth-and-one there, we’ve got to get that in,” said Khalil Herbert, who finished with 129 total yards. “There’s no if, ands, or buts about it.”

Still, Pitt was backed up at their own 1-yard line with no room to operate. Surely, Virginia Tech could get the ball back in good field position.

Wrong. After an incompletion on first down, Panthers’ quarterback Kenny Pickett proceeded to pick apart the Virginia Tech defense for passes of 10, 25, and 64 yards down the field on three consecutive plays, capping it off with a long touchdown pass to D.J. Turner to increase the lead to 33-14. More than anything, it was the sequence that epitomized Virginia Tech football on Saturday.

“I’m sure people are upset, but I mean, guys, we’re playing football in the middle of a pandemic,” Fuente said. “It’s the most extraordinary of circumstances we’ve ever seen… Do we expect to play and win? Absolutely, but the notion that’s it’s something terribly wrong or whatever is just ridiculous. I don’t think anybody has any concept of what these kids’ lives are like every single day trying to handle this.

“Should we still play better? Sure, absolutely, but let’s take things in a little bit of context here. We’re going to keep battling and fighting our tails off and doing right by our players and our staff and doing the best job we can.”

Two years ago at Heinz Field, the Panthers lit up the Hokies for 52 points and rushed for 492 yards, an opponent’s record against Virginia Tech. This loss may have been even more demoralizing.

This was not a juggernaut offense by any stretch of the imagination. Pitt came into the contest averaging 23.7 points per game in ACC competition. The Panthers doubled that output. Pat Narduzzi’s squad entered the game 14th in the ACC with 357.6 yards per game. On Saturday, Pitt had no problem gashing the Hokies for 556 total yards, including 404 passing yards from Pickett. The Panthers scored on all four drives in the second half.

“Defensively, we had a hard time getting pressure on the quarterback,” Fuente said. “Felt like in the first half he was getting the ball out so fast. We didn’t have much time to get pressure. In the second half, he held the ball and we still didn’t get pressure.”

Things weren’t much better offensively for the Hokies. In the first half, Hooker found success through the air to Tre Turner. He connected with the wide receiver for a 55-yard touchdown in the second quarter.

On the following drive, Hooker tossed it high in the air to Turner in the end zone, and the junior wideout came down with it over a defender for the 7-yard score. However, Turner was injured on the play and never returned.

From there, Virginia Tech’s offense sputtered and never got much going. The Hokies were just 3-for-11 on third down and 0-for-3 on fourth down.

“I guess it’d be easy to sit there and say you should have called something else. When you’ve got a whole category or a whole log of that play in crucial situations being successful, it’s pretty hard to go away from it.

“That’s the way it goes sometimes when you play good people… The philosophy is we’re going to take two downs to get a first down, as opposed to trying to kick a 57-yard field goal.”

After the offense had carried Virginia Tech through the beginning part of the season, the unit has hit a wall. It begs the question, would Fuente make any changes to the play calling, even going as far to take over as the play caller?

“No, that’s the most ludicrous crap I’ve ever heard,” Fuente said.

It will be a complete reset for Virginia Tech with no game this upcoming week after playing nine weeks in a row. The bye week comes at arguably the best time possible with the Hokies reeling, losers of three straight and four of the last five. It will be an opportunity to get some players healthy, including Christian Darrisaw, Doug Nester, and Jermaine Waller, who all did not play on Saturday.

“The older guys that have played a bunch of reps, they need rest,” Fuente said. “They need a break. They’ve been going at it since July. We haven’t had an off week. We haven’t had anything. I know our first game was postponed, but that certainly wasn’t a bye week. Those guys will get some rest, we’ll rep the other guys, and get ready for the stretch run.”

Following the off week, Virginia Tech will close the season against Clemson and Virginia. 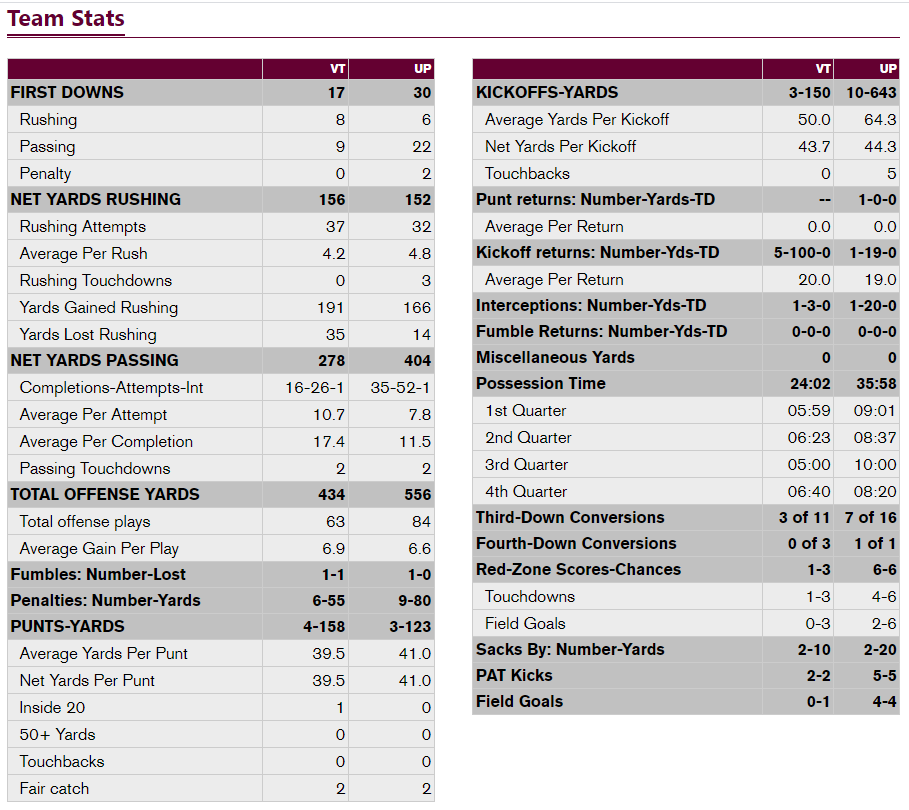 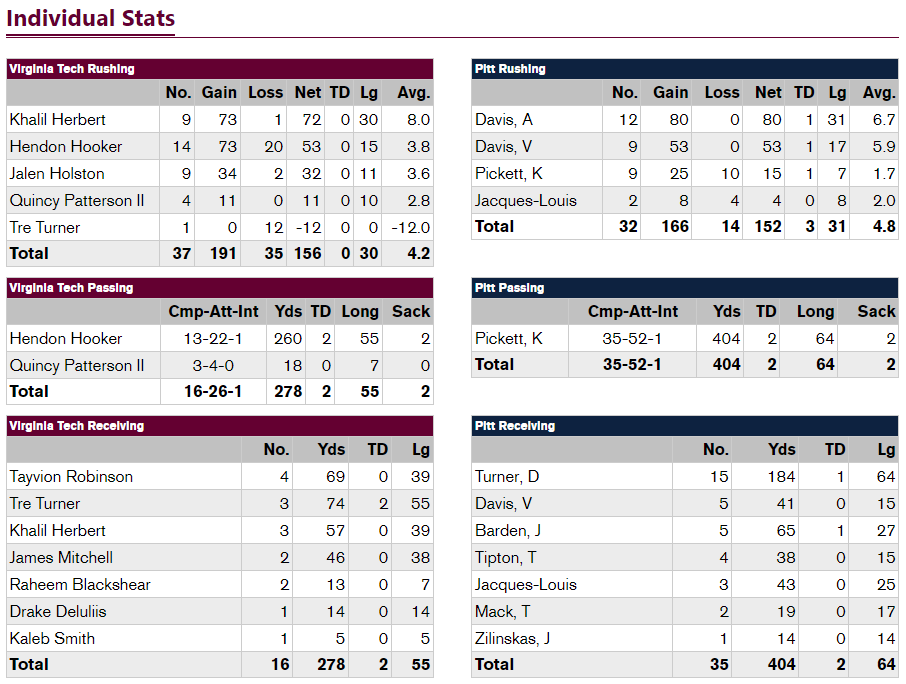 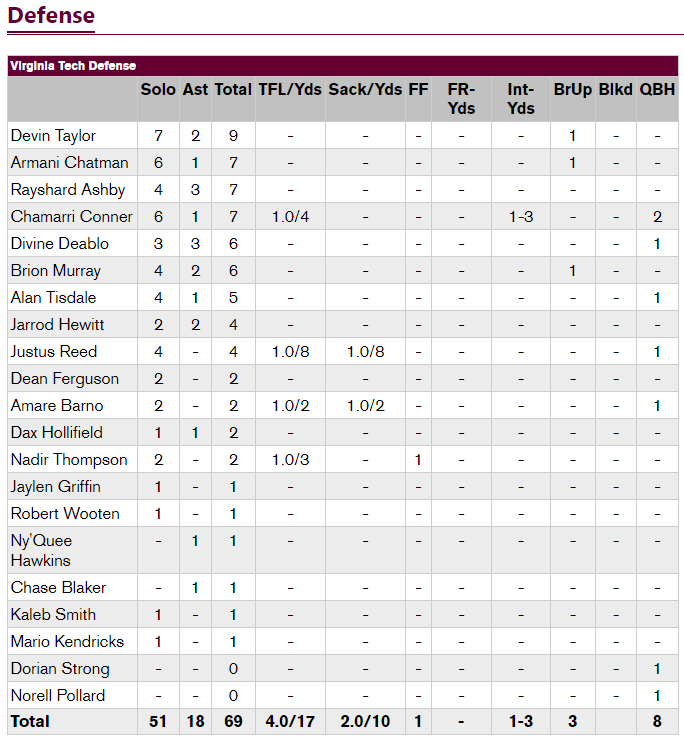