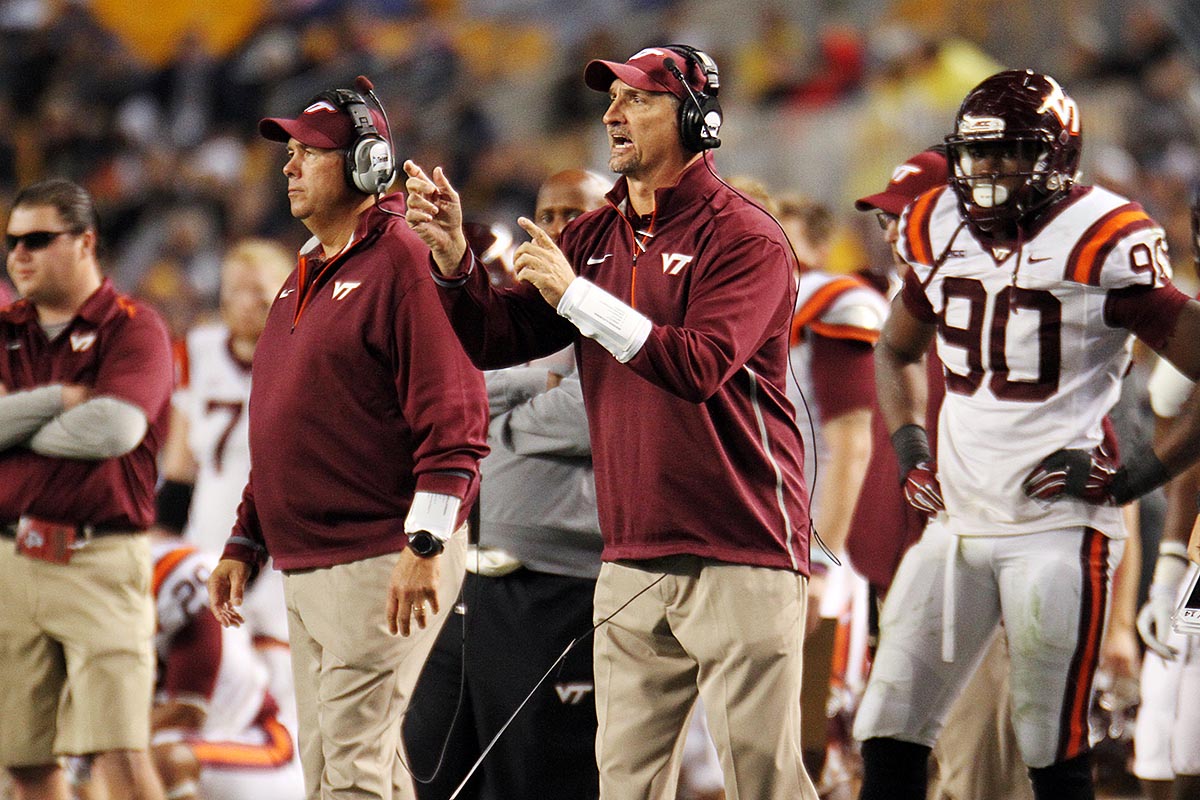 Back on March 18, Eric Carr noted in this TSL Pass article that Bud Foster may elect to play more zone coverages this year.  Eric was correct.  Foster told the media on Tuesday afternoon that he planned to get back to more zone in 2016.

Tech’s long-time defensive coordinator has always been known for his ability to mix up coverages and confuse opposing quarterbacks.  That’s one of this greatest strengths as a coach.  Unfortunately, he couldn’t use that strength as much in recent seasons, especially in 2015, because of the youth in the secondary.  It’s much easier to teach freshmen to play man-coverage.  They can often get lost in zone defenses.

“I don’t think it will be any different to me,” cornerback Greg Stroman said.  “It’s still football.”

Foster noted that r-senior safety Der’Woun Greene has been limited for the last couple of years because man coverage is his weakness.  He played quite a bit of free safety as a r-freshman in 2013, but hasn’t seen much time on defense since.  With more zone coverages, there could be an opportunity for Greene to get on the field.

“I think [playing zone] will benefit all of us,” Greene said.  “Playing a lot of man to man, you depend on the defensive line a lot more.  Playing zone, they depend on us.”

With Greg Stroman, Adonis Alexander and Terrell Edmunds advancing into their sophomore seasons, the secondary is expected to be able to run a more variety of coverages.  Edmunds in particular has had a very good camp.

“The guy in the back end that is really stick out right now is Terrell Edmunds,” Foster said. “He’s playing our rover spot.  Just very active, very physical…I’ve been real pleased with that move.

In the 1990s, Virginia Tech was noted for strong special teams units that were made up of many starters.  Guys like Keion Carpenter and Corey Moore took as much pride in their special teams performances as they did in their defensive play.  Look for the Hokies to get back to that type of football under Justin Fuente and new special teams coach James Shibest.

“We’re not going to sacrifice people unless they are ready to go play in open space,” Shibest said.  “The thing about special teams is you’re dealing with a lot of open space.  There’s a lot of field out there to cover.  It takes good athletes.”

Shibest should know what he’s talking about.  His special teams at Memphis and Ole Miss ranked amongst the nation’s best in efficiency.  Here are his numbers since 2008, which was his first season as the Ole Miss special teams coach…

It doesn’t get much better than that.  Memphis was in the top 15 in special teams efficiency all four years Shibest was there, and three of his four units at Ole Miss were in the top 33.  He’s fielded a top 15 special teams unit in each of his past five seasons as a coach.

“Attention to detail,” Fuente said when asked what makes Shibest such a great coach. “He’s incredibly fundamentally oriented.  We drill more fundamentals in special teams more than any place I’ve ever been.”

Fuente went on to note that he won’t shy away from putting starters on special teams.

“Absolutely.  It’s a huge part of the game.”