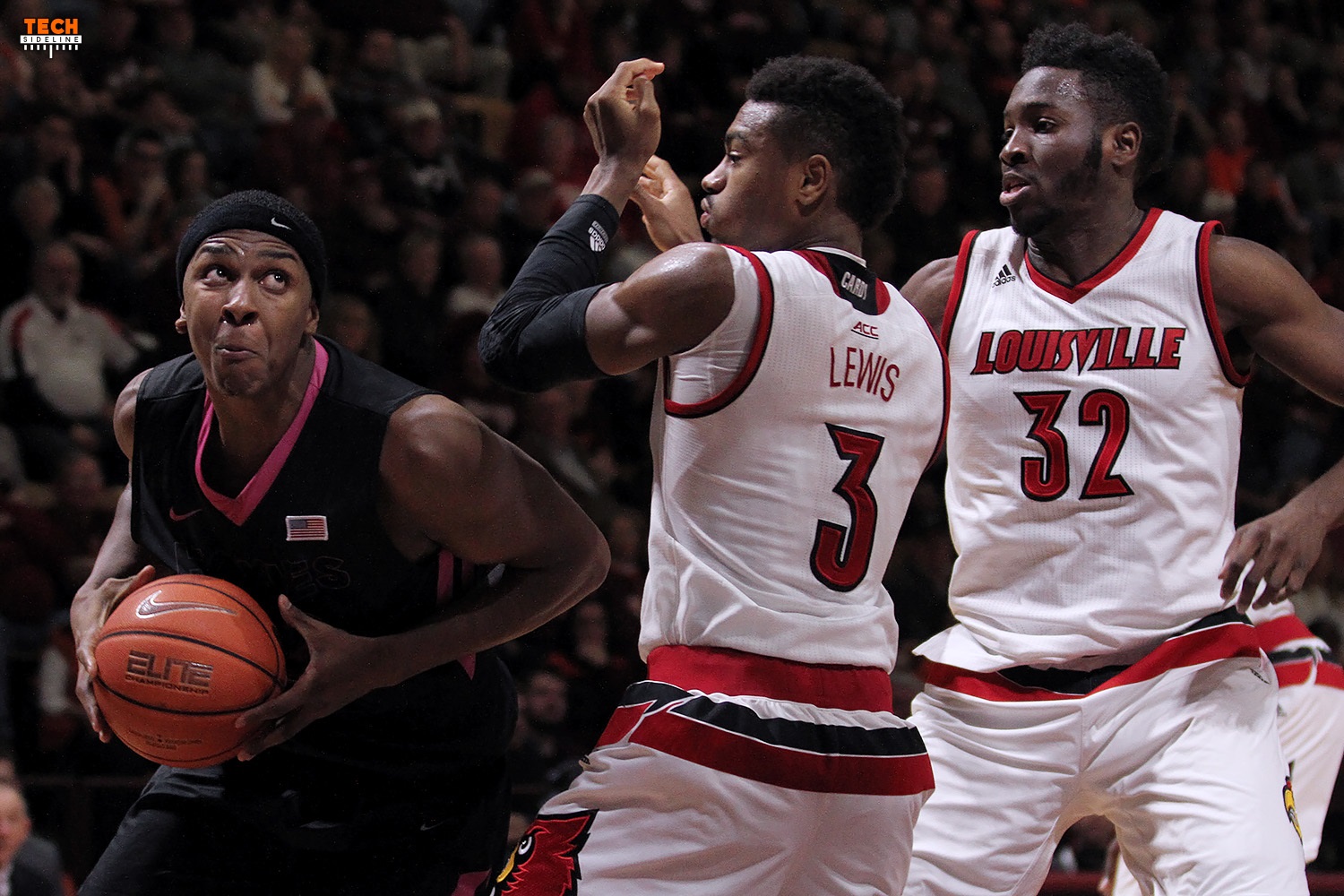 Virginia Tech played another good opponent down to the wire, but ultimately lost to #14 Louisville 91-83 in Cassell Coliseum on Wednesday night. The Hokies lost their third game in a row, dropping to 12-9 overall and 4-4 in the ACC. The Cardinals improved 17-3 overall and 6-1 in league play.

Louisville came into the game #4 nationally in offensive rebounding rate, and #5 in total rebounding rate, yet they outrebounded Tech only 31-28, and both teams were even at eight on the offensive glass. They are also #22 in the country in forcing turnovers, yet the Hokies committed three fewer turnovers than the Cardinals.

Buzz Williams emphasized those two things in practice leading up to the game, and the Hokies executed flawlessly. The gameplan defensively was to deny Louisville on the inside, while limiting them to outside jumpers. Again, Tech executed flawlessly. Unfortunately for the Hokies, the Cardinals were a scorching hot 12-of-18 (66.7%) from three-point range, and that was ultimately the difference in the game.

“[Only] Three of those three-point makes weren’t contested,” Williams said following the game. “They hit some great shots. Those two graduate transfers were huge.”

Graduate transfer Damion Lee was 6-of-7 from three-point range. For the season he is 37.7%. Trey Lewis was 4-of-7, and for the season he is 39.4%. Those two fifth year players, while normally good from the outside, were lights out against the Hokies. That was the difference in the game.

Four Hokies scored in double figures. In fact, they were the only Tech players to score during the game.

Kerry Blackshear got in foul trouble early in the game and eventually fouled out after playing only 14 minutes. Bibbs was also limited to 24 minutes because of foul trouble.

The game was tightly-called for the most part, with both teams being whistled for a total of 54 fouls. While the foul trouble hurt Tech’s rotation, it enabled the Hokies to take and make a lot of free throws. They were 33-of-38 (86.8%) from the charity stripe. Unfortunately, that impressive feat was wasted in a loss.

“We’ve got to just move on,” Seth Allen said following the loss. “It’s a long conference season, and we’ve got two road games coming up. I already told [the team] that road games are really important, you really need to grab some road games.”

The Hokies will get an opportunity to grab a road game on Sunday night when they take on the Pitt Panthers. Tipoff is scheduled for 6:30pm, and the game will be televised by ESPNU.