It’s time for an infographic update from OXVT. Today’s focus will be on football as usual, but we’re going to start you out with an interesting basketball fact.  Note: you can click on each infographic for a larger version. 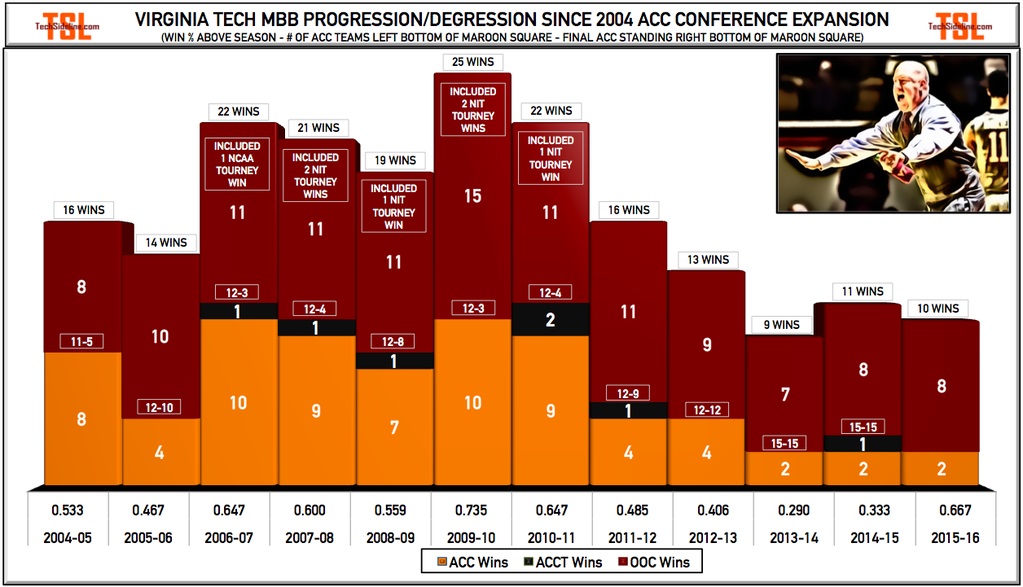 At this point, it’s safe to say that year two of the Buzz Williams era will be more successful than the first, and that the team has improved since last season.

Now, on to football. Virginia Tech has a pair of young offensive players who have made a big impact early in their careers. You already know that Isaiah Ford is on pace to break the all-time record in receptions and receiving touchdowns at Virginia Tech, but he’s also moving his way up the list in receiving yards.

Travon McMillian, who was a part of the 2014 recruiting class with Ford, had an impressive r-freshman season for the Hokies. He because only the third freshman to rush for 1,000 yards in a season under Frank Beamer (Kevin Jones would have also done so, had bowl games counted towards the stats back in 2001).

Though Virginia Tech’s defense obviously dropped off this season, they still lead the nation in sack percentage since ACC expansion back in 2004. In fact, they hold a substantial lead over the rest of the country.

Also, despite the dropoff in 2015, Virginia Tech has fielded the best overall team defense in the conference since the ACC expanded. They are just ahead of Clemson and Florida State, though the Tigers have made a strong push up the list over the last couple of years. 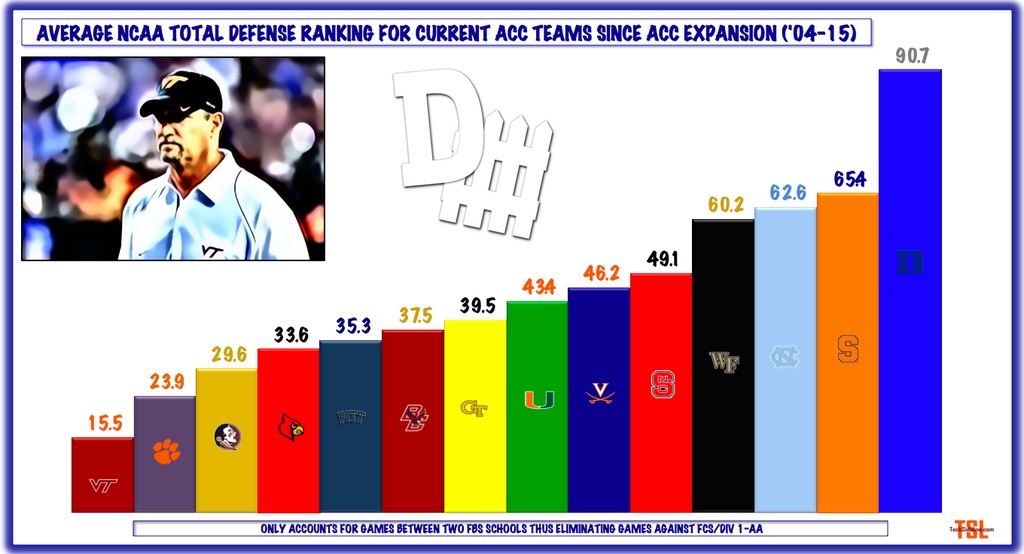 The Hokies also extended their scoring streak in 2015. Though Tech has struggled quite a bit offensively over the last decade, they’ve still managed to maintain this impressive streak. Only Florida, TCU, Air Force and Tennessee have scored in more consecutive games than Virginia Tech. 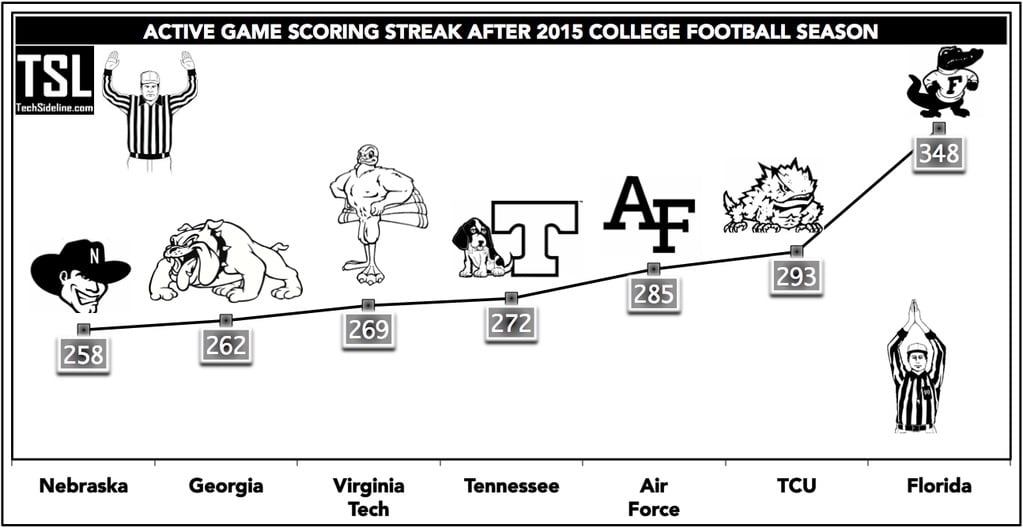 Finally, here’s a listing of the most recent bowl wins of each Power 5 conference team. Poor Indiana has not won a bowl game since 1991. Colorado hasn’t won a bowl since 2004, while our neighbors to the northeast haven’t celebrated a postseason win since 2005.