Buzz Williams and Tech’s basketball players met with the media on Monday. Here are some notes and quotes, as well as over 26 minutes of video interviews.

Virginia Tech will be without junior college transfer Ty Outlaw for the 2015-16 season. He will redshirt due to a “medical condition” according to Buzz Williams. Williams did not elaborate on the medical condition, and Outlaw did not stick around for interviews.

Outlaw is a 6-6 wing who is known for his toughness and his three-point ability, committed to Virginia Tech over the summer. He originally played basketball for UNC Greensboro, but he wanted to play in the ACC so he decided to attend Lee College in Texas to get more exposure.

Outlaw was expected to play a lot for Buzz Williams this year. With his loss, and the potential loss of Ahmed Hill for the entire season, Tech’s wing depth isn’t nearly as good as it looked like it would be a few months ago.

Allen and LeDay Read to Contribute

Seth Allen and Zach LeDay redshirted last season after transferring from Maryland and South Florida, respectively. Both are expected to be heavy contributors this season.

“I don’t know that on a 13 man roster that you would always want to redshirt two transfers,” Buzz Williams said. “I think most coaches would say they would like to redshirt one every year…but considering when we took the job and what was available and trying to make good long-term decisions as much as possible…”

With Allen and LeDay sitting out, that severely limited Williams’ options during the course of the season.

“That was a big bite, knowing we had two empty scholarships for that particular season,” Williams said. “We hope the investment in our program’s future was the right play specific to those two. But it is much more comforting knowing they are eligible, for sure.”

Allen averaged 13.4 points per game for Maryland as a sophomore during the 2013-14 season. He is originally a native of Woodbridge, VA. He is expected to start at point guard for the Hokies this year. He brings experience and a natural scoring ability to the court.

As a veteran, he has also assumed a leadership position.

“I told Justin [Robinson] today that I just see myself in them (the younger players),” Allen said. “I came to college at 17, and he just turned 18 today. I remember being clueless and having my older guys teaching me. It helped tremendously.”

LeDay played for two seasons at South Florida. Current Tech assistant Steve Roccaforte helped steer him to Blacksburg, and he hopes to make an impact this season. He’s a slightly undersized power forward, but he thinks he can make an impact on the boards this season, as well as setting an example for how hard to play.

“For sure, rebounding and just getting everybody to play hard,” LeDay said when asked where he can contribute the most this year. “When you play hard, rebounds just fall into your hands.”

Williams to Make the Call on Whether Hill Redshirts

Sophomore guard Ahmed Hill suffered a partial tear of his patella tendon over the summer. He could potentially play this year, and Buzz Williams will make the final decision on whether or not to redshirt him.

“I don’t have a decision on Med,” Williams said.”I will make the final decision, and I’ll let he and his mom be a part of it. I want to make the decision based on the wisdom of doing this for a long period of time. If you let the kid make the decision, they always want to play.”

Hill averaged 8.7 points per game a year ago while shooting 38.6% from three-point range. He played 29.6 minutes per game. Known as perhaps the hardest playing guy on the team, he would be a big loss for this season. However, a redshirt year might be best for his long-term future. Williams made it clear that he wants to be very careful.

“I’ve studied a lot of that stuff specific to knee injuries, and the probability that you injure the other knee is always really high because you overcompensate, and what you are overcompensating for is your lack of strength. The problem with strength is that it just takes time, and no matter what you do it’s hard to replenish.” 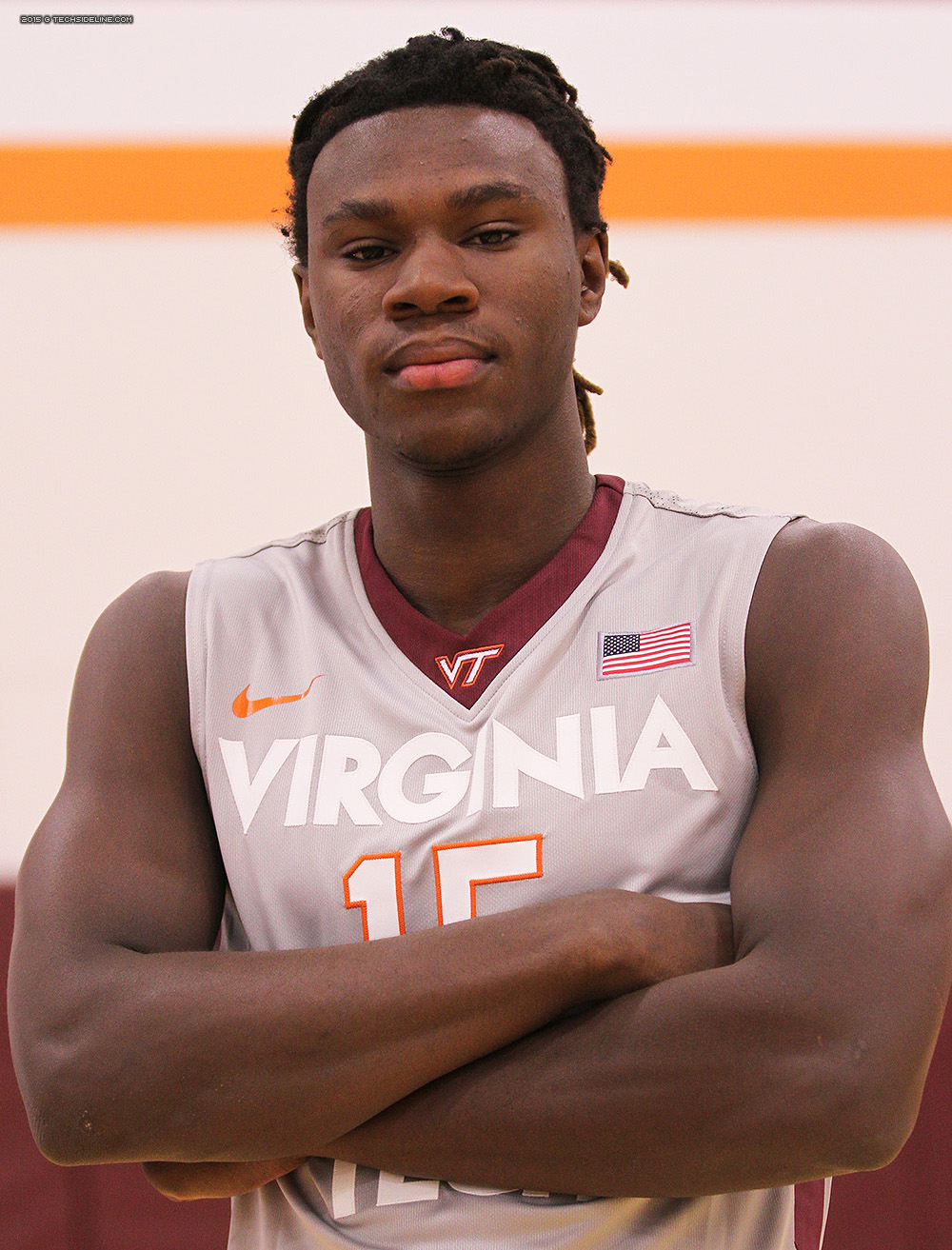 Going through boot camp with Buzz Williams was a new experience for Virginia Tech’s freshmen. They heard stories about it while being recruited, but they all agreed that it was great for team unity.

“It’s everything I heard about, I just didn’t expect it would be to that magnitude,” Chris Clarke said. “A lot of running. But I felt like it was good because it brought our team together.”

“It was intense,” Justin Robinson said. “We pulled together well as a team. It was six days of straight work…I think we handled it really well. We attacked a lot of days well. It kind of showed us what our team is actually made of.”

What exactly takes place in boot camp? Players aren’t allowed to get into specifics. As Will Johnston told us in our summer series: “We’re not allowed to say what happened in boot camp.”