Two tweets on VT Football’s Twitter feed this morning reveal that season tickets and mini-plans are in short supply. 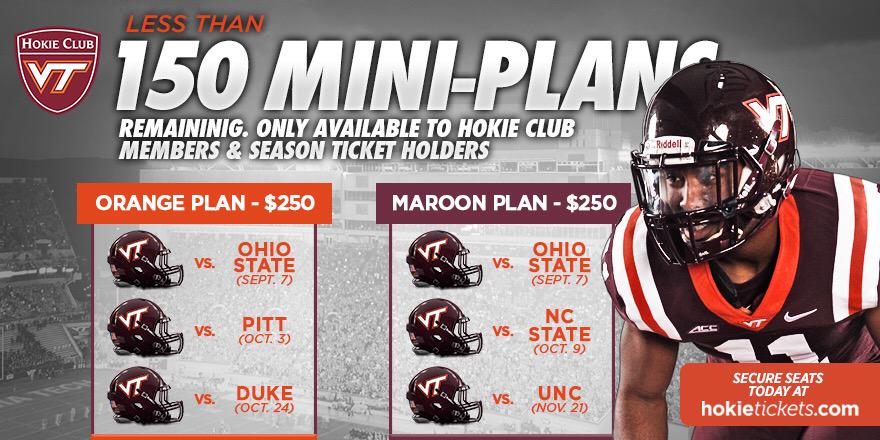 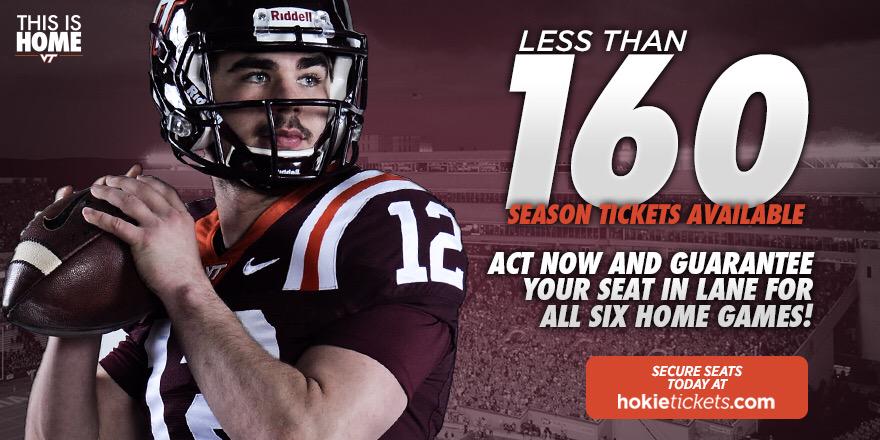 (Purists will note the misuse of the word less — “fewer” would be grammatically correct — and a typo on REMAINING slipped through in the first graphic, but hey, we make plenty of mistakes here at TSL. Moving on ….)

Fans in the seats are different than tickets sold, of course; actual attendance has been dwindling in recent years, as evidenced by crowd shots like this one from last year. 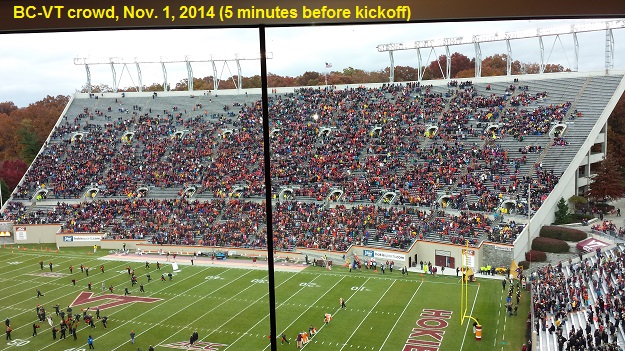 But the revenue that ticket sales bring in is ever more critical in the modern era in college athletics, with spiraling costs that show no sign of slowing down. Virginia Tech is growing an athletics program that may one day have a $100 million budget (revenue was $73 million in 2013-2014), and taking a step backwards in football ticket revenue would hinder progress and competitiveness.