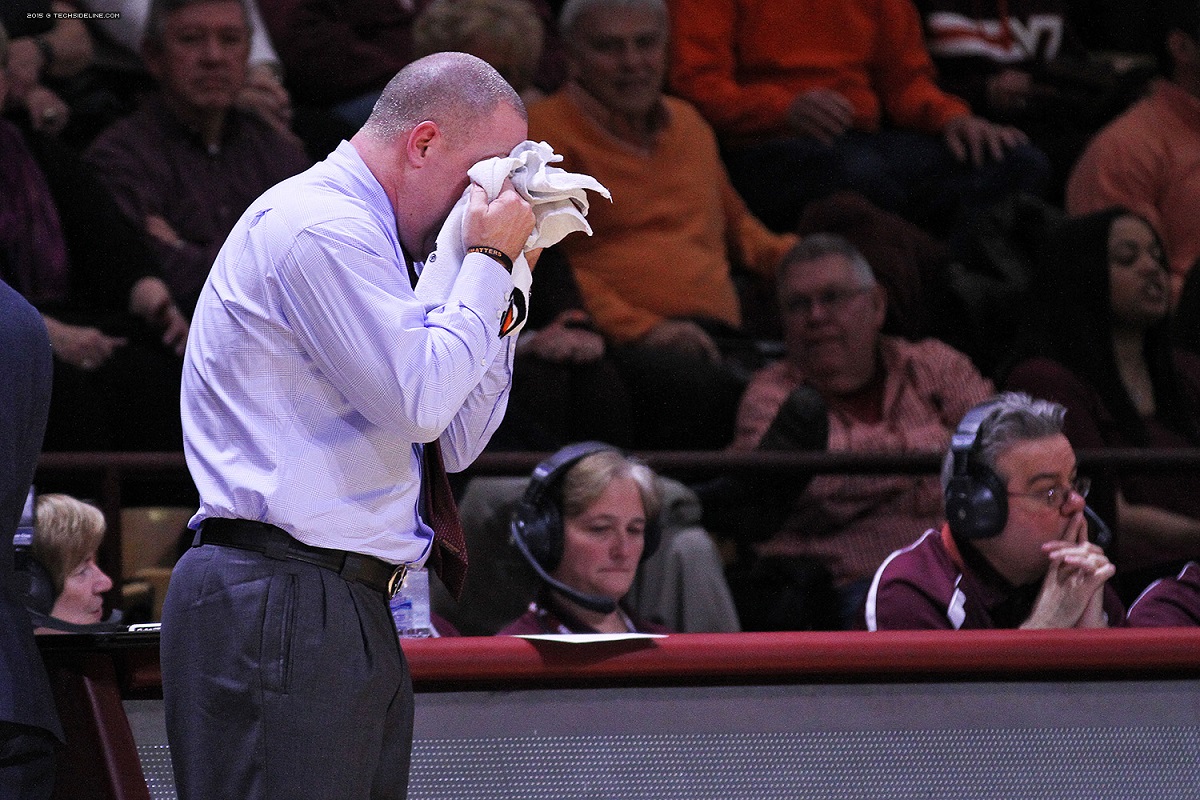 Virginia Tech played a poor second half, turning a 10-point halftime deficit into a 25 point loss at home to #8 Notre Dame on Thursday night.  The Hokies dropped to 8-10 overall and 0-5 in the ACC with the loss, while the Fighting Irish jumped to 18-2 overall and 6-1 in conference play.

Notre Dame, which entered the game shooting over 52% from the field and was #1 in the country in offensive efficiency, shot 12-of-26 (46.2%) from three-point range en route to an 85-60 victory.  The Irish had just six turnovers (they entered play #2 nationally in turnovers per possession), and they outrebounded the Hokies 43-29.

The Hokies played without r-junior Joey van Zegeren yet again.  It was announced before the game that van Zegeren will not play the rest of the year, and he will leave the program at the conclusion of the season.

“I have handled it, I promise you, the best possible way that I believed to handle it,” Buzz Williams said. “He’s a good kid, it was not an easy decision in any sort of way. He’s in school, he’s going to graduate. That’s important to him, it’s important to his family. That was the decision that I made and obviously I didn’t make it very quick.”

The Hokies were also without leading scorer Justin Bibbs for the second straight game.  Bibbs is suffering from a concussion.

“Offensively, they are just so potent,” Williams said. “It’s hard to figure out where your help can come from. They make you pay based on your decision of where you’re going to help.”

Senior guard/forward Pat Connaughton, a minor league pitcher in the Oriole organization who has a 96mph fastball, had 17 points and 10 rebounds.  He was 5-of-6 from three-point range.  6-10 center Zach Auguste blitzed Tech for 16 points and eight rebounds despite only playing 20 minutes because of foul trouble.

Ahmed Hill paced Tech with 13 points.  He also had five rebounds and four assists.  Jalen Hudson added 12 points, while Devin Wilson had 11.  Satchel Pierce had four points and six rebounds in 21 minutes, while Christian Beyer had seven points, three rebounds and a steal in seven minutes off the bench.

The Hokies return to action on Sunday when they host #2 UVA at 1pm.  The Hoos will be coming off a 57-28 win over Georgia Tech.