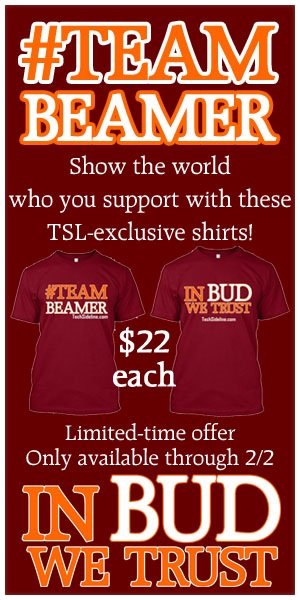 BLACKSBURG – The Virginia Tech Athletics Department announced Tuesday several date changes to its non-conference football dates. With the addition of Notre Dame in 2019, the department has moved future contests with Penn State and Wisconsin and announced the addition of another Big Ten Conference school to its future football slates to go along with previously announced opponents from Power 5 schools.

The scheduling of the 2019 Notre Dame game on Nov. 2, which was announced in mid-October, left the Hokies with only five home games that season and necessitated the shifting of future games.  Virginia Tech will also play at Notre Dame on Nov. 19, 2016, and will play host to the Fighting Irish in Blacksburg on Oct. 13, 2018 and Oct. 9, 2021.

“Our goal is to have at least six home games every year,” Tech Director of Athletics Whit Babcock said. “So we needed to do some rearranging to make this happen, and both athletics departments at Wisconsin and Penn State were gracious enough to work with us.”

Also, Babcock announced that Tech and Rutgers will be renewing a rivalry from the two schools’ days in the BIG EAST Conference, as both athletics departments agreed to dates for a future home-and-home series in football. The Hokies will go to Piscataway, New Jersey, for a game on Sept. 16, 2023, with Rutgers returning the trip to Lane Stadium for a game on Sept. 21, 2024.

Rutgers will become the sixth Big Ten school to be added to the Hokies’ future schedules. In addition to Penn State and Wisconsin, Tech plays Ohio State next season and Purdue in 2015 and 2023, and also has a future series lined up against Michigan. The Hokies also have games against Tennessee (Battle at Bristol) in 2016 and West Virginia in 2017 at FedExField in Landover, Maryland, as well as a home-and-home with the Mountaineers in 2021 and 2022. For a look at the Hokies’ future schedules, click here: http://www.hokiesports.com/football/schedule/future

“I am very pleased with our future scheduling,” Babcock said. “Jim Weaver, Coach Beamer and John Ballein were ahead of their time on advance scheduling and strength of schedule, which is so important in the new playoff structure. It’s nice to be the recipient of their proactive efforts and our fans and players will ultimately be the beneficiaries. We want to be the best and play the best. We want to bring marquee games to Lane Stadium. This schedule sets up very nicely for us over the next decade. We may make some slight tweaks, but, in general, we are set for the next 10 years.”

Tech and Rutgers have played 15 times, with the Hokies winning 12 of those. The two programs played 12 straight years while in the BIG EAST from 1992-2003. The Hokies currently have a 12-game winning streak over the Scarlet Knights.