In part 2 of this week’s infographics series, we will concentrate on the Hokie defense, and we’ll examine its performance this season, as well as historically.

Let’s get to the details.

Playing behind the line of scrimmage 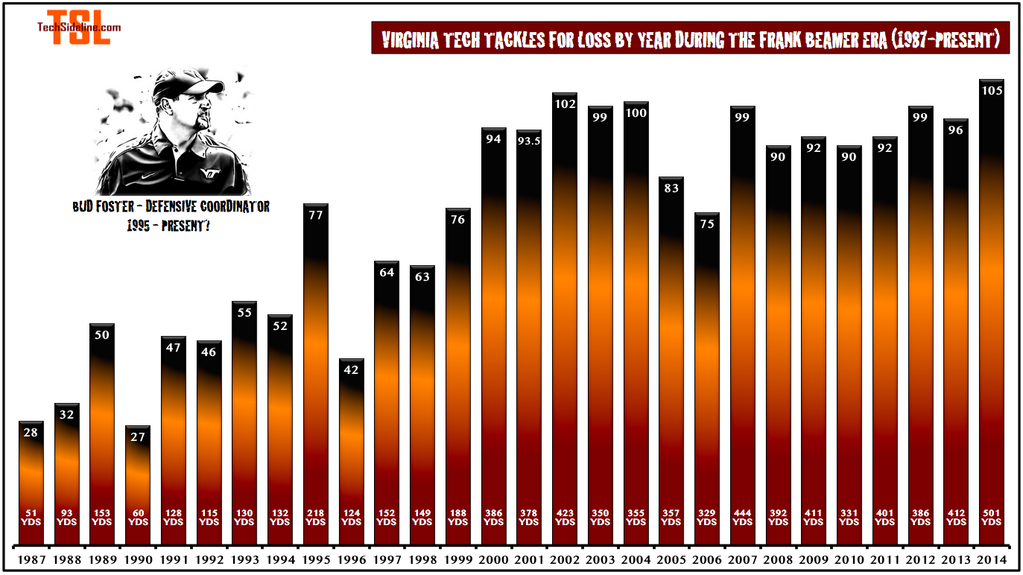 You might be thinking, “Sure … but that’s for 12 games. Some of those other years were only 11 games [every season prior to 2002 was only 11 games worth of stats, as bowl game stats were not included]. Did they REALLY set the record, from a TFL-per-game standpoint?” 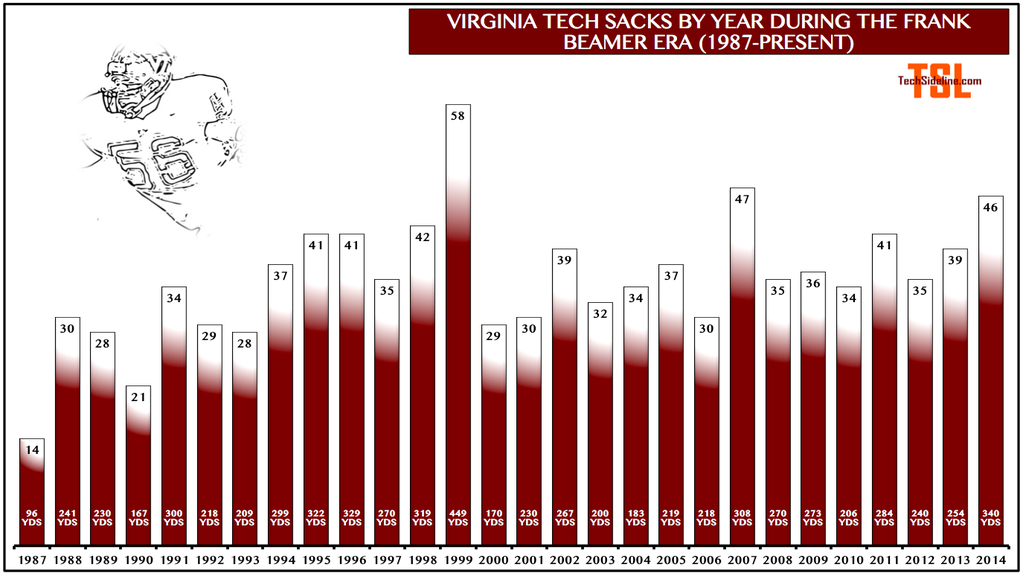 With two sacks in the bowl game, the Hokies will set the second-highest mark for sacks in the Beamer era. Note that the current #2, the 2007 season, was accomplished in 14 games.

This hasn’t been one of Tech’s better years for interceptions, though they still reached double figures with one more game to go. That’s every season since 1988. 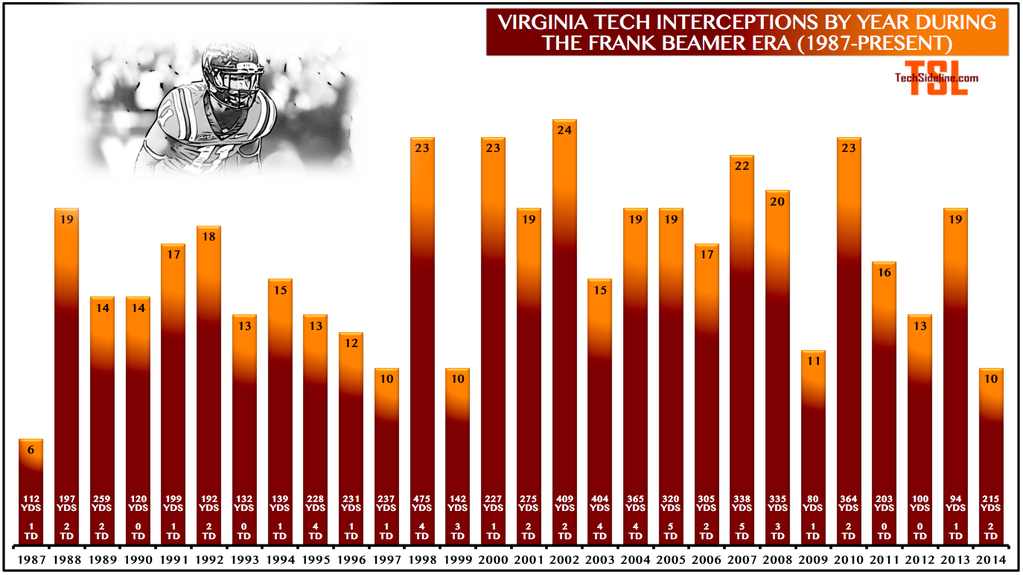 Just as important, VT continues to hold their lead in the category of most interceptions since the 2000 season. They still lead Oklahoma (12 so far this season) by 13 interceptions. 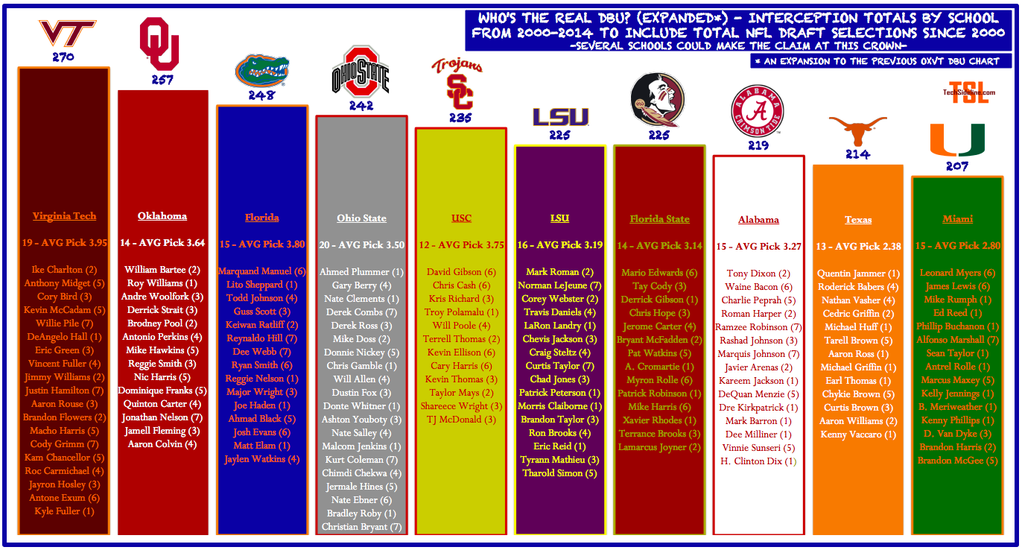