Infographics for this week’s game against Wake Forest

The Hokies are one win away from going to their 22nd straight bowl, the longest streak in college football (caveat: Florida State vacated their 2006 Emerald Bowl appearance, due to an academic scandal).

First, let’s take a look at the streak – as always, click for a larger version of the infographic. 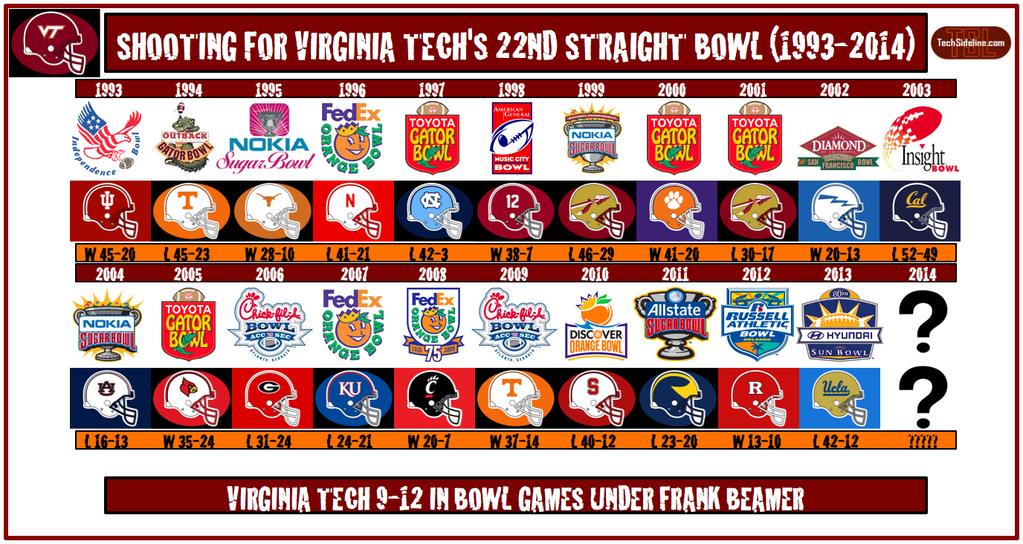 To make a bowl, VT has to beat either Wake Forest or Virginia in their last two games (both would work better). Tech’s prospects are pretty good to make that happen. 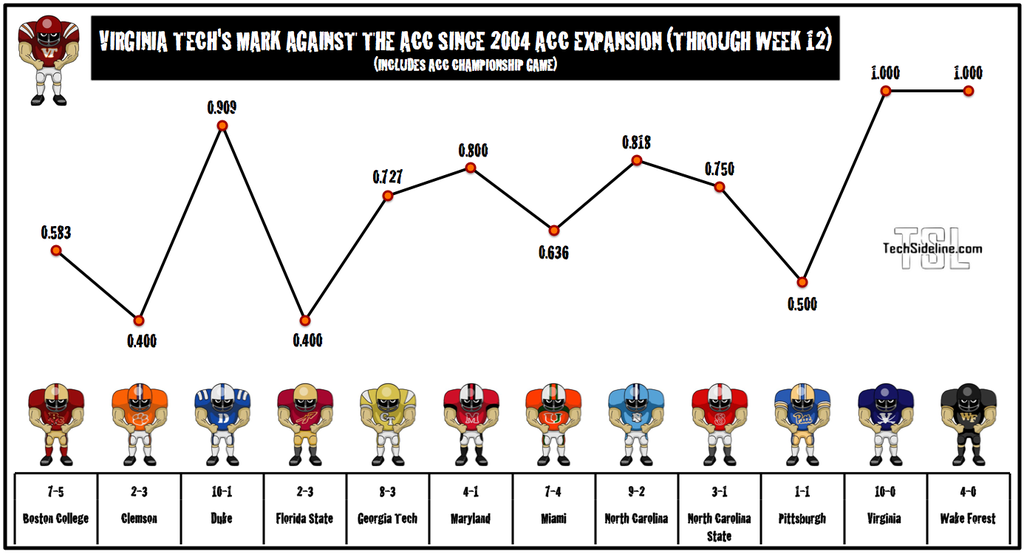 Updates after the Duke game: things that got better

The Duke win came after a bye week. Tech historically isn’t very good after a bye week, but the win over Duke boosted VT’s post-bye-week record to 16-11 overall since 2000, 9-5 on the road. 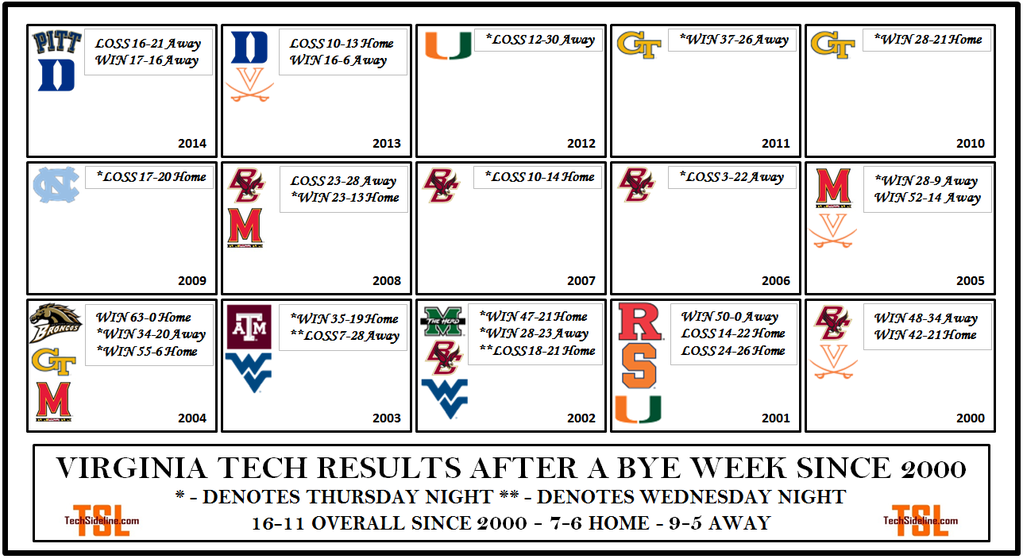 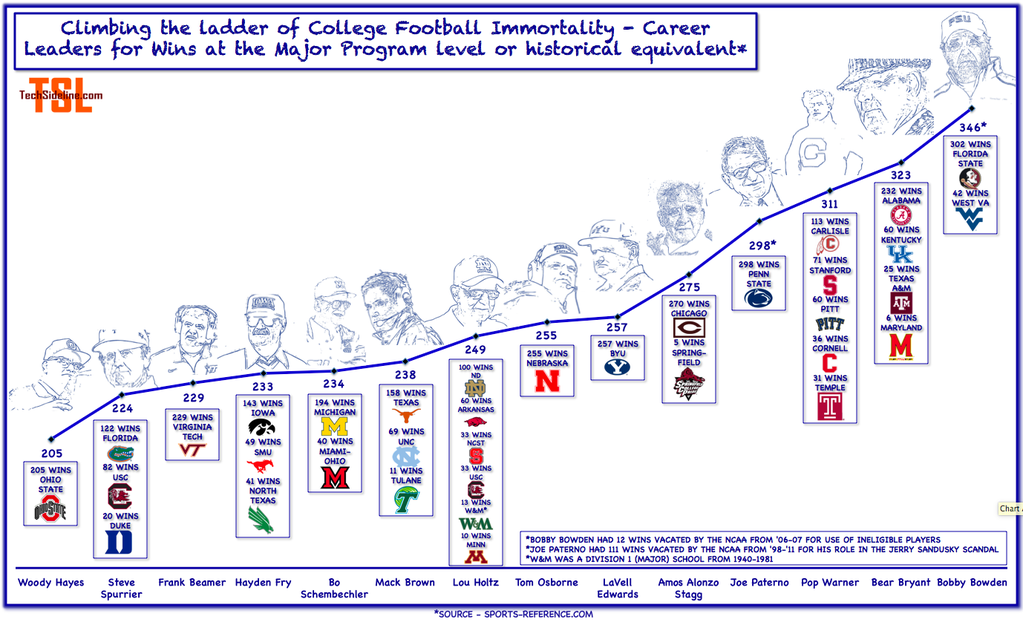 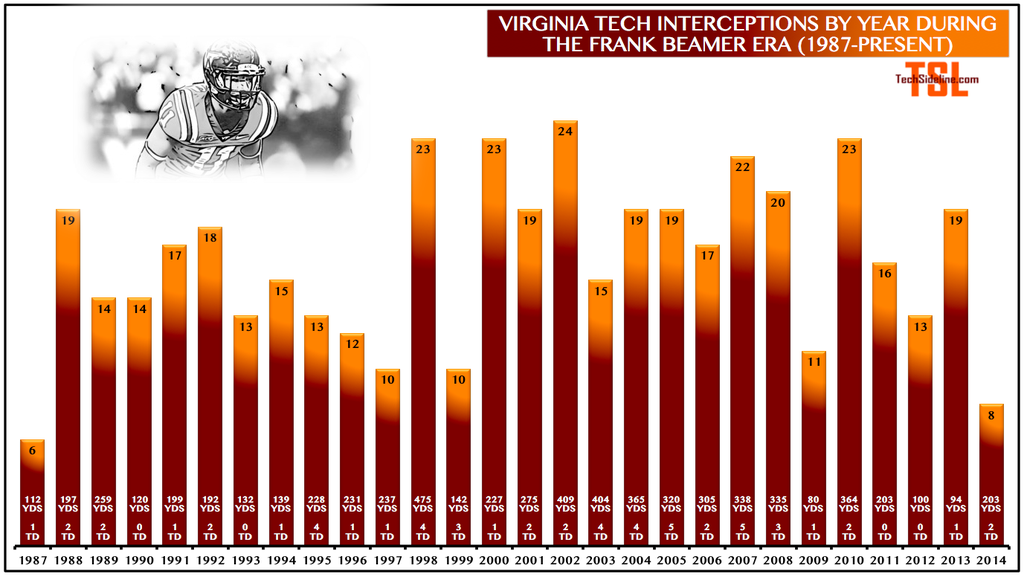 Bud Foster’s D notched four sacks vs. Duke to raise their season total to 35 – on pace for highest total since 2007. 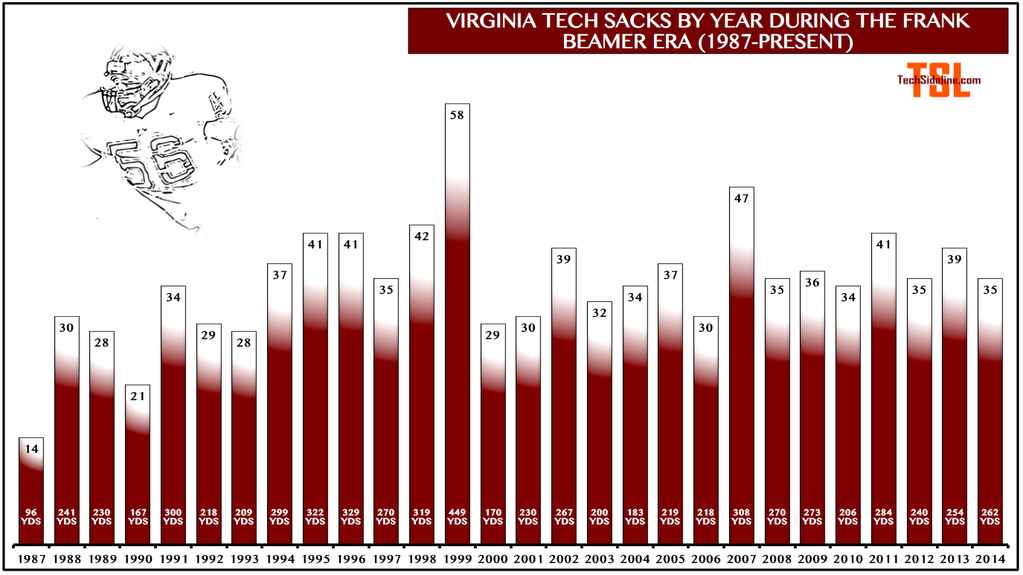 Virginia Tech’s 3-1 advantage in Turnover Margin vs Duke creeps them closer to the Mendoza Line for the 2014 Season. 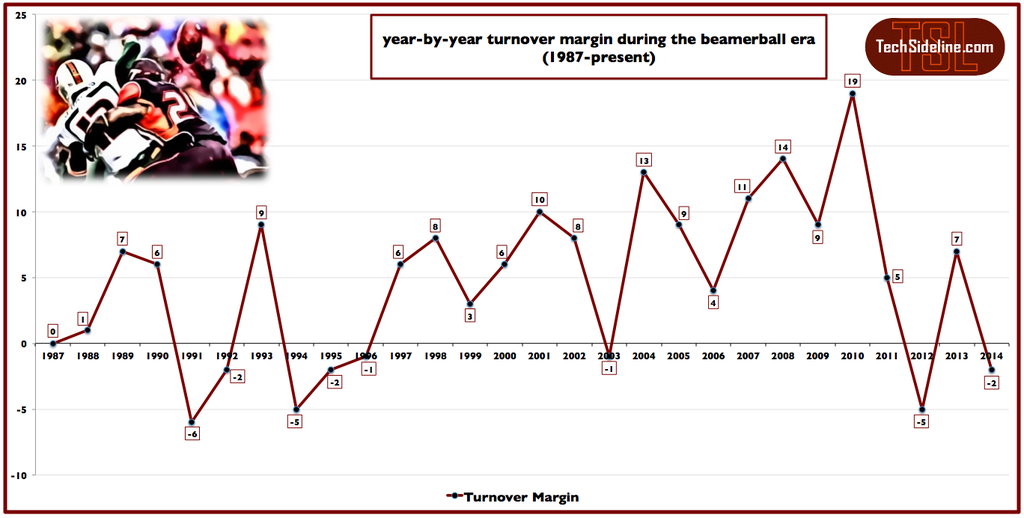 Here’s a look at the Hokies points off turnovers in their last three wins against ranked teams on the road. 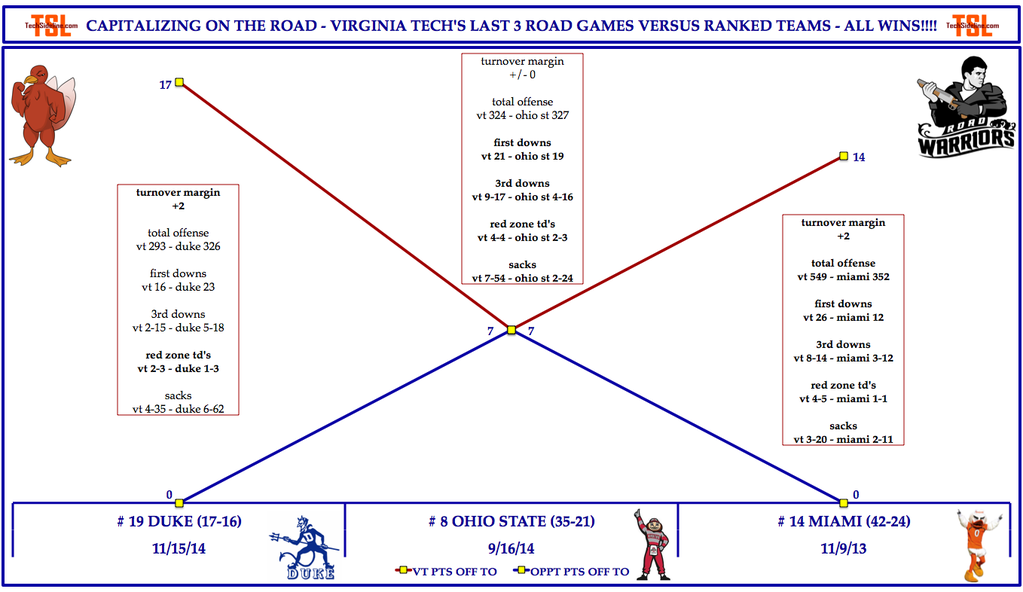 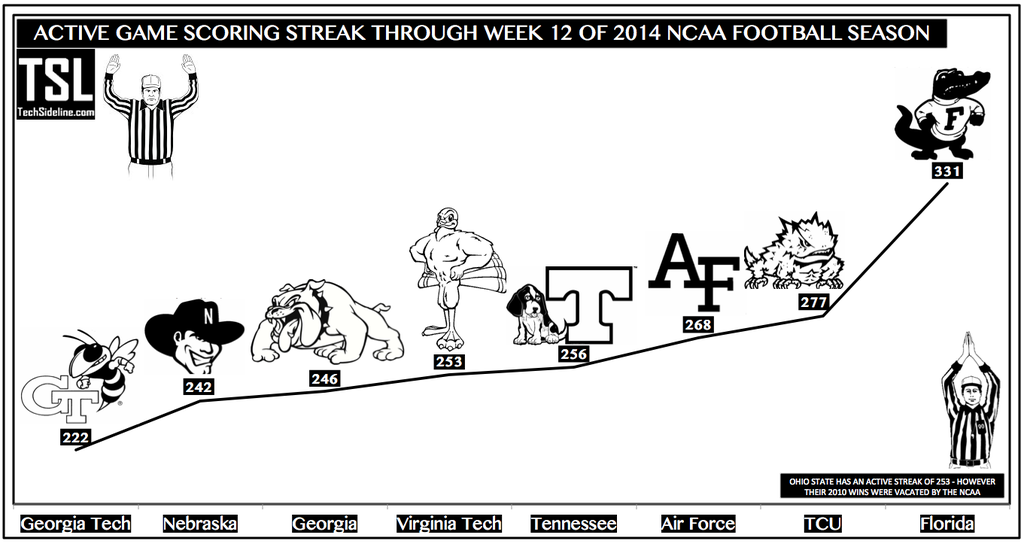 Touchdowns by Bucky Hodges and Isaiah Ford vs. Duke increase Freshman % of Scoring at the Skill Position to 78%. (Is this good or bad, haha?) 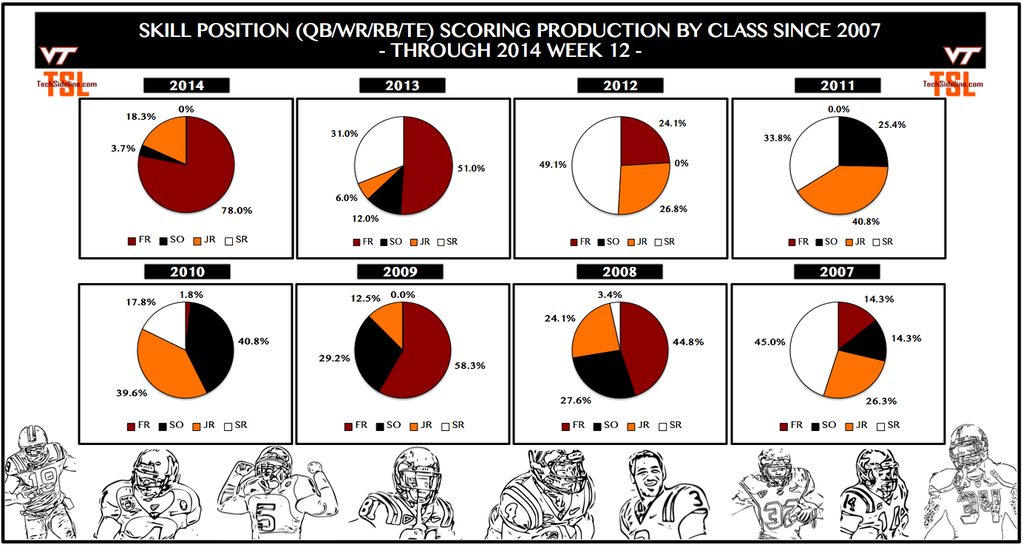 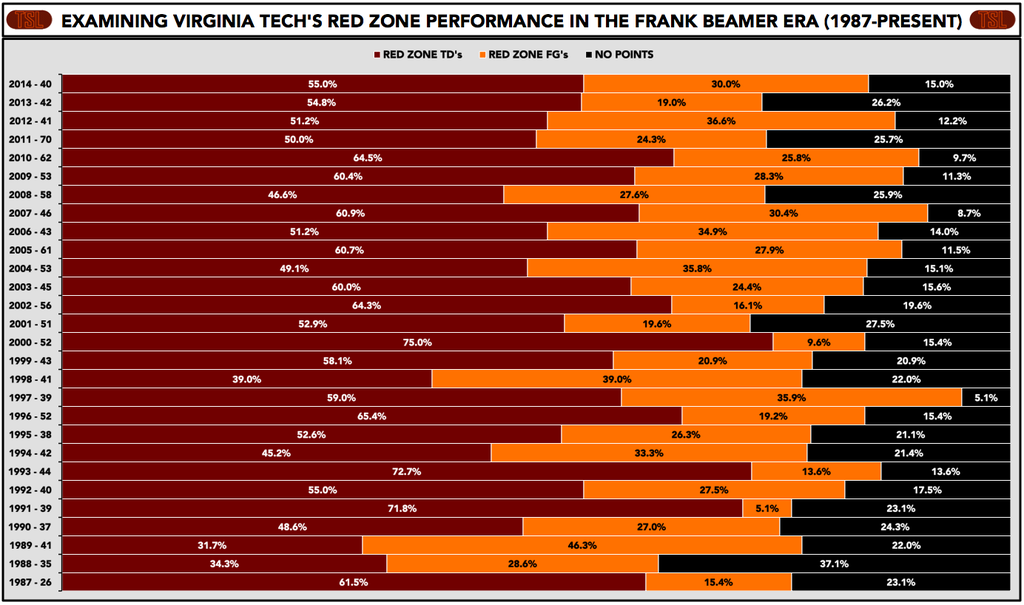 VT had a slim 145-141 rushing advantage vs. Duke, which decreased their Rush Yards Per Game gap … VT has not been outrushed by their opponents since 1987. This stat is probably going to get better against Wake Forest, because the Deac’s running game doesn’t have a pulse. 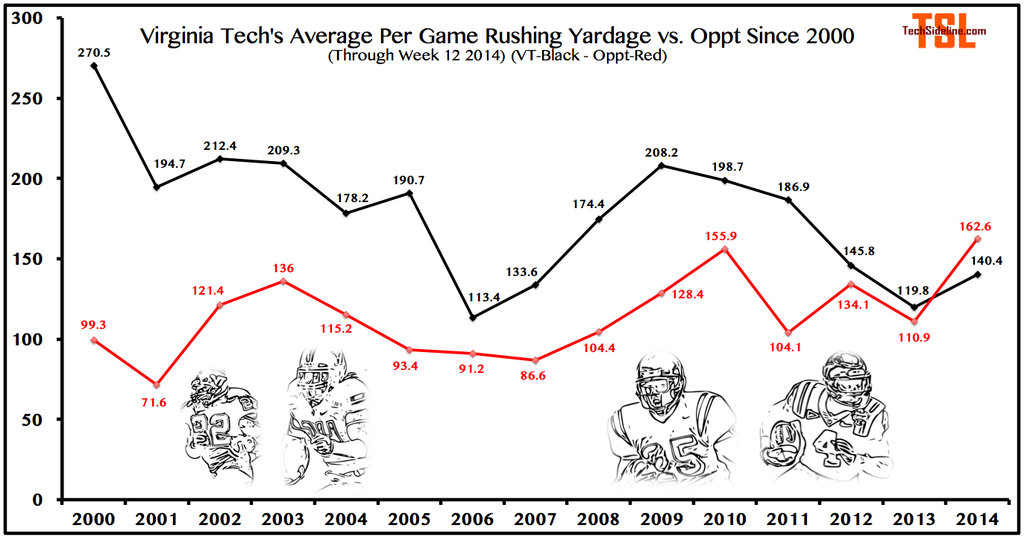 10 of 16 first downs via the rush increases Tech’s season rushing first down percentage to 38% — still historically low for a Beamer-coached team. 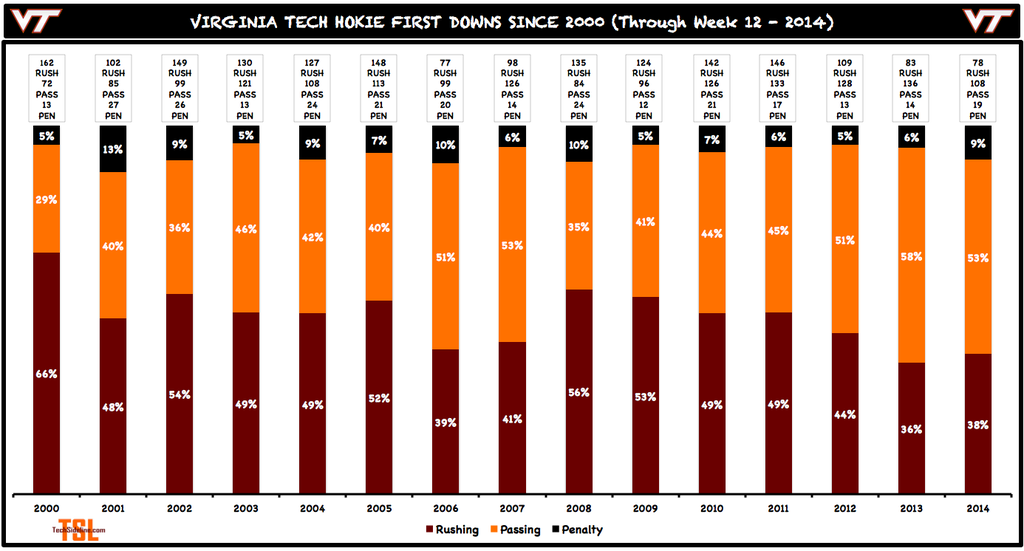 Updates after the Duke game: things that got worse

The Hokies were outgained by Duke 326-293, reducing Tech’s total yardage margin for the season: 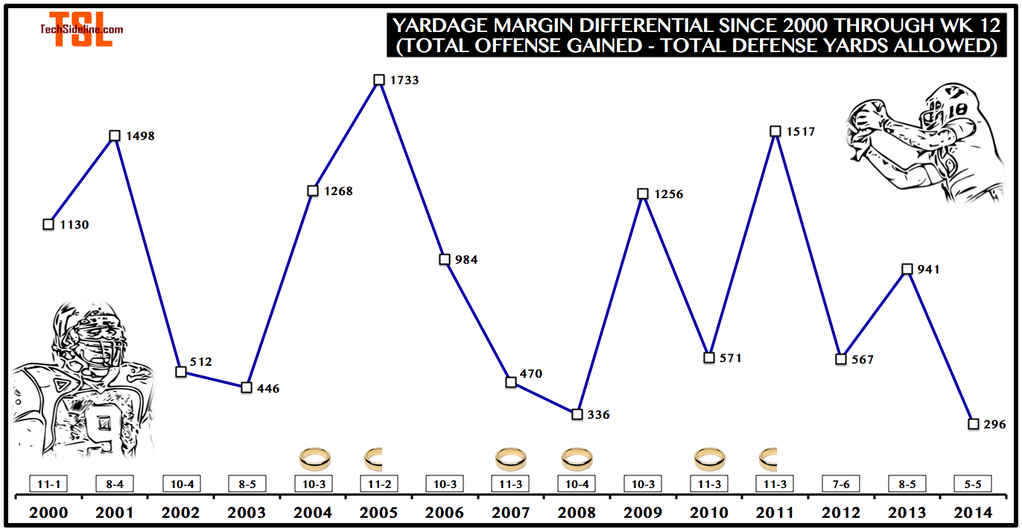 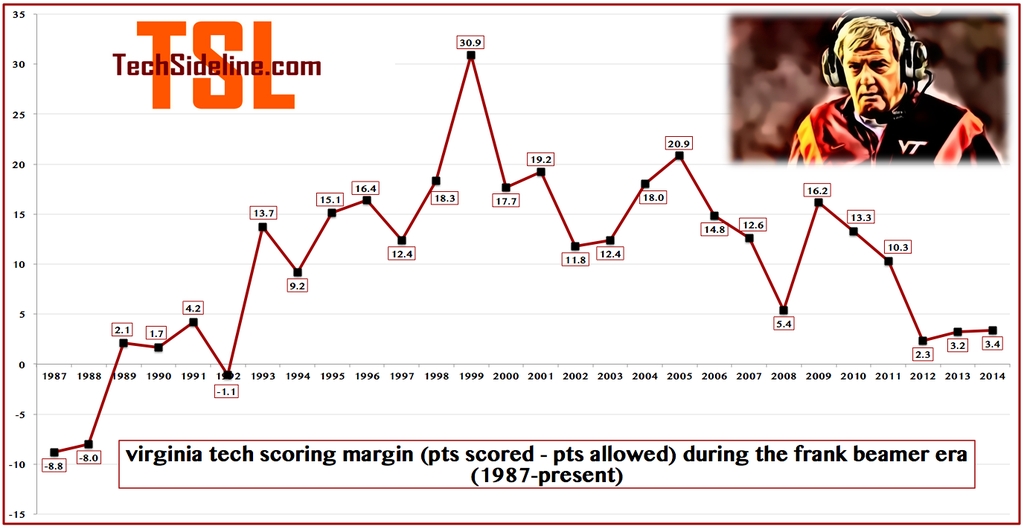 Virginia Tech’s national defensive ranking improved to 25th after the Duke game, but the offensive ranking (yards per game) took a hit, and now resides at #91. 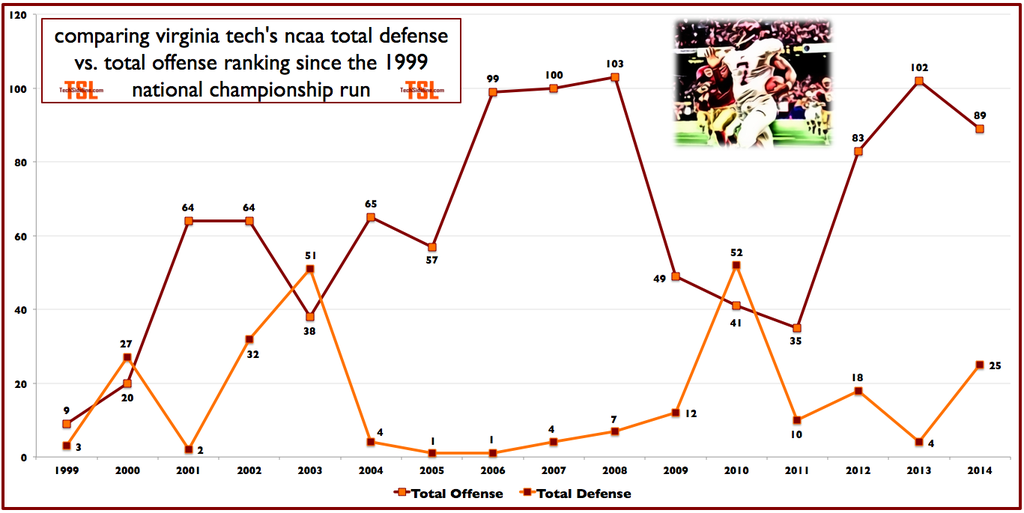 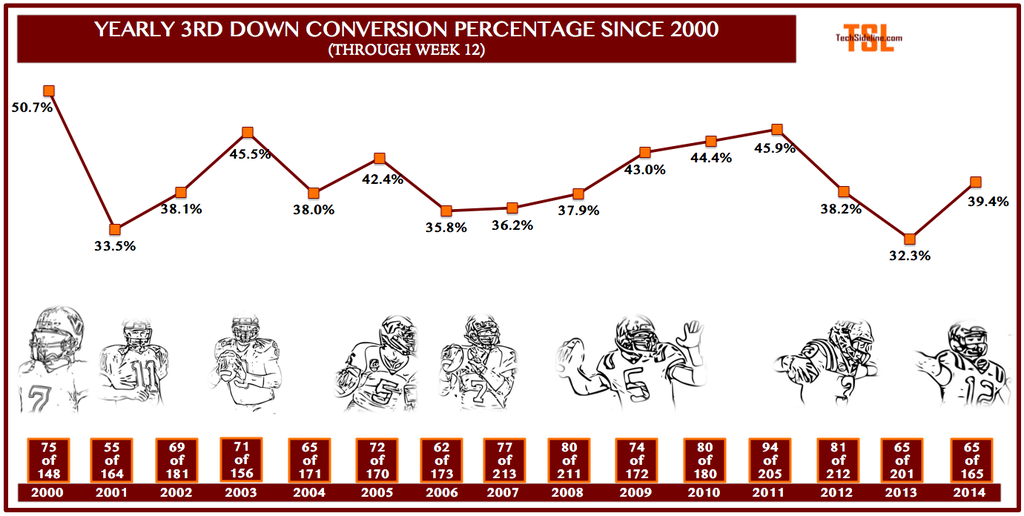 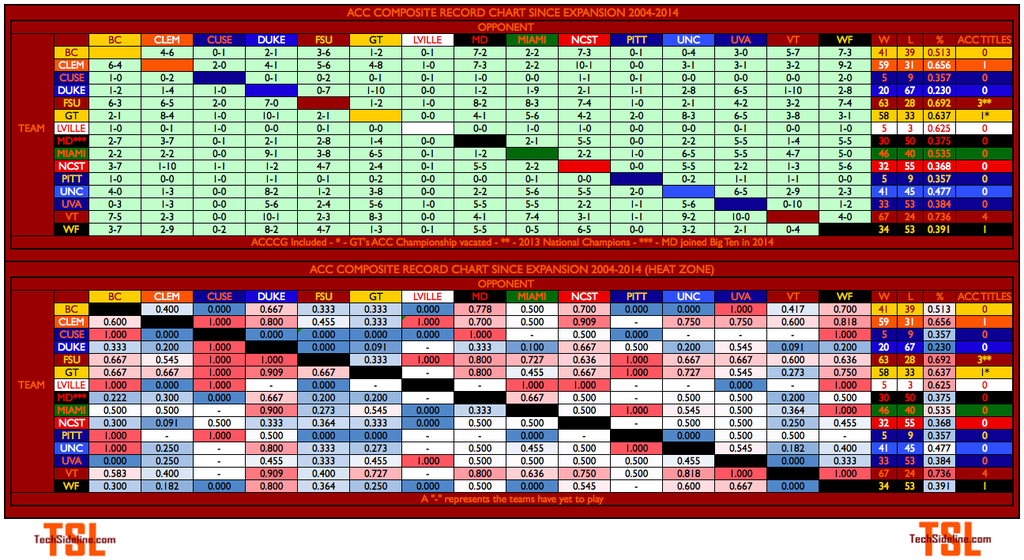 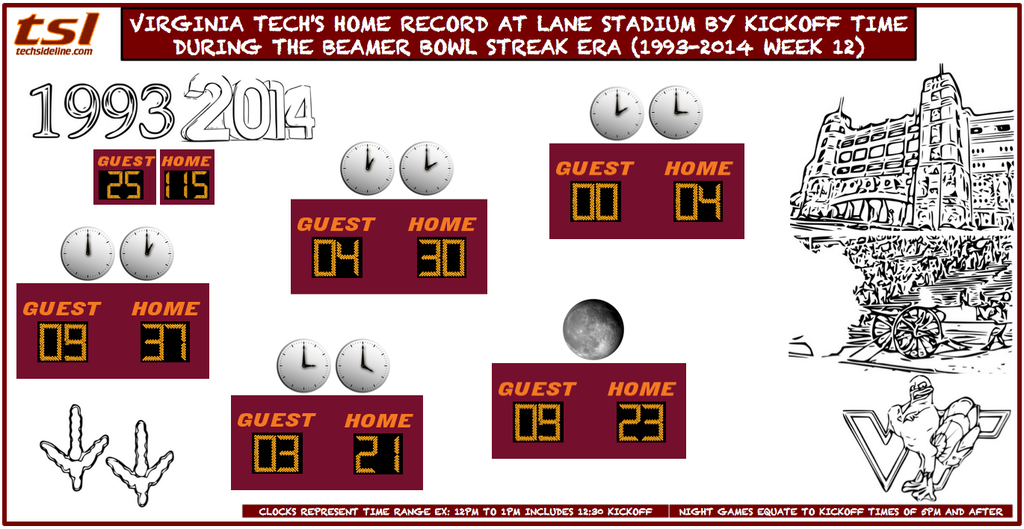