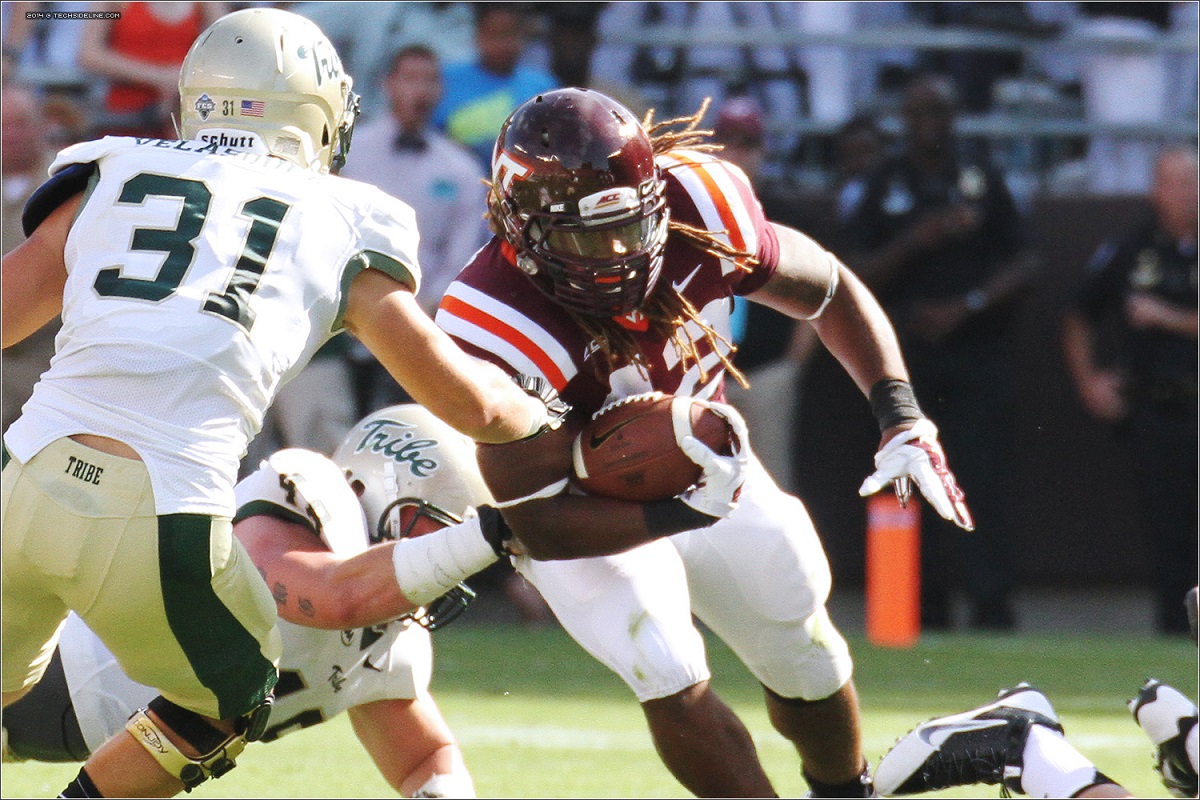 It is almost impossible not to consider the scene in which Tech and Ohio State will face off on Saturday night.

Under the lights, with joint recruits on hand, in front of the biggest crowd the Hokies have ever played, Tech will try to be the first unranked team since 1982 to win a non-conference game in Columbus.

Unless, of course, you have the calm demeanor of true freshman running back Marshawn Williams, who insists he is approaching the biggest non-conference game on Tech’s schedule with a “just another game” attitude.

“This game, to people, they’re blowing it up,” said Williams, who, along with Shai McKenzie, was named a co-starter for Saturday night’s contest. “I just feel like it’s another game. We just need to go out there and execute.”

Running backs Shane Beamer wouldn’t be surprised to hear Williams’ attitude. After all, the poise of Beamer’s dynamic freshmen duo was one of the aspects he liked most about them last Saturday against William & Mary.

“I’d say three things,” Beamer said, listing what impressed him most about McKenzie and Williams. “The physicality they ran with, the yards after contact was impressive. The no missed assignments was impressive for the first game. We were simple from a game plan standpoint and we didn’t ask those guys to do a whole lot, but they were right on.

“Maybe the biggest thing was the poise they played with. They were out there having fun. There wasn’t a look in their eyes of ‘Oh my god, it’s my first game and I’m playing in front of 65,000 people’ or whatever it was,” Beamer said. “They were very poised. Marshawn had a smile on his face. The moment wasn’t too big for them. It will be critical for us to have that same mindset Saturday night.”

For Williams, who will share the bulk of the carries with McKenzie, that is probably the best mentality to approach the game with.

But for a veteran player like redshirt junior Corey Marshall, the prize that success on a stage this bright might bring is worth noting.

“It’s great to be on this platform,” Marshall said. “All the eyeballs are on you. Everybody is focused on what you’re doing. I mean it’s time to take it to the next level. This is how you attract recruits. This is how the Baylors, and how they reincarnated that program, it starts with these spotlight games.

“When you’re in the moment and everybody’s eyes are on you, how you react is what attracts the kids, the young kids that are looking up to you,” Marshall said. “It pulls in that new wave to Tech football and that’s really what we’re trying to do.”

And he would know.

Marshall remembers well the then-No. 10 Hokies loss to then-No.3 Boise State in 2010. Despite falling short, the tenacity the defense played with in that big-time game attracted him to eventually join the program.

“I just fell in love with the program at that point,” he said. “When everything is equal, you come back to stuff like that in the recruiting process.”