With 112 members of the media weighing in, Florida State was picked as the overwhelming favorite to win the ACC in 2014 with 104 votes, far ahead of Clemson (2) and Virginia Tech (2).

Atlantic Division projections were heavily slanted towards Florida State, as expected, while Coastal Division predictions were almost a toss-up with just 44 points separating #1 Miami (614 points) from #4 UNC (570 points), with Duke at #2 and Virginia Tech at #3.

The Coastal Division voting was so tight that #4 UNC received more first-place votes (27) than projected winner Miami (26). In effect, the media were saying “pick one.” Even #5 Georgia Tech (1) and #6 Pittsburgh (2) received first-place votes.

Here’s a summary of today’s predictions, courtesy of TheACC.com. 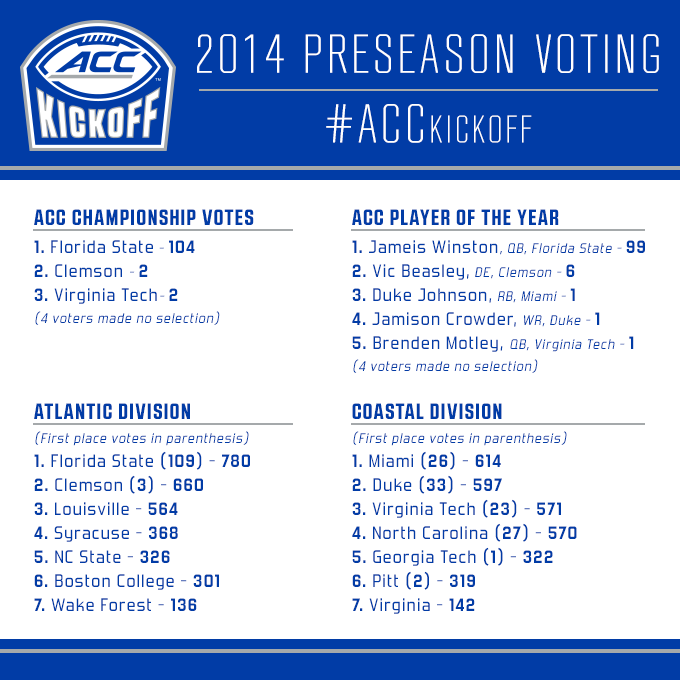