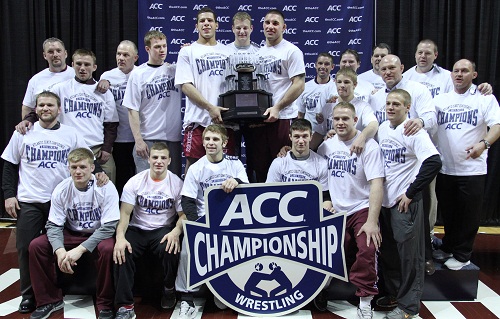 Seven wrestlers qualified for the NCAA Wrestling Championships, which will be held March 20-22 in Oklahoma City.  At-large bids for the event will be handed out in the upcoming week.

Devin Carter made a dramatic return from the torn hamstring he suffered in December to win the 141 weight class.  He had not wrestled since he suffered the injury.  He was named Most Outstanding Wrestler of the ACC Championships.