When the best thing to come out of the first three quarters is a Virginia Tech student winning the “Kick for Cash” during a timeout, that tells the story. (That was Sarah Cunningham, my sister, by the way.)

The Hokies totaled 118 yards in the first 45 minutes against Miami in the 20-14 loss in Lane Stadium on Saturday. It wasn’t a pretty showing. Tech (2-5, 1-3 ACC) made it competitive down the stretch thanks to two fourth quarter touchdowns, but it was too little, too late against the Hurricanes (3-3, 1-1 ACC).

“We’ve to maximize what we do well, and we’ve done some things well at times,” Virginia Tech head coach Brent Pry said of the offense after the loss. “We’ve got to make sure that we’re maximizing all that and minimizing what we don’t do well. And I’m not sure we’re doing a great job of that right now, and that’s something we’re going to evaluate closely.”

Pry added that the offensive staff needs to make sure the right personnel is on the field at all times, and it can’t be vanilla. Those two things, along with a combination of other problems, were reasons why the Hokies scored played three quarters of lifeless football.

It started with a mistake on the first drive of the game. On third-and-six from the Tech 34, Grant Wells hit freshman tight end Dae’Quan Wright over the middle on a slant route. After gaining 27 yards, he fumbled. Miami recovered, which set up a quick four-play, 65-yard touchdown drive.

Over the next three series, the Hurricanes kicked a field goal and scored a second touchdown, extending the lead to 17-0. Their second drive was very successful – 18 plays, 71 yards, 7:42. They chewed time off the clock and did everything they wanted against the Tech defense.

At intermission, Miami quarterback Tyler Van Dyke had 271 passing yards, two touchdowns and had completed five passes of 15 or more yards. It didn’t help that Tech safety Nasir Peoples was ejected for targeting at the start of the second quarter.

“We can’t be a slow starter. We just can’t. You want to start the game fast and you start with a turnover and an easy score and you’re behind 7-0 before you blink. Even though we didn’t do a lot of things well in the first half, you’ve got a chance to be right there.”

Offensively, Virginia Tech was without a pulse. Each of the five drives between the fumble and halftime culminated in a punt. Wells threw for just 62 yards while the running game only posted 44 yards on the ground.

The Hokies’ 353-game scoring streak, which dates to 1995, was a hot topic at halftime. It was the 17th time during that span that they were shutout in the first half. Things didn’t get any better in the third quarter either.

The defense stepped it up, holding its own and allowing just a field goal. However, the offense was still non-existent. Virginia Tech punted three times in that period – twice on three-and-outs – and never tested Miami. Through three quarters, the Hokies only crossed into Miami territory twice.

Moreover, Wells was sacked four times in a span of 11 passing plays between the second and third quarters. The Canes finished with six on the day, and nothing seemed to go Tech’s way.

“He’s got to keep his eyes downfield and look for the open receiver and we’ve got to protect him a little better,” Pry said of Wells. “For me, again, I look at it through the eyes of a defensive play-caller. Sometimes it’s too easy to get a bead on us. … But I do think that it was a combination of him holding the ball, a combination of some protection issues, and they’ve got a nice front.”

Yet, a jolt of life came out of nowhere. It felt as soon as the clock flipped to the fourth quarter, all of the momentum swung the Hokies’ way.

To continue the scoring streak, Wells hit running back Malachi Thomas in the flat, who took it 14 yards to the house with 12:10 remaining. Then, while the defense kept them in the game, the Hokies scored a touchdown with 3:20 remaining to cut it to one score.

Miami hurt itself throughout the game, bailing Tech out time and time again. Mario Cristobal’s squad finished with 17 penalties for 159 yards, the second-most flags ever against the Hokies. Two big ones occurred on that scoring drive: unnecessary roughness and pass interference. The latter put VT in the red zone for the first time all afternoon.

Just when things looked promising, though, Virginia Tech was backed up five yards on third-and-10 due to a false start – one of six penalties on the day – on left guard Jesse Hanson. But the unit didn’t fret.

Back-to-back pass plays to Nick Gallo picked up 22 total yards, one of which came on a fourth-and-nine when Tech ran four verticals against three-deep coverage. That energized the Hokies, who punched it in from three yards out on the next play via Wells.

“That kind of just showed us the confidence we do have on offense when it’s rolling,” captain Kaleb Smith said of Gallo’s fourth down conversion. “We know we have players on the team that can make a tough catch like that in a critical situation, we just have to get that more consistent throughout the game.”

However, the Hokies came up short in the end. It’s the third time in five seasons that they’ve lost four consecutive games, which never occurred in the final 23 years under Frank Beamer. They’ve got an open week now, which comes at a convenient time, and there’s plenty to discuss and review. But Pry’s message to his players remains the same: the potential is there.

“I sound like a broken record, but there’s just so much evidence of who we can be as a team,” Pry said. “We’ve got to stop stubbing our toe and finding ways to not make people earn it. We’ve got to stop that. There’s signs of the team we can be. … They don’t quit. Our culture’s moving the right direction.

“Our confidence, we get shaky with some adversity. And that was apparent today. I think the way the game started, man, we didn’t handle it very well. And I’ve got to do a better job. … We’ve just got to be more consistent.” 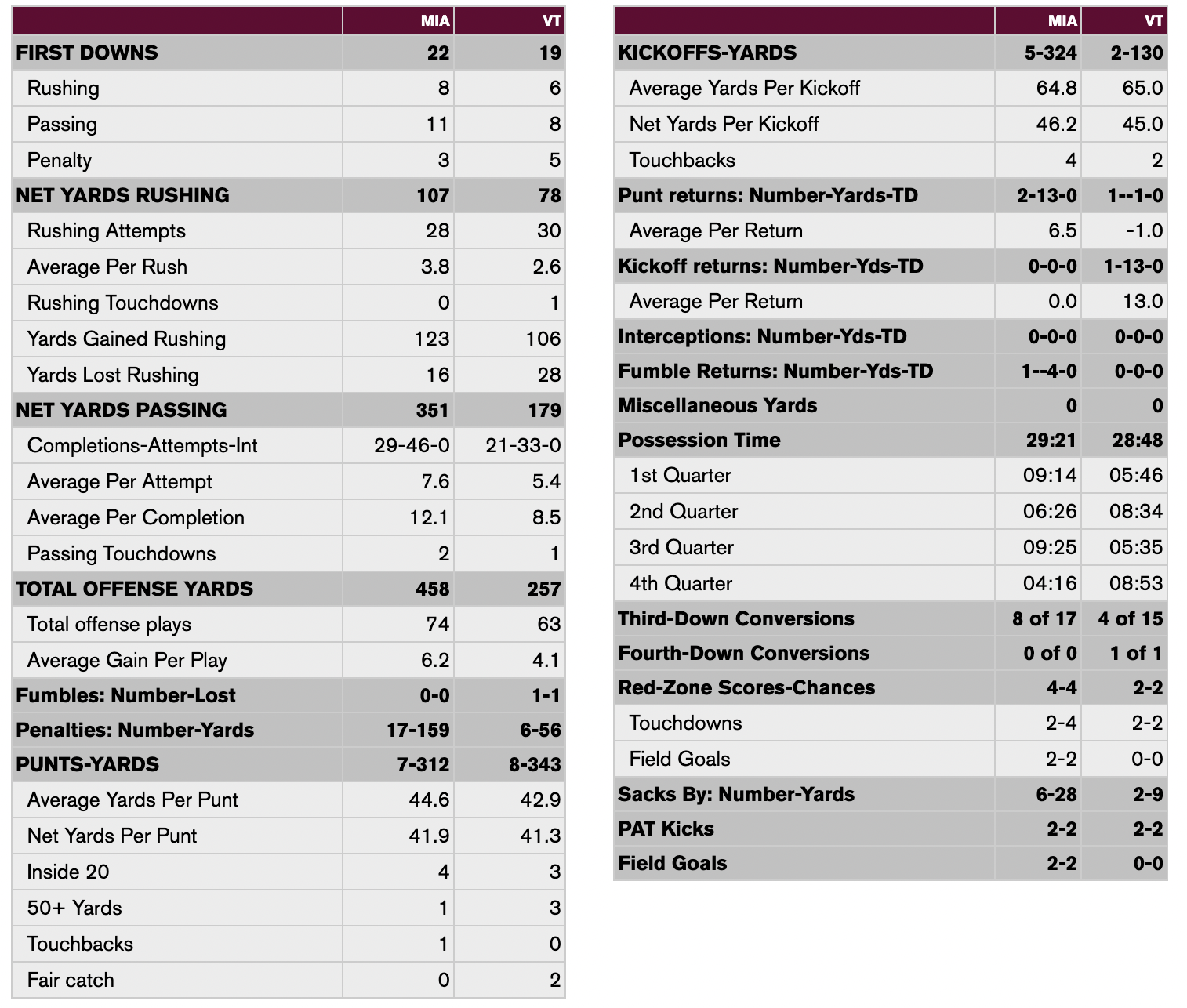 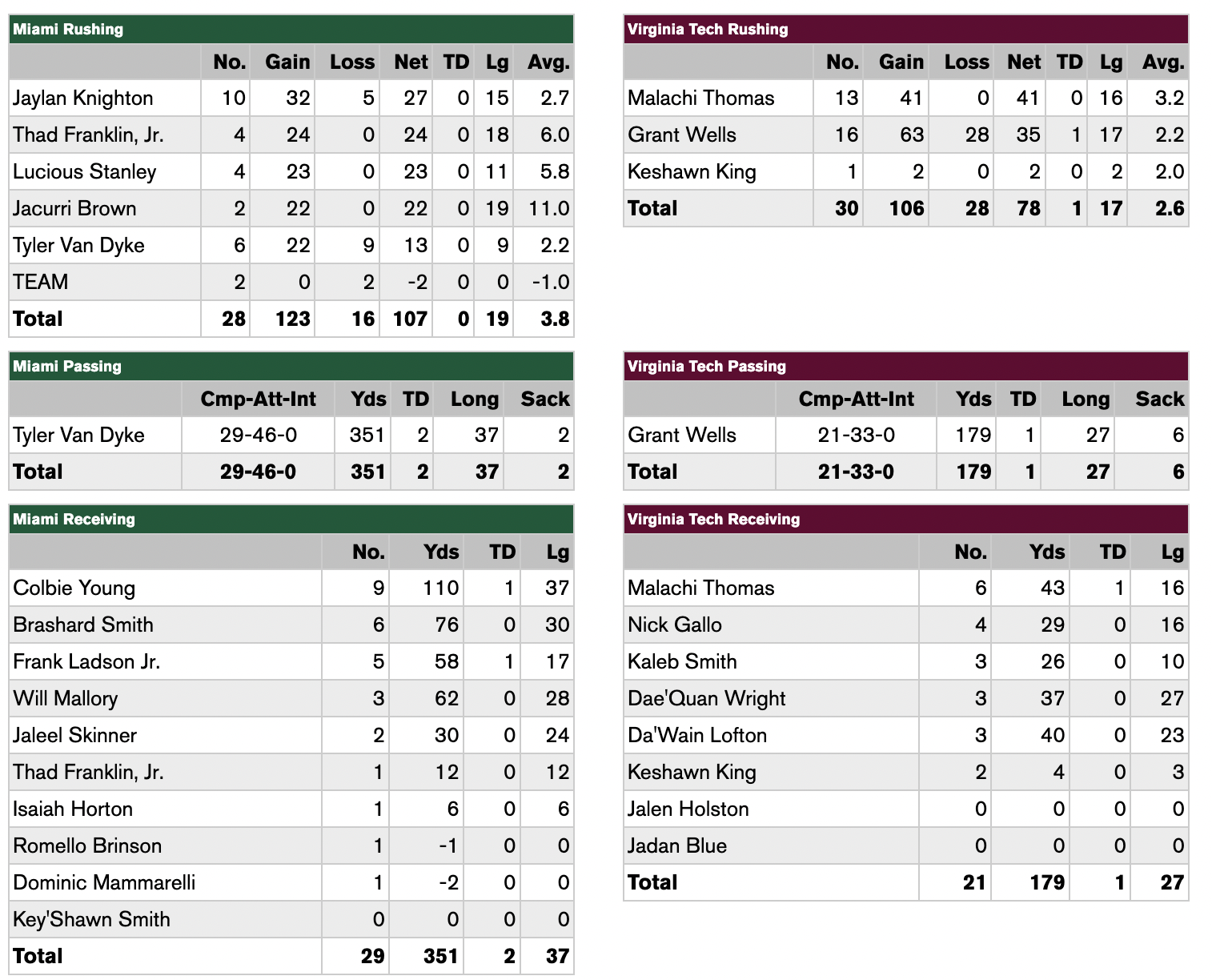 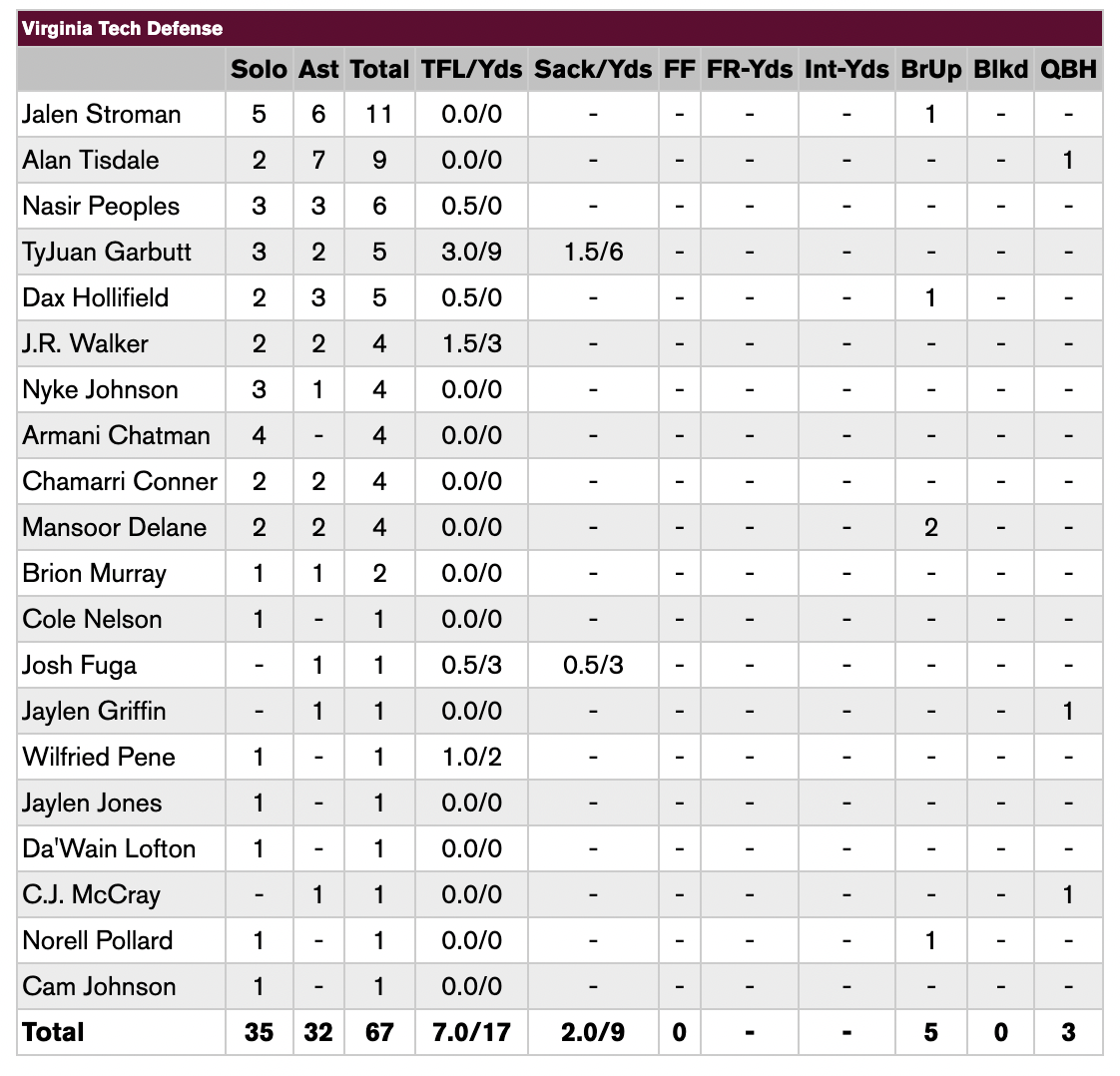