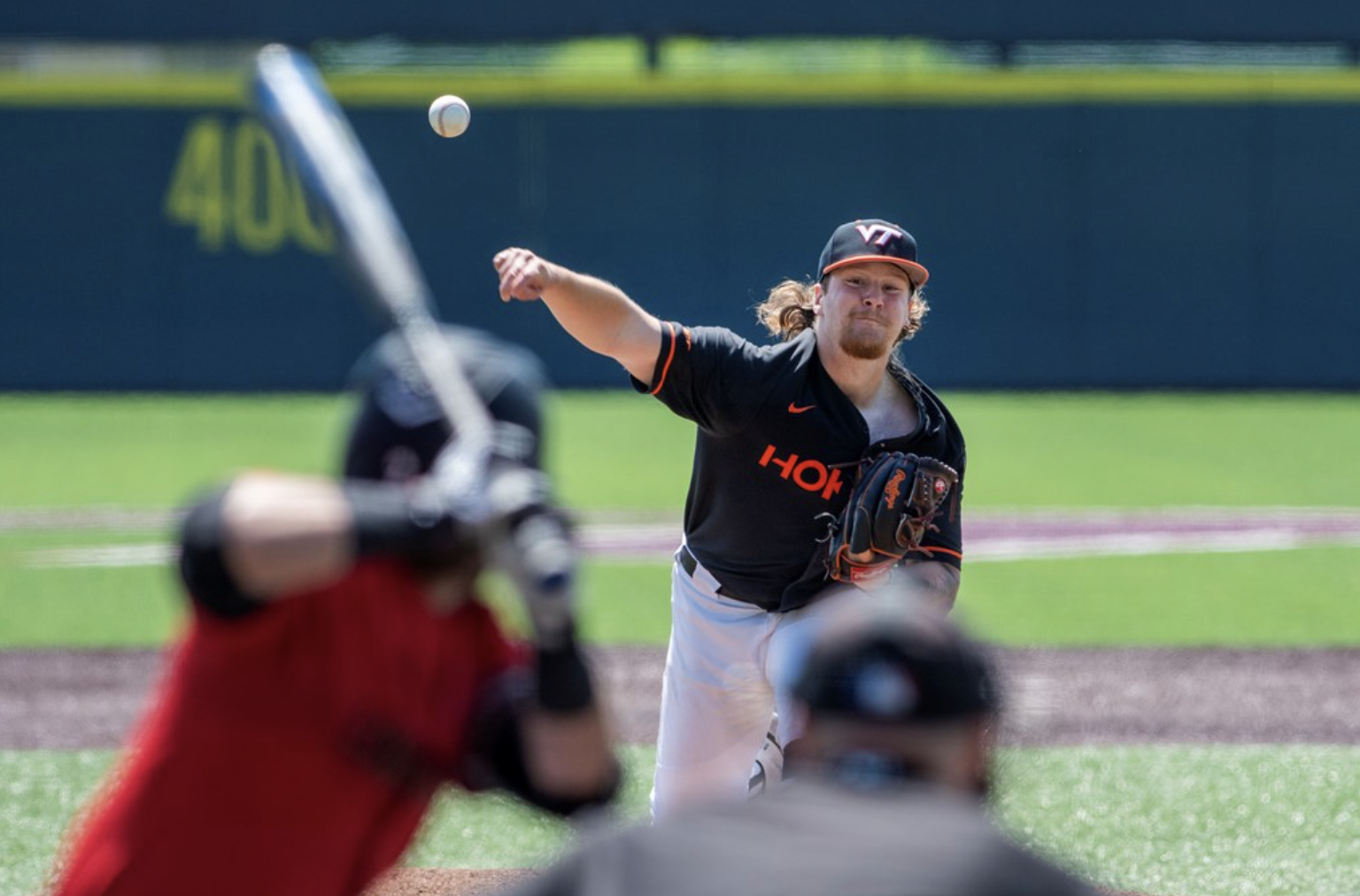 Three months ago, Jordan Geber climbed up the pitcher’s mound in live-action for the first time in a Virginia Tech uniform and waited for the monster to return. His confidence that he built up as a senior over his final three starts last spring at Mount St. Mary’s — four earned runs in 24 innings — was lost.

On that chilly day in late February, he yielded a home run and recorded the final out in the Hokies’ 7-3 win over Fordham. The themes between Geber and his team were common: both were relatively unknown on the national stage, but it was an early sign of what was to come.

For Virginia Tech, it was a simple three-game non-conference series sweep that added to the team’s early season confidence.

The Hokies knew their team was going to be good — despite being picked to finish sixth in the Coastal Division — and they were right. It’s accumulated into the third-best team in the country entering this weekend’s series against Duke, with a chance to win the division — and the ACC outright — for the first time in program history.

For Geber, it represented a small — but significant — step in his recovery from a severe concussion he suffered in a car accident while returning to campus after the semester break.

Since entering the rotation in mid-April, he’s turned in four solid appearances — his only dud came on May 1 at then-No. 11 Virginia, where Geber said he and fellow pitcher Drue Hackenberg didn’t throw well because a cold and food poisoning — and was recently named ACC Pitcher of the Week.

Jordan Geber awoke in a Northern Virginia hospital on January 10 with no memory of the previous four days.

“I couldn’t see straight, couldn’t put any stress on anything,” he said.

Geber was traveling from his family’s home in Eastern Maryland to report back to Virginia Tech on January 9 when his car hydroplaned in the rain, bounced off of a truck and then hit a guardrail.

A tow truck driver was called to haul Geber’s car away, and as he was loading up the car, he noticed Geber stumbling around. He was mumbling, a little dazed and confused after the accident.

“That’s when [the tow truck driver] saw I wasn’t right,” Geber said. “I was hitting my head over and over again, I couldn’t see, couldn’t hear. He put me in his truck and drove to a Reston fire station. They put me in an ambulance and took me to the trauma center.”

He was sedated at the hospital once he reached it, and the next morning, Geber woke up with no memory of the accident, nor could he recall the three days before that.

“I stayed at home for two weeks and then it was another two-to-two-and-a-half weeks before I could throw,” Geber said. “Even then, I had to regain all my strength. … I lost close to 10 pounds.” 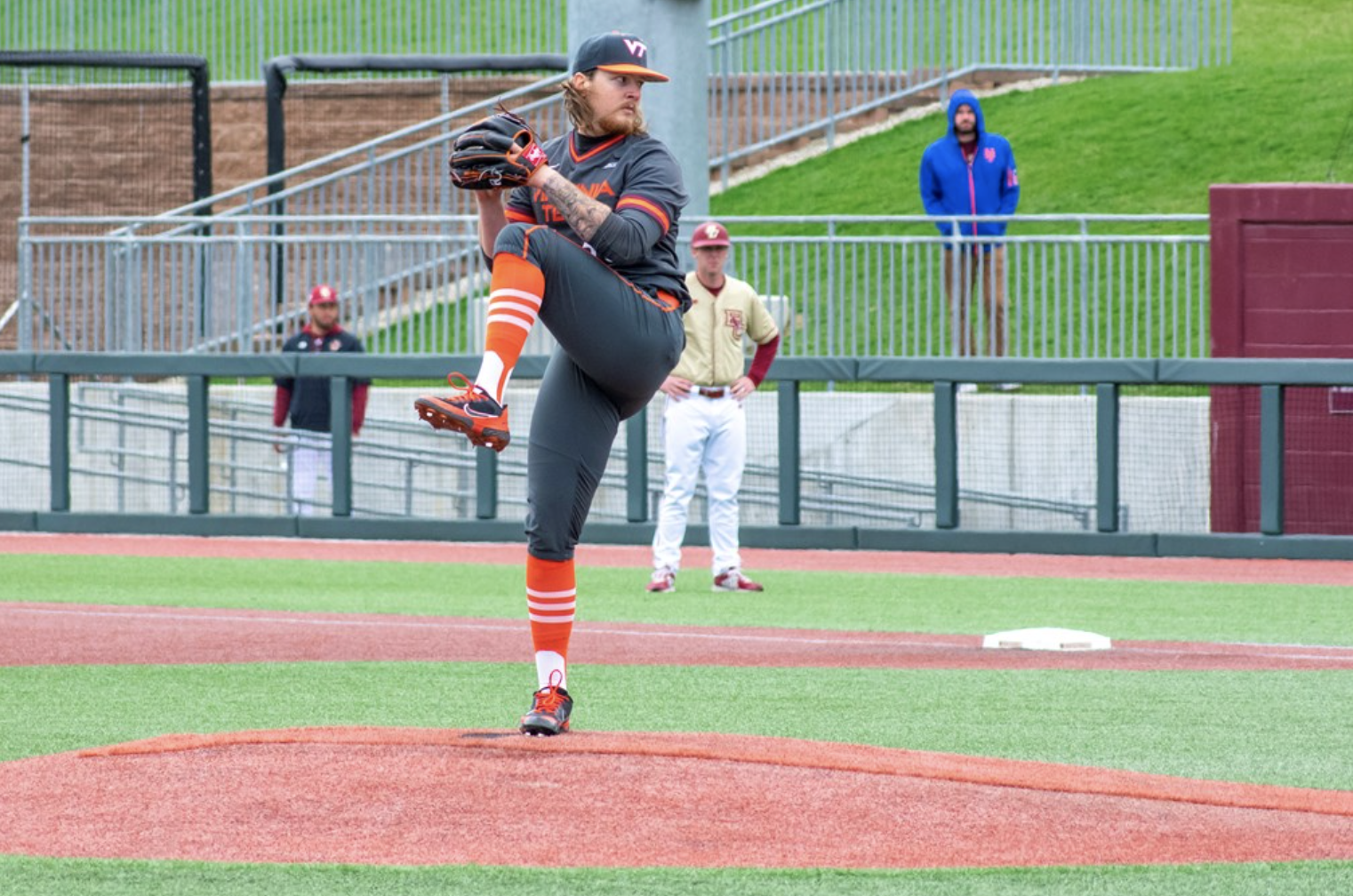 Two weeks after the accident when he returned to Tech, the recovery period with the team began. Head coach John Szefc hoped to build him back up again and return to the mound before ACC play began in March.

It proved to be a challenge for Szefc and his staff, but just not because of the concussion. Geber’s confidence was lost as he continued to build back his strength to return to the mound. In some ways, he had to learn how to pitch again after the five weeks were up, but he had no time to waste with the season beginning in mid-February.

“Getting back here, it was just about doing the best I could every outing,” Geber said. “Up until the Pitt series [March 18-20], I didn’t really have a feel for pitching. I had to teach myself how to pitch again, in a sense.”

Geber wasn’t sure what it would take for his confidence and feel for his pitches to return — he said he had trouble controlling his pitches once he was cleared to throw bullpens. That was until Geber was standing alone in the outfield prior to the Pitt series when Kyle Sarazin, Tech’s Director of Player Development, approached Geber for a quick conversation.

“He just told me to have confidence in myself and to believe in myself,” Geber said. “He said, ‘you were in a really bad accident. If you would’ve come back and been the same old guy you used to be, it would have been a miracle. You were hospitalized and you have to take it a day at a time, and get better every day.’

“I stick true to that everyday – as both a person and as a player.”

And from there, it was uphill for Geber.

“He was brought in here as a starter,” Szefc said after Geber’s first game on Feb. 27. “ … He’ll be a big contributor when he gets going.”

Geber turned in a few more outings from the bullpen from March to mid-April, delivering mixed results. He threw 1 ⅓ shutout innings in his next appearance against Wright State on March 4, but he was hit around in his next outing at Georgia Tech a week later.

He yielded the same type of results — some a step in the right direction, others not-so-much — until he was awarded with a start on April 16 against then-No. 2 Miami.

Pitching coach Ryan Fecteau and Szefc had worked all season long to find a Sunday starter.

First, it was Ryan Okuda that delivered mixed results. Then, Henry Weycker — who’s been dominant out of the bullpen all year — was given a Sunday start against then-No. 21 NC State. That, too, didn’t work out.

Geber turned in one of the better “Sunday” starts — it was the third game of the series but played on Saturday due to Easter — the team had seen up until that point all season. He threw three solid innings — his only blemish came in the third when he served up a two-run double — but worked out of the third without any further damage.

From there, Virginia Tech had its third starter.

“Going into the [Miami] week, coach Szefc sent a text and said, ‘look, we need to figure out Sunday and if you believe you should [start], let me know,’” Geber said. “Coming off a few good outings, I felt really, really good — my stuff was working. I told him, ‘I came here to start, I want to be a starter, I think my stuff is good now — I think I give us the best shot to win on a Sunday.’” 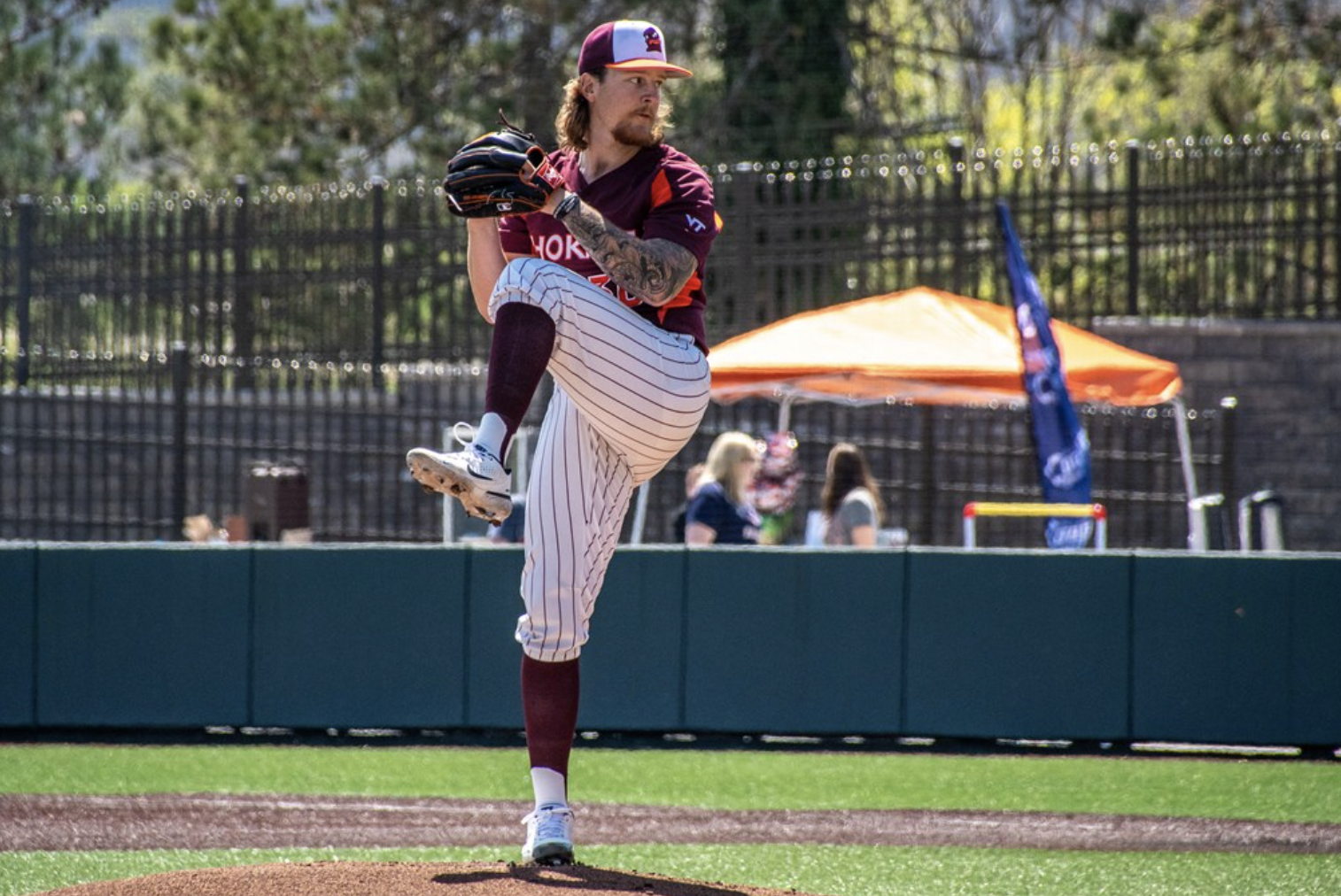 The next week at Boston College, Geber turned in his best performance to that point in the season. He fired 4 ⅓ innings, allowed two runs (one earned) and struck out five batters before handing the ball off to Weycker to record the final 14 outs in Tech’s series-sweeping victory.

Geber was roughed up in his next start at Virginia, where he only lasted an inning and yielded four runs. He was pulled in the second inning before Weycker and Tech’s offense completed a comeback win to clinch the series — the club’s seventh-straight ACC series victory to the point.

A two-game non-conference series during exam week pushed Geber’s next start back to May 11 — a mid-week matchup against Liberty — and all he did was fire three perfect innings before Szefc and Fecteau pulled him in preparation for his next Sunday start against then-No. 7 Louisville.

“He was really, really big for us,” Szefc said of Geber after the walk-off win over Liberty. “We’re just trying to get him on track to be a quality starter. He faces a good lineup and only faces nine hitters. We probably could’ve run him out for the fourth but Fecteau talked about getting him out after two-or-three innings to keep him ready for the weekend.”

All of that — the accident, the concussion, the hospital stay, the recovery, the conversation in the outfield with Sarazin — added up to Geber’s best start all year. That gave Tech the boost it needed to defeat Louisville and win its eighth consecutive conference series.

After Geber faced the minimum against Liberty, he turned around and fired four more shutout innings with five strikeouts against the Cardinals. He yielded the only hit he’s surrendered in his past two starts with two outs in the third.

And to top it all off, he was awarded ACC Pitcher of the Week for his seven combined innings of one-hit ball — a well-deserved award that culminated because of Geber’s perseverance for all he’s gone through in 2022.

“I was supposed to start games before the year,” Geber said. “It was the most confident I felt in my career after winter workouts and everything was looking really good. I was super excited to get back here, but it just shows you how fast things can change.

“I guess it was a reminder that life can come at you fast.”