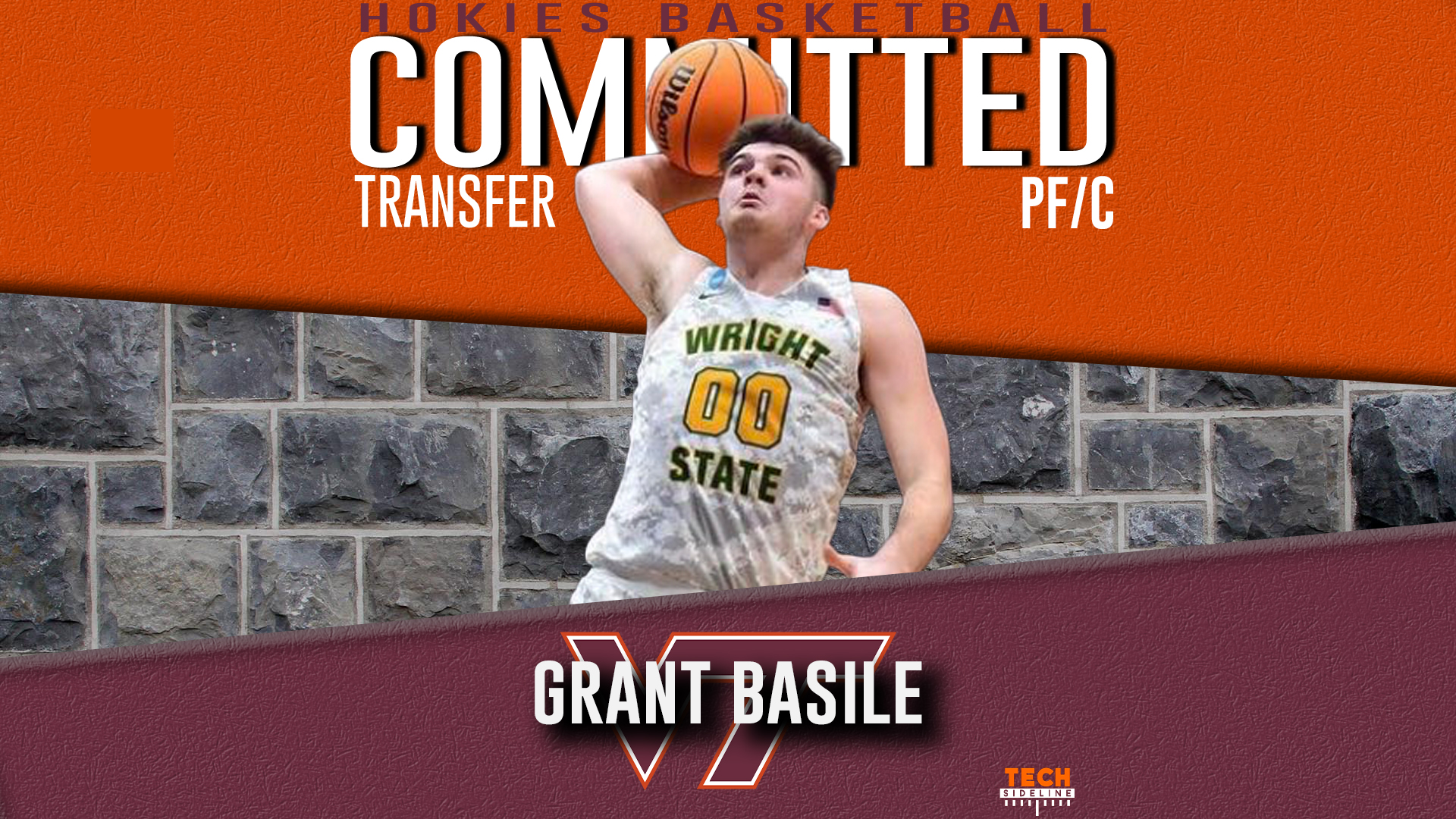 Excited to announce my commitment to Virginia Tech 🔶🦃🔶 @HokiesMBB pic.twitter.com/txH0ECCywJ

The 6-9, 225-pound redshirt senior is a two-time All-Horizon League Second Team honoree. He averaged 18.4 points and 8.5 rebounds per game this season while shooting 49.8% from the floor  and recording 11 double-doubles. Basile finished second in the conference in rebounds, fourth in scoring and fourth in field goal percentage. That’s without mentioning his 59 blocks, which led the Horizon League.

From the outside, Basile’s numbers dropped off from 2020-21 to 21-22. He made 20 of his 42 attempts (47.6%) from deep as a redshirt sophomore, but that percentage drastically changed this season (39-138, 28.3%). All signs point to his development from behind the arc increasing in Blacksburg, however, especially after witnessing Keve Aluma’s growth. At Wofford, Aluma attempted one 3-pointer before turning into a 34% shooter at Virginia Tech.

He’s a very similar prospect to Aluma (6-9, 235). Basile is a big who can step out and shoot it, which is a great fit for Mike Young’s scheme. He can play both the four and five, depending on Tech’s need.

Here’s the current scholarship outlook with the addition of Basile.

Including Justyn Mutts, the Hokies currently have 11 players on scholarship for 2022-23, meaning there are two open spots. If Mutts decides not to return to Virginia Tech, that will give the program three open scholarships.