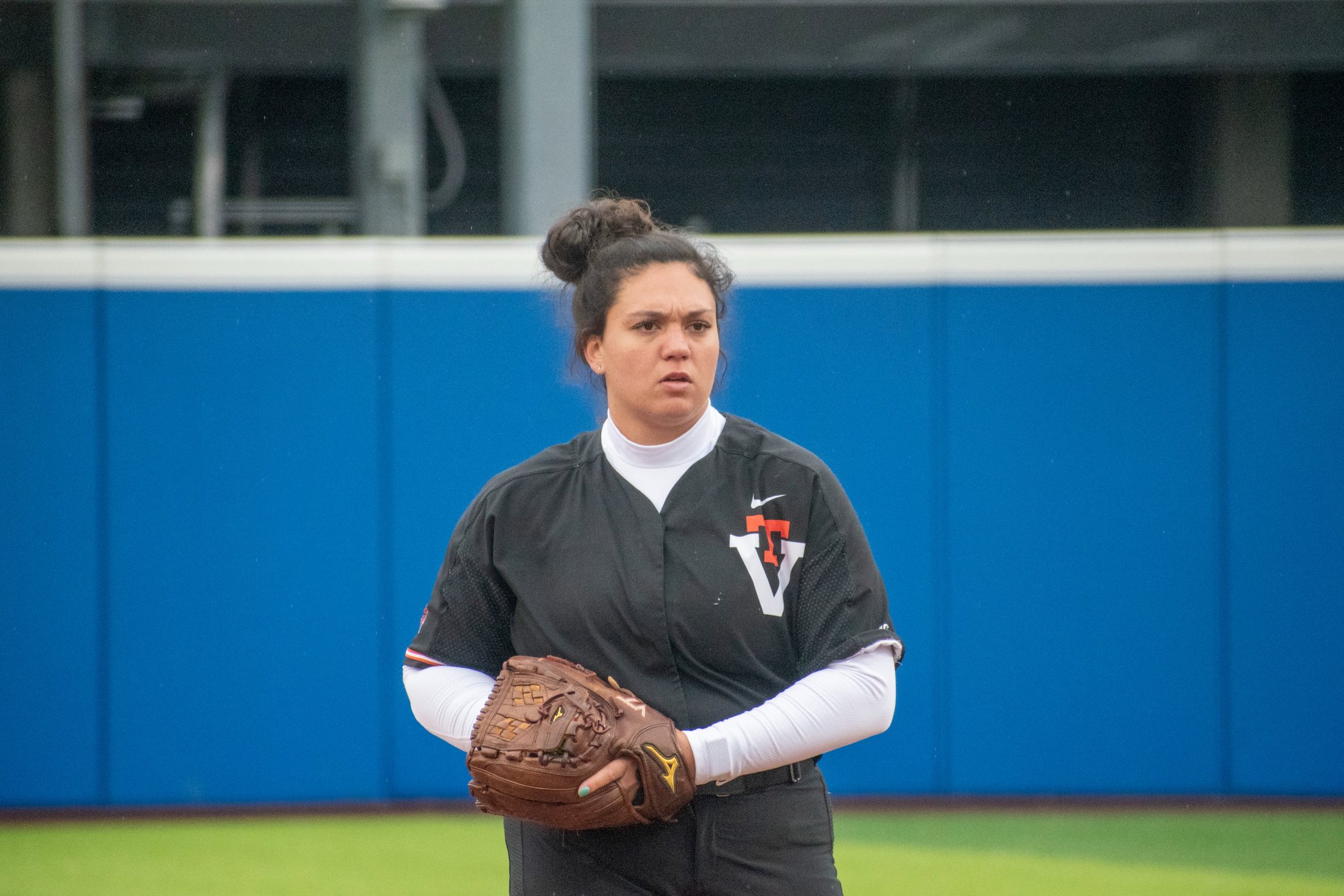 A Sunday doubleheader is scheduled with games at 2 p.m. and 4 p.m., followed by a single game Monday at 6 p.m. All games are scheduled to be televised on ESPN+. Temperatures are forecasted to be in the 80s with some stormy weather for Saturday that is expected to clear out by Sunday afternoon.

This series is a showdown between two red hot squads. The Hokies are undefeated in the ACC and have won 14 games in a row. The Knights (28-8), who were the preseason pick for third in the American Athletic Conference, have won 18 of their past 19 games with the single loss being a 10-3 setback to No. 4 Florida on Wednesday.

“We’re going to approach this weekend exactly like an ACC series,” Virginia Tech head coach Pete D’Amour told Tech Sideline. “We’ve played doubleheaders in conference this year, so that shouldn’t be an issue for our players. UCF is having a heck of a year, so we’ll need to be ready to play.”

The Knights’ best wins came against No. 11 Texas (15-10) and an eight-inning victory over No. 12 Georgia (7-6). Here are the highlights of that game, arguable the Knights’ best victory of the season.

The Knights are one of the best offensive teams in the country, averaging 6.9 runs per game, which ranks 14th in D-I. They are a patient team at the plate, ranking second in the country in walks drawn (156), which leads to a very high on-base percentage (.424, No. 9 in NCAA).

Jada Cody headlines UCF’s roster. The sophomore leads the nation in RBIs (53) and UCF in hits (41) and batting average (.366). She will typically bat in the middle of the order and will catch or play third base.

Denali Schappacher (.361), one of two seniors in the starting lineup, is the final Knight averaging over .300. She is a fifth-year starter for UCF and recorded her 200th career hit last week.

There is a potential showdown on the basepaths this week as the Knights like to run. They have stolen 58 bases this season and only been thrown out 11 times. On the other hand, the Hokies have only allowed 12 base thefts all year, so something will have to give.

In the circle, UCF is led by senior Gianna Mancha (12-2, 1.85 ERA), who has started 44 games in her career, including 14 this season. She had two key wins last weekend against South Florida, giving up two runs in 14 innings while striking out 19.

Redshirt senior Kama Woodall (10-1, 2.52 ERA) is second on the team in innings, strikeouts (50 Ks in 64 innings) and starts (eight). Woodall is playing for her third school in her college career, having played two years at both ECU and NC State. She pitched seven innings against VT in 2019 for the Wolfpack, giving up five runs in four innings during the regular season before throwing three shutout innings in the ACC Tournament.

The Hokies will have had nine days off since their last game, but D’Amour doesn’t believe that will be an issue.

“We had a lot of rest this week, which was very much welcomed,” D’Amour said. “The ladies have been hard at it since early January, so we used this week to ‘recharge.’ We scrimmaged [Wednesday] just to get some reps in. Midweek games are great, but not having one isn’t the end of the world.

“Another day of practice to tweak a pitcher or a hitter can sometimes be more beneficial than a mid-week non-conference game.”

UCF is coached by Cindy Ball-Malone, who was named the second head coach in program history in June 2018. Ball-Malone has won 125 games in her four years with the Knights and led them to the NCAA Tournament last season. During the regular season, they recorded three wins over teams ranked in the top five (two over No. 5 Florida, one over No. 2 Arizona).

This will be another set of challenging games for the Hokies this season, but D’Amour is looking forward to seeing his team back in action.

“This is the best team I’ve had at VT from a ‘team chemistry’ perspective,” Tech’s skipper said. “We all seem to get along, and if there are any problems between players that arise, it doesn’t affect them on the field. I’m thankful for the players’ effort. It’s been a fun year so far.”

Below are the tale of the tape and the individual stats. 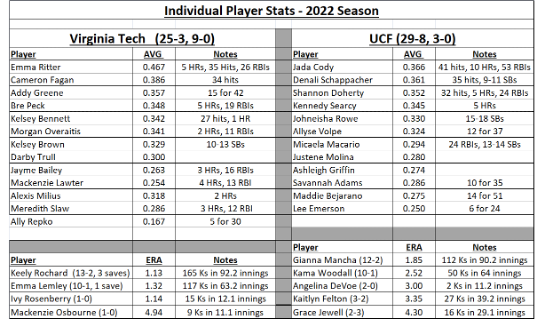