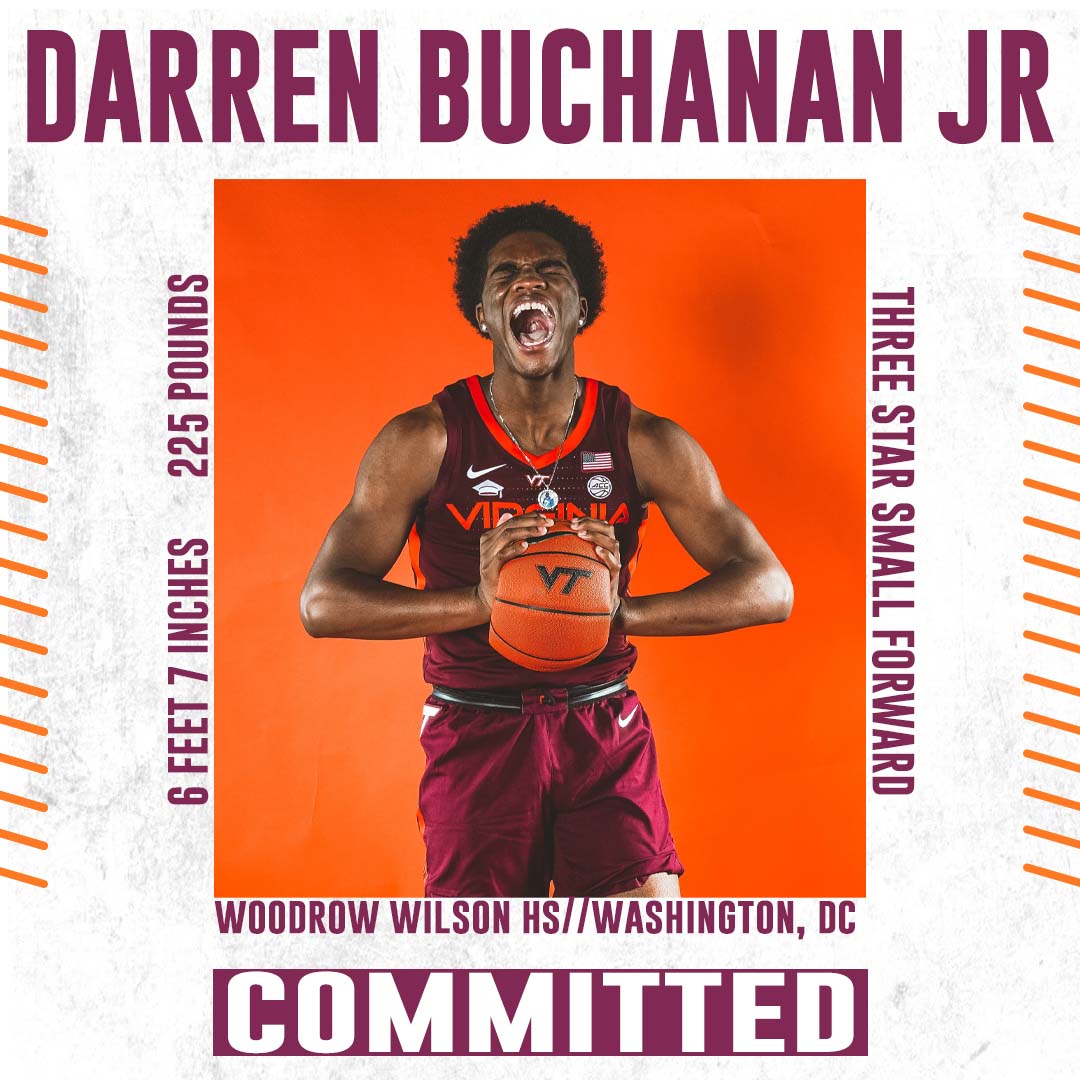 Darren Buchanan is rated as a 3-star recruit and the No. 2 player in Washington, D.C. He plays for Woodrow Wilson High School, and he chose the Hokies over offers from hometown schools such as Georgetown and George Washington, as well as VCU, Rutgers, Seton Hall, St. Bonaventure, Richmond, Xavier, and others.

Buchanan is an AAU teammate of 2022 Virginia Tech signee Rodney Rice. Scouts aren’t sure whether he is a long-term small forward or power forward, but the Hokies need help at both positions, so Tech’s offer makes sense. It’s likely that he ends up as a power forward in Mike Young’s system, but that will depend on his development.

Buchanan is averaging 17.1 points, 10.3 rebounds, 3.0 assists and 2.2 steals per game this season for Woodrow Wilson.

Here is Virginia Tech’s current scholarship situation, including both current players and recruits. 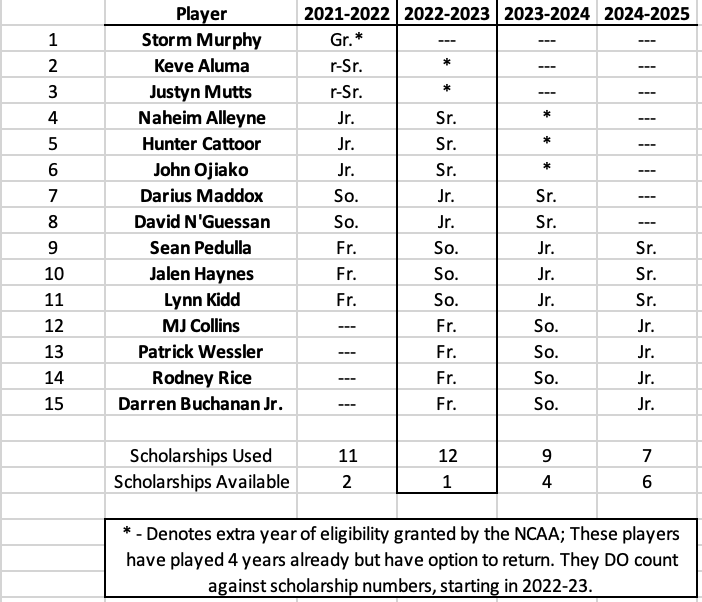 Storm Murphy’s eligibility will be exhausted after this season, which takes the number of players eligible for 2022-23 down to 14. That is one over the NCAA’s scholarship limit of 13. Let’s try to sum it up simply…

1: If both Keve Aluma and Justyn Mutts decide to take advantage of their COVID year and return next season, someone would have to transfer out for the Hokies to get down to 13.

2: If one of Aluma or Mutts decides to return, and the other decides to leave, then the Hokies would be at exactly 13.

3: If both Aluma and Mutts decide to leave, the Hokies will have the space to add one more player.

Possible exits due to the transfer portal could potentially open up more spots, but that’s where Virginia Tech stands as of right now.