Though Virginia Tech only trailed No. 9 Memphis by three at halftime in the Barclays Center on Wednesday night, a 14-5 Tigers run over the final 4:30 sealed the game, a 69-61 loss for Tech.

The Hokies (5-1) stuck close to the Tigers (5-0) throughout the first half, led by solid three-point shooting. Tech was only 38% from the floor, but five-of-nine from deep kept it close. In the second half, though, VT was just 2-of-12 from behind the arc and 31% from the field.

Memphis’s length and athleticism was too much, however. Mike Young’s depth was limited – David N’Guessan and John Ojiako played just four minutes – and Hunter Cattoor, Nahiem Alleyne and Keve Aluma got in foul trouble.

Though Justyn Mutts only had seven points, he was physical on the boards, finishing with 12 rebounds.

In the third-place game of the NIT Tip-Off, Virginia Tech faces No. 25 Xavier (4-1) on Friday night. The game will tip at 7 p.m. ET from the Barclays Center and be televised on ESPNU.

The Hokies are 4-9 all-time against the Musketeers and haven’t met since Nov. of 2008, when Xavier beat Tech 63-62 in overtime in Puerto Rico. 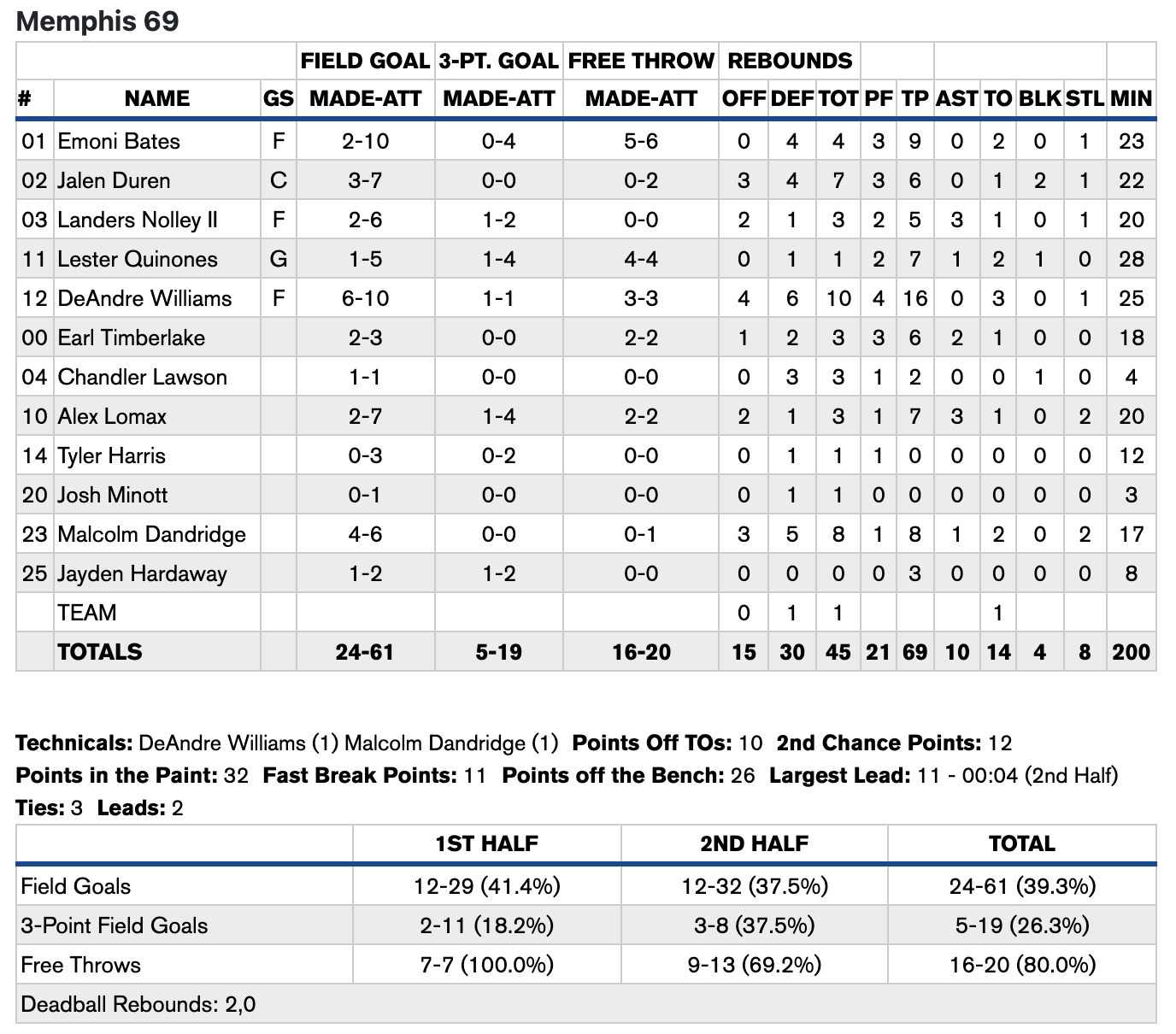 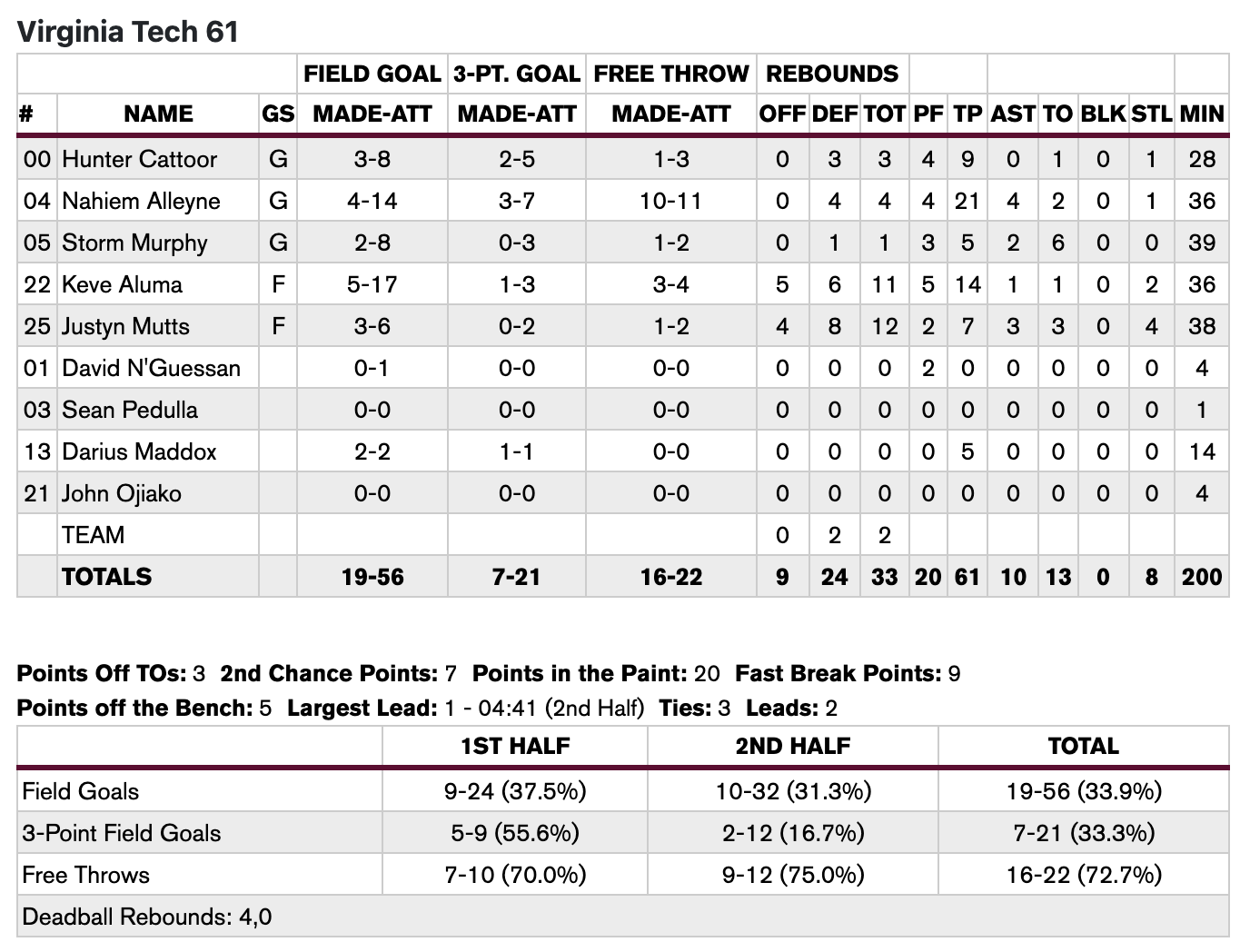