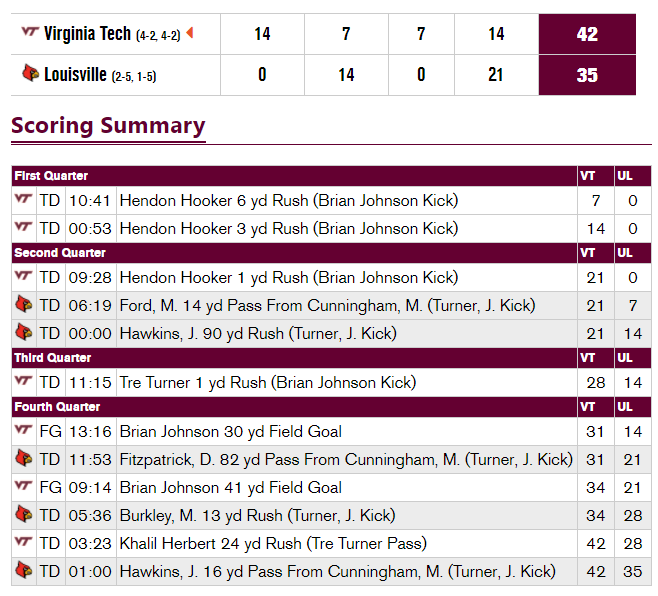 There were moments of exhilaration, moments of uncertainty, and moments of dread. Still, Virginia Tech (4-2) outlasted Louisville (2-5) 42-35 behind a pounding rushing attack, an efficient Hendon Hooker, and a defense that made just enough stops.

“It wasn’t always pretty, but we found a way to get the job done,” a relieved Justin Fuente said.

Late in the first half, the Hokies were cruising. Virginia Tech was up 21-7 and had a chance in Louisville’s territory to extend the lead following a Divine Deablo interception. Instead, a holding penalty stalled the drive and Oscar Bradburn was brought on to punt. The Cards were pinned deep in their own side of the field.

After another near interception, Louisville seemed content to just run out the clock. No harm, right? Wrong. The Cardinals’ Javian Hawkins busted through a hole on third and 15 with just eight seconds left in the first half and went 90 yards untouched for a touchdown as the clock ran out. Just like that, it was a one possession game at the half.

It was a gut punch, but the Hokies’ response to the disaster would certainly determine the rest of the game.

“We all came into the locker room ready to go for the third quarter,” said wide receiver Tre Turner, who hauled in four catches for 71 yards along with a rushing touchdown. “Jarrod Hewitt came in, that’s our captain, he came in because he was out the whole first half. Him coming in and talking to the whole team before the third quarter started, that gave us all the juice. We knew it was a bad play, a big play we let up, but we knew we were ready to go as soon as we came out the half.”

“We came in the locker room and everybody was still hype,” said nickelback Chamarri Conner, who led Virginia Tech with nine tackles, along with an interception. “Everybody was ready to go and locked in. We knew they were going to think they had a little bit of momentum, but we already were locked in and knew we had to come back to handle our business.”

In fact, the first half modeled a script from just over a year ago against Miami. The Hokies had dominated the first two quarters in that one as well, forcing turnover after turnover, but a Hurricanes’ Hail Mary as time expired gave them hope, much like Hawkins’ house call.

“Honestly, just coming back into the locker room, I overheard coach [Justin] Hamilton just kind of remind us, ‘Hey, you’ve been in this position before,’” quarterback Hendon Hooker said. “Last year against Miami, they made a big play at the end of the half while we were gaining momentum and the momentum switched after that one play. He told us to come back out and take care of business, keep the energy up.”

“It could have gone in the tank pretty easily there because we had dominated most of the half and found ourselves only up by seven,” Fuente added.

For a brief moment, it appeared the emotional blow from the end of the first half was going to get the best of Virginia Tech. Tech’s opening second-half drive started with a 7-yard loss on an unblocked sack off the edge. However, Hooker connected with James Mitchell for 24 yards on second down in arguably the most impactful pass play of the game.

“It was big,” Fuente said. “We came out and busted the stinkin’ protection on first down and not on the offensive line. Put us behind the chains on something we should have never, we should have at least been hatted up. … To come back and respond and throw what amounted to basically four verts to James off play action on second and long. Either get the first down or get us very close to it, I thought that was a big momentum play there.”

From there, the Hokies ran it on five consecutive plays, getting the ball into scoring territory with a 28-yard Tayvion Robinson rush and capping it off with Turner’s one-yard rushing touchdown on the jet sweep.

“Whenever we get a positive play it’s big,” Hooker said. “Just coming out and executing at the beginning of the half is very crucial and we did that.”

That wasn’t the only response, though. Louisville followed by driving the ball right down the field. However, the Hokies’ defense stiffened inside the red zone. On fourth-and-five from the 13, Conner intercepted Malik Cunningham.

“I was just trying to stay in the window so no matter if he threw it or not, I could make a play on the ball,” Conner said. “I thought he was going to throw it out of bounds, but he ended up throwing it right to me.”

From there, Virginia Tech settled for two field goals and Louisville kept the offense rolling with two touchdowns in the fourth quarter, bringing the score to 34-28 with 5:36 remaining.

Aided by good field position from recovering the onside kick and a personal foul penalty on Louisville, Khalil Herbert put the finishing touches on the triumph when he gashed the Cardinals up the middle for a 24-yard score. Herbert concluded the game with 21 carries for 147 yards, the fifth time he’s eclipsed 100 yards in a game this season.

Meanwhile, Hendon Hooker bounced back from the worst start of his career versus Wake Forest. One week after throwing three interceptions, the signal caller did not throw an incomplete pass. Hooker went 10-for-10 passing for 183 yards. He became the first Virginia Tech quarterback since at least 1987 to not throw an incompletion with eight or more attempts.

“He was really efficient in what we needed him to be and what he has the potential to be,” Fuente said of Hooker. “That’s what he’s done in basically every game he’s ever played except for one. He’s played pretty well with the exception of one game. He went out there today and played like the Hendon Hooker we’ve all become accustomed to.”

“Every day, my main goal is to complete every ball and just be a smart quarterback in tough situations,” Hooker said. “That’s what we did today, and it turned out into a victory.”

The Greensboro native added 68 yards on the ground and was the short yardage threat, collecting three rushing touchdowns in goal-to-go situations. The normally reserved Hooker showed some swagger, especially after his second touchdown where he plowed over a defender en route to the score.

“Normally I’m an even-keeled guy,” Hooker said. “Today I just felt like my guys were giving me great energy. I was sure to reciprocate that. Just keeping the energy high and getting my guys going was my main goal.”

That energy was evident on the sidelines the entire game and it was necessary a week after a huge letdown against Wake Forest. After all, it’s how you overcome adversity that can make all the difference.

“We’ve got a lot of guys with heart on this team,” Turner said. 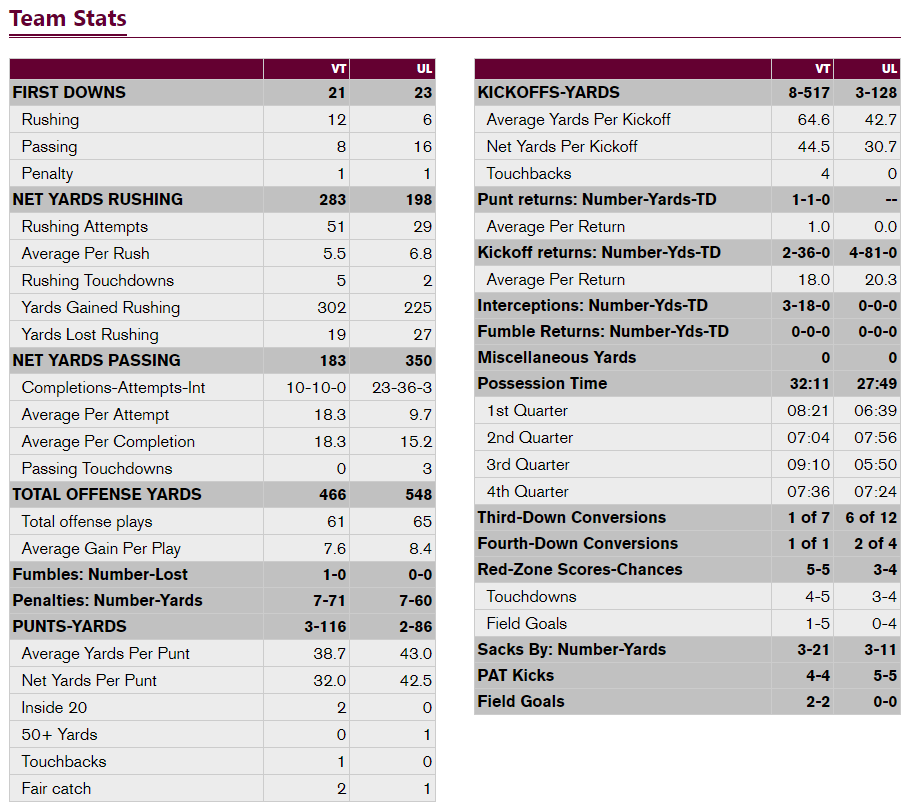 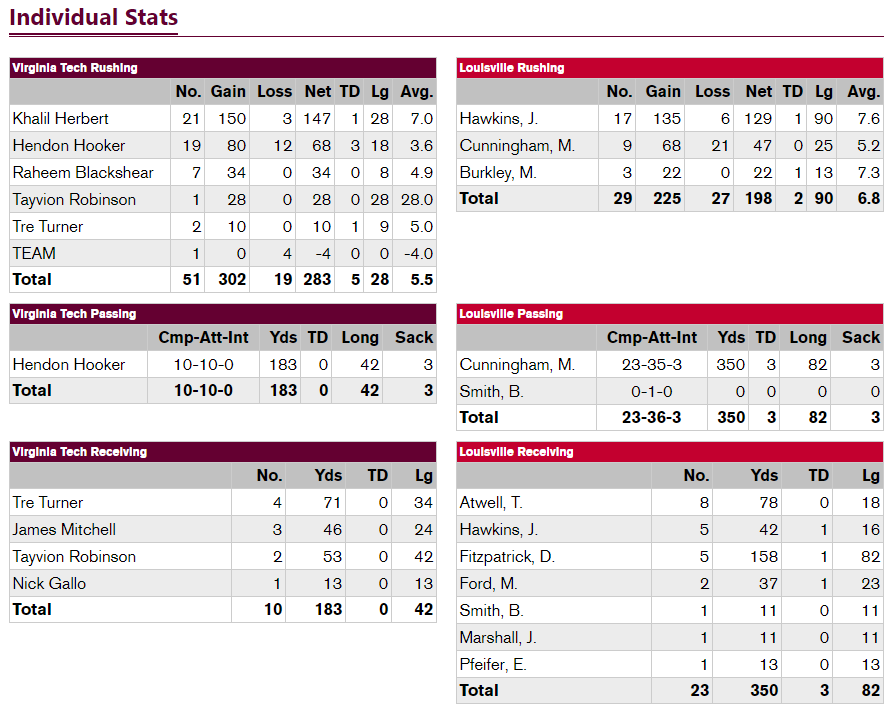 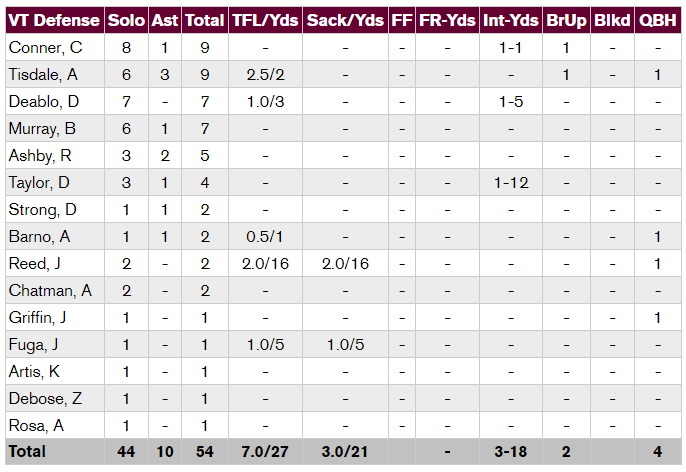