Virginia Tech tight end Dalton Keene has announced that he is declaring for the NFL Draft.

A true junior, Keene is from Littleton, Colorado. He started 38 of 39 career games and caught 59 career passes for 748 yards and eight touchdowns.

Keene made the announcement after midnight Friday night in this tweet, writing: 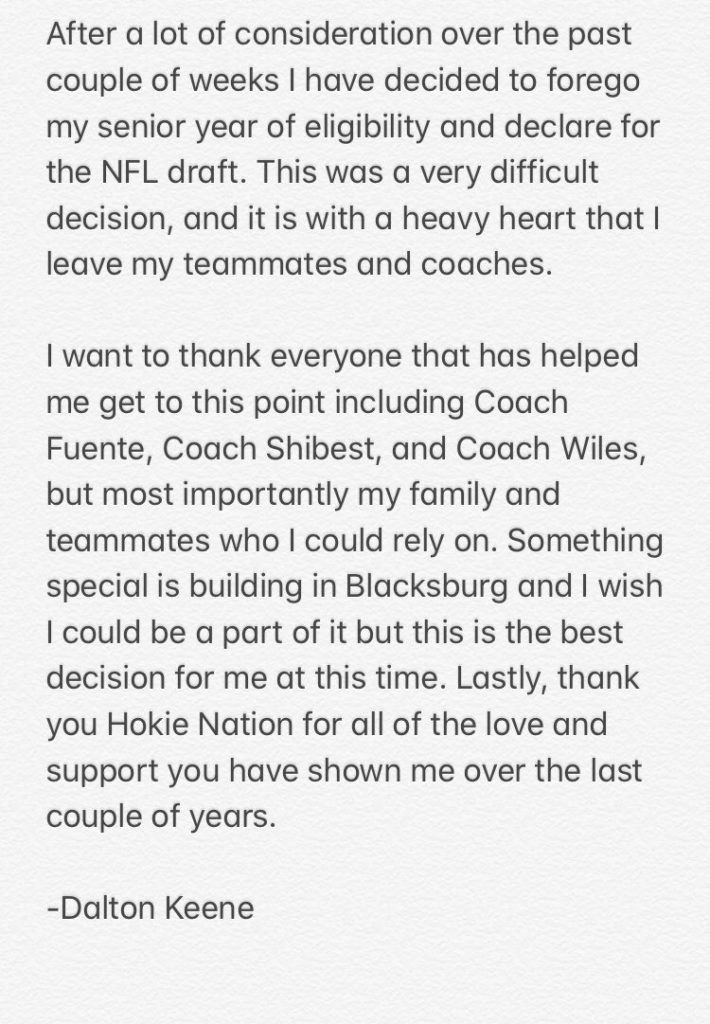 Keene was a productive receiver and blocker at Virginia Tech, and in the 2019 season, he also had 11 rushes for 33 yards.