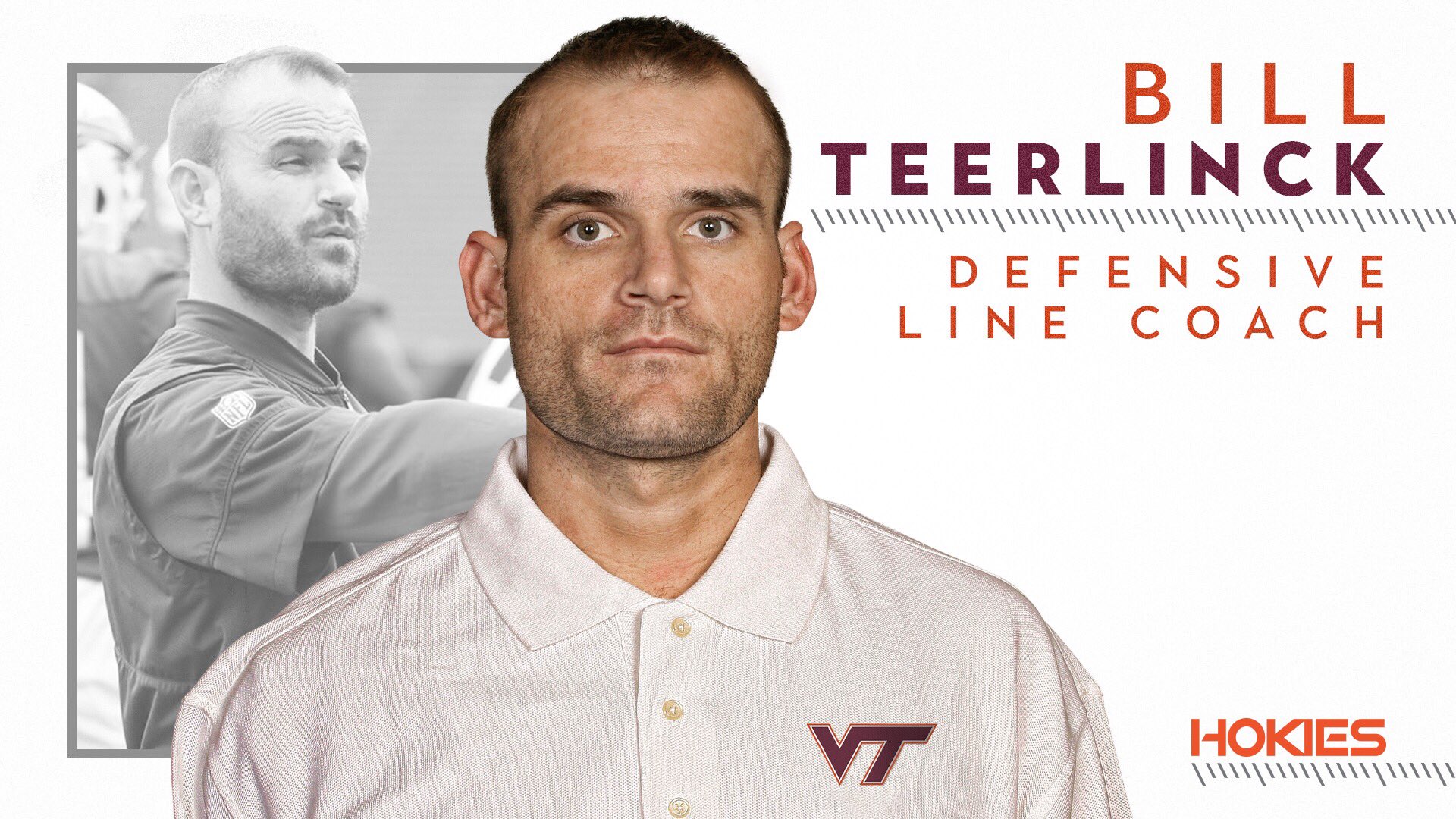 Teerlinck was Buffalo’s defensive line coach in 2018 and 2019 after serving one year as an assistant DL coach in 2017. This followed stints at Nevada, the Indianapolis Colts, and Illinois State.

Virginia Tech head coach Justin Fuente coached at Illinois State from 2001-2006, where Fuente and Teerlinck were on staff together for two years for the Redbirds.

In a hokiesports.com press release, Fuente said of the hire, “I believe Bill is one of the best in the business in terms of coaching the defensive line,” Fuente said. “He’s worked his way up the coaching ranks and has learned from some of the NFL’s most respected defensive coaches. Obviously, Bill and I have history working together and the timing was finally right for him to get back into the college game. He will be another solid addition to our staff and I’m excited for him to join us at Virginia Tech.”

Teerlinck added, “I have the utmost respect for Coach Fuente and the staff he’s put together at Virginia Tech,” Teerlinck said. “I love teaching the game and helping players reach their full potential. I’ve always thought that if the right opportunity came along that I’d enjoy getting back into college football. Clearly, the chance to rejoin Coach Fuente at a place with a such a long winning tradition and defensive excellence like Virginia Tech was the perfect fit. I can’t wait to get my family to Blacksburg and get to work.”

Bill Teerlinck is the son of long-time NFL coach and former NFL defensive end John Teerlinck. The elder Teerlinck played for the San Diego Chargers from 1974-77 before embarking on a coaching career that included six years as a college coach and 24 years coaching the defensive line for six different NFL teams.

The hire of Bill Teerlinck should boost not only the coaching acumen of the Virginia Tech staff, but its recruiting punch as well, with Teerlinck’s NFL experience and ties.

For the full hokiesports.com press release on the hire of Bill Teerlinck, click here.