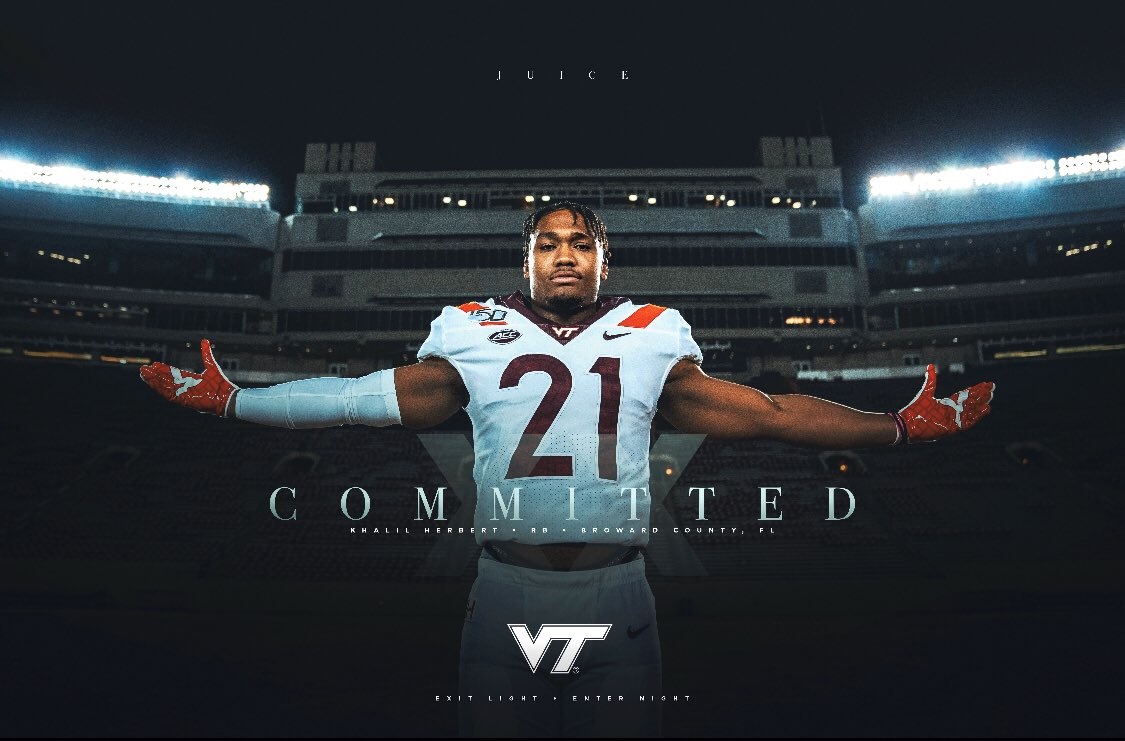 Virginia Tech has gained a commitment from running back Khalil Herbert, a graduate transfer from the University of Kansas.  He visited Blacksburg over the weekend, and announced his decision on Twitter on Monday night.

Herbert chose Virginia Tech over Nebraska.  He will be immediately eligible for the 2020 season at Virginia Tech, and will have one year of eligibility.

Highlights from Herbert’s game against Boston College are imbedded below.  He is listed at 5-9, 205, and is originally from Coral Springs, FL.