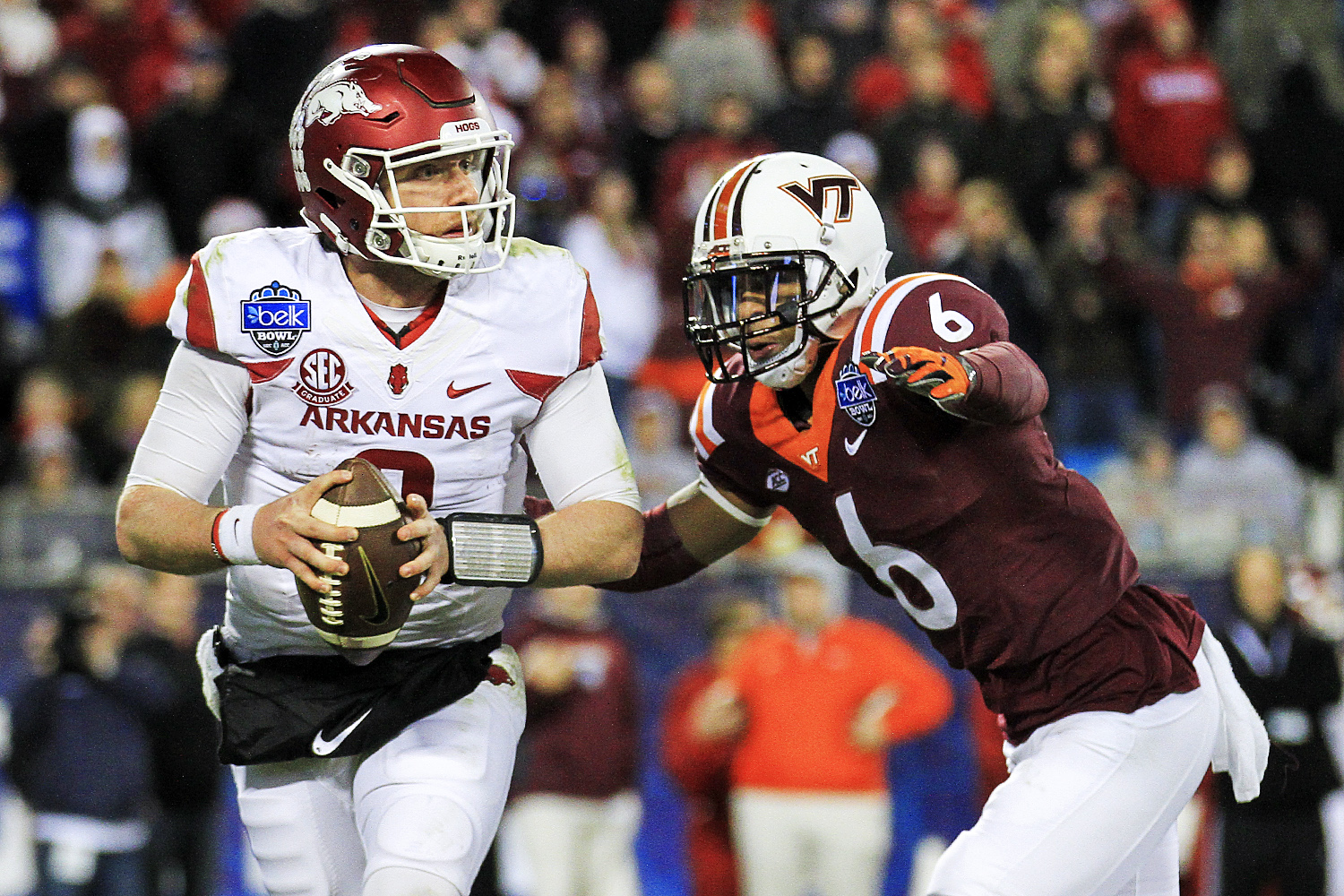 Virginia Tech announced on Monday morning that rising senior whip linebacker/nickelback Mook Reynolds has been dismissed from the program.  He was previously suspended from all team activities during the spring semester, though that information was not revealed until Monday morning’s press release.

Reynolds played a lot as a true freshman in 2015, and then became Tech’s full-time starter at whip/nickel as a true sophomore in 2016.  He amassed 165 tackles, 22.5 tackles for loss, 3.5 sacks and two interceptions during his career.  He is the second projected senior starter to be dismissed during the offseason, joining cornerback Adonis Alexander.

With Reynolds off the team, true sophomore Devon Hunter is expected to take over the starting role at whip/nickel.  He started at that spot during the spring after playing special teams as a true freshman in 2017.  Hunter was Virginia Tech’s top recruit of the 2017 class, with the following national rankings…

With the dismissal of Reynolds, the Hokies have just a total of 14 starts returning in the secondary: 12 from starting rover Reggie Floyd, and two from Khalil Ladler.  Redshirt sophomore safety Divine Deablo also has experience in a backup role.  They are now missing the following starters from last year’s defense…

Projected starting defensive tackle Vinny Mihota is also recovering from a torn ACL sustained in the home finale against Pitt.