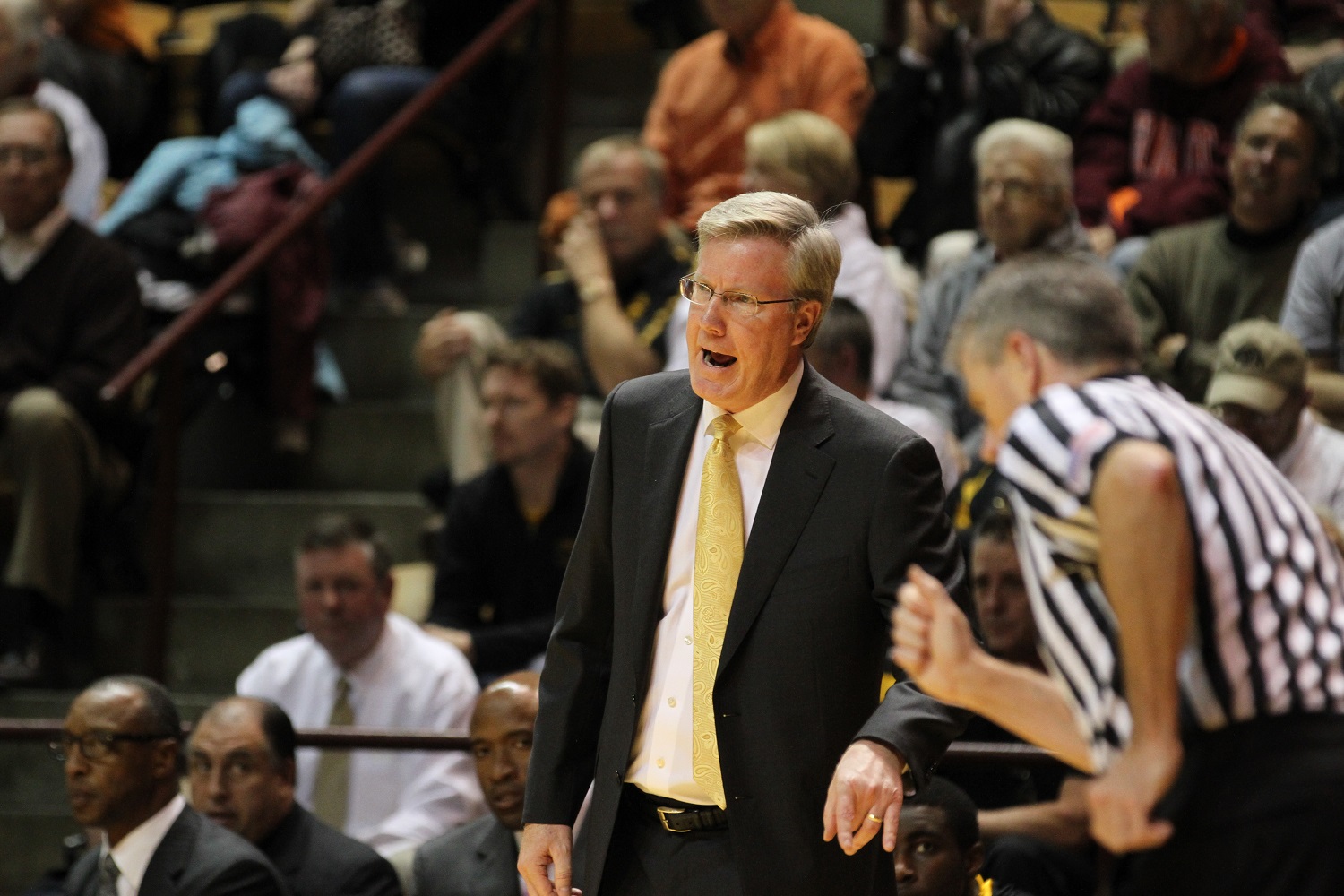 A big test awaits Virginia Tech on Tuesday night when the Iowa Hawkeyes come to Cassell Coliseum for the ACC/Big Ten Challenge. Iowa is 4-2 on the season, and though they are coming off a down season (by their standards), Fran McCaffery has built a solid program.

Fran McCaffery was the former head coach of UNC-Greensboro from 1999 through 2005. He replaced Randy Peale, who went on to become an assistant coach at Virginia Tech under Ricky Stokes. During Peale’s transition, he brought former UNC-Greensboro commit Carlos Dixon with him to Blacksburg, after a year at Fork Union.

After a successful tenure at Siena, McCaffery moved on to Iowa, where he has also enjoyed a successful career.

So far in 2017-18, the Hawkeyes have been somewhat disappointing.

Iowa had a rough trip to the Cayman Islands, with losses to Louisiana-Lafayette and South Dakota State. South Dakota State made the NCAA Tournament last year because they won The Summit League tournament, though they only finished 18-17. Louisiana-Lafayette is a solid program under Bob Martin, and they’ve made one NCAA Tournament and three CITs in his seven seasons. However, losing back-to-back games against those two opponents was disappointing for the Hawkeyes.

Why did they lose? Defense. In their last four games, Iowa has allowed 79.8 points per game, and their defensive numbers aren’t good.

That doesn’t bode well against a Virginia Tech team that leads the nation in scoring at 102 points per game, and averages 1.146 points per possession, which ranks No. 18 nationally.

The Hawkeyes haven’t been able to get it done on the defensive end, though Fran McCaffery is quick to point out that their offense has been lacking at times as well. Freshman backup point guard Connor McCaffery (Fran’s son) has missed the entire season with mononucleosis, and he will miss Tuesday night’s game as well. That absence, as well as the absence of forward Nicholas Baer, has forced players into different roles. Starting point guard Jordan Bohannon played 34 minutes per game in Iowa’s three games in the Cayman Islands.

Baer will return against the Hokies, however, after missing the first six games with a broken finger. The 6-7, 210 redshirt-junior is a natural forward, but McCaffery can play him at shooting guard as well. He was the Big Ten Sixth Man of the Year last season, and he was the only Division I player in 2017, and only Big Ten player over the last 25 seasons, to amass 250 points, 45 steals, 45 3-pointers, and 40+ blocked shots in a season.

Obviously Iowa has a major size advantage on the Hokies, with small forward Jack Nunge at 6-11, power forward Tyler Cook at 6-9, and center Luke Garza at 6-11. Virginia Tech actually offered Garza (Washington, DC) and Cook (St. Louis). Defending three players of that size at the same time will be something that the Hokies haven’t had to do all season. It’s imperative that Kerry Blackshear stay out of foul trouble, as the only Tech player in the regular rotation who is taller than 6-6.

Iowa is also very young, with two true freshmen, two true sophomores and a redshirt-sophomore in the starting lineup. However, it’s very possible that Ahmad Wagner (6-7, 235, Jr.) will start instead of Nunge at small forward. Wagner missed Iowa’s last game against UAB with a shoulder injury, and he should be ready to play tonight, though it’s unknown whether McCaffery will rush him back into the starting lineup. The Hawkeyes have a young team, with many sophomores coming off the bench in a backup role. In the past few years, it has been the Hokies who had an experience disadvantage in many matchups, but tonight’s game will be different.

Overall, the Hawkeyes represent a step up in difficulty for the Hokies. Tech was upset at the hands of Saint Louis in New York City, and the Billikens went on to get upset by the same Detroit Mercy team that the Hokies pounded 111-79 in the opening game of the season. We know the Hokies are a good team, but how good? Tonight’s game, followed by Saturday’s trip to Ole Miss, should give us a much better idea.

The ACC is already 2-0 in this year’s challenge, with Syracuse beating Maryland and UVA knocking off Wisconsin last night. The rest of the games are as follows…