At the start of a new season, every college sports team must find ways to replace graduating seniors. However, for Virginia Tech men’s basketball, this seems a far more difficult task heading into the 2017-2018 season.

Seth Allen and Zach LeDay were the heart and soul of the Hokies last season. The two led Virginia Tech in scoring, while both shot better than 53 percent from the floor. Allen served as Tech’s closer, hitting several big shots at the end of games to push Tech over the top. LeDay served as a steady force, scoring and rebounding down low despite being generously listed at 6-7.

Allen and LeDay were two terrific players, and now they are gone. 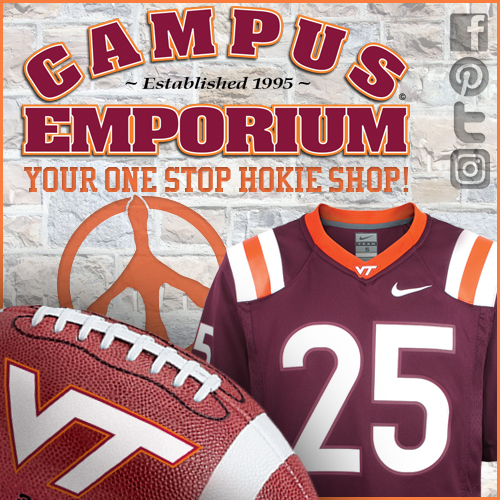 “It’s so hard to quantify what those guys gave us, particularly offensively,” Williams said. “They bailed us out, they covered up some issues both inside and outside. I miss them, our team misses them. There will be guys on our team — I don’t know exactly who it will be — that will have to eat some of that prowess that those two kids gave us. I don’t know exactly who that will be yet.”

Virginia Tech does have a few older players who might be able to fill the leadership void. Ahmed Hill and Justin Bibbs are both in their fourth year in the program, while fifth-year senior Devin Wilson will also be available for the Hokies. Justin Robinson, Chris Clarke and Kerry Blackshear are also in their third year in the program.

Still, it’s hard to replace guys like LeDay and Allen.

“I think their experience was really high,” Robinson said. “They were older guys. but I think it’s just time for everyone else to step up. I mean, they had a lot of scoring as you guys know, but with our system, it’s everyone’s night. We were so well-balanced last year that there’s so many people that are ready to step up. It hurts losing them, but it’s also a learning experience regardless.”

In order to replace Allen and LeDay’s production, Virginia Tech will rely on improvements in several areas, one of which is defense. The Hokies struggled defensively last season, allowing 74.7 points per game, which ranked 236th among Division I teams. The defensive statistics were the exact opposite of how Tech performed offensively, as the Hokies led the ACC in field goal percentage, three-point percentage and effective field goal percentage.

“But defensively, we were in the 10-13 range [in the ACC] in any defensive category that really matters,” said head coach Buzz Williams, who is entering his fourth season at Virginia Tech. “So, you finish sixth or seventh, because that’s the combined average of what you are. I don’t know that we’re first in those offensive categories, I hope we are, but I know we can’t be in that 10th-13th range and expect to continue on the path that we’ve been on.

“We’ll have to be a lot better defensively than we’ve ever been,” Williams said. “Last year, for sure last year, we didn’t mind if it turned into a scoring contest. I don’t know that we can score the ball as well as we did last year, but it’s still early.”

Being good defensively will require Robinson and Clarke to be available. Clarke tore his left ACL in February of last season, and has been rehabbing ever since. His versatility, athleticism and rebounding prowess make him an ideal power forward on both ends of the floor in Williams’ system.

“In my mind, I’m not saying I’m going to be a big piece, but I know I’m going to be needed,” Clarke said. “Definitely on the defensive end and rebounding, like you said. We’re small inside, but if we rebound and control the glass, I don’t think there’s a team that can beat us.”

Clarke said that as of now, the trainers believe he’s about 85-90 percent healthy. Clarke said he feels good to go, but that he isn’t sure when he’ll return to the floor.

Williams, who often is cautious with bringing players back from injury, said that Clarke could be ready by the beginning of the season.

Robinson missed all of Virginia Tech’s summer workouts due to a torn quad. It was the first time since his arrival to Tech that Robinson has missed any time. Robinson started at point guard again last season, and plays an important role on offense and defense.

“Justin is the only one [of his freshman class] from start to finish, up until this issue the last three weeks, he’s been a part of every practice and every game,” Williams said. “We have relied on (Robinson) from the beginning. He did earn that trust and he did earn that opportunity to play. Part of it was he had to. There wasn’t another choice. I thought that him and Seth, the symmetry between those guys when Seth became eligible, I thought that helped (Robinson) mature. It also removed a little bit of the burden.”

Robinson believes he’s ready to go, but understands that Williams isn’t going to rush him back. Robinson received a PRP (platelet-rich plasma) injection for his quad, and has felt better and better since the shot.

“I think that sped up the process a lot,” Robinson said. “I’m back cleared, just an executive decision, it wasn’t right to put me back in the boot camp, just for what could possibly happen. I respect Buzz for that. He always protects his players.”

While Virginia Tech may not be able to recreate Allen and LeDay, they hope the incoming freshmen class can make an impact. The Hokies signed Nickeil Alexander-Walker, Wabissa Bede and PJ Horne for the Class of 2017, and all three are likely to see the floor this season.

Alexander-Walker is the most heralded of the trio. The 6-foot-5, 210-pound wing player was rated as a 5-star prospect by ESPN, and is widely considered to be one of the best freshmen in the country. His versatility and talent should place him in a prominent role early.

“Nickeil is a switchable,” Williams said. “Nickeil can pass, dribble and shoot, has length, has size. Had a really good summer. He graduated from Hamilton Heights a little earlier than normal, relative to when that school was let out. So he was able to both summer sessions. I think that allowed him to get in a really good rhythm in the weight room. I don’t know as of today, but he’s gained about 10-12 pound of muscle, which he needed.”

Even though preseason practice hasn’t started yet, Alexander-Walker has been told he has the green light to shoot it when he sees fit.

“It’s monumental almost, because we were a great shooting team,” Alexander-Walker said. “We led the ACC in three-point field goal percentage. So for me to come in and have that license, that means they have a lot of confidence in me. That’s going to help me play, knowing I can shoot the ball and stretch the floor out.”

Bede is another highly-regarded freshman. At 6-foot-1 and 195 pounds, Williams is expecting Bede to be ready to contribute defensively right away.

“I think he will help us on the defensive end,” Williams said of Bede. “I think his mentality, his physicality, he was an elite level winner prior to here, not only in high school but also in AAU.”

Horne might be the closest thing to Zach LeDay Virginia Tech will ever see. Horne has a similar body frame at 6-foot-5 and 215 pounds, and is already drawing LeDay comparisons.

“They both have an old man’s game,” Robinson said of Horne and LeDay. “It’s crazy to me, they both play similarly. They have that sort of feel of an old school game where, I wouldn’t say it doesn’t look pretty, but it’s just like, ‘Wow, he gets it done regardless.’”

Horne said that he’s studied LeDay’s game, and built a relationship with him during his recruitment.

“I really loved watching him play,” Horne said. “We really got close and he told me how things went, as far as playing on that level and how you can be great.”

Horne will be backing up Kerry Blackshear most likely. Blackshear missed all of last season with a foot injury, but is a full-go as of now. At 6-foot-10, Blackshear is the only recruited scholarship big man on the roster with traditional size.

“We need him to stay healthy, that would be the first thing,” Williams said. “We don’t have any other choice. The next thing is how can we utilize his skill set not only with his back to the basket, but facing up, where it takes some pressure of the other guys that are on the floor with him.”

Even with all of the questions, Virginia Tech feels confident that they can overcome their obstacles. They’ve done it through the first three years of Williams’ tenure, so why stop now?

“There may be a little bit of that going on,” Williams said. “I think what we’re struggling with now is, when you’ve never had any success, and I’m not saying what happened last year would be deemed successful in most programs’ view, but to our guys that was the most they had ever done. I think the hardest thing, particularly at that age, is to reconfigure and realize that team is over and this is a new team, and you start back at ground zero.”