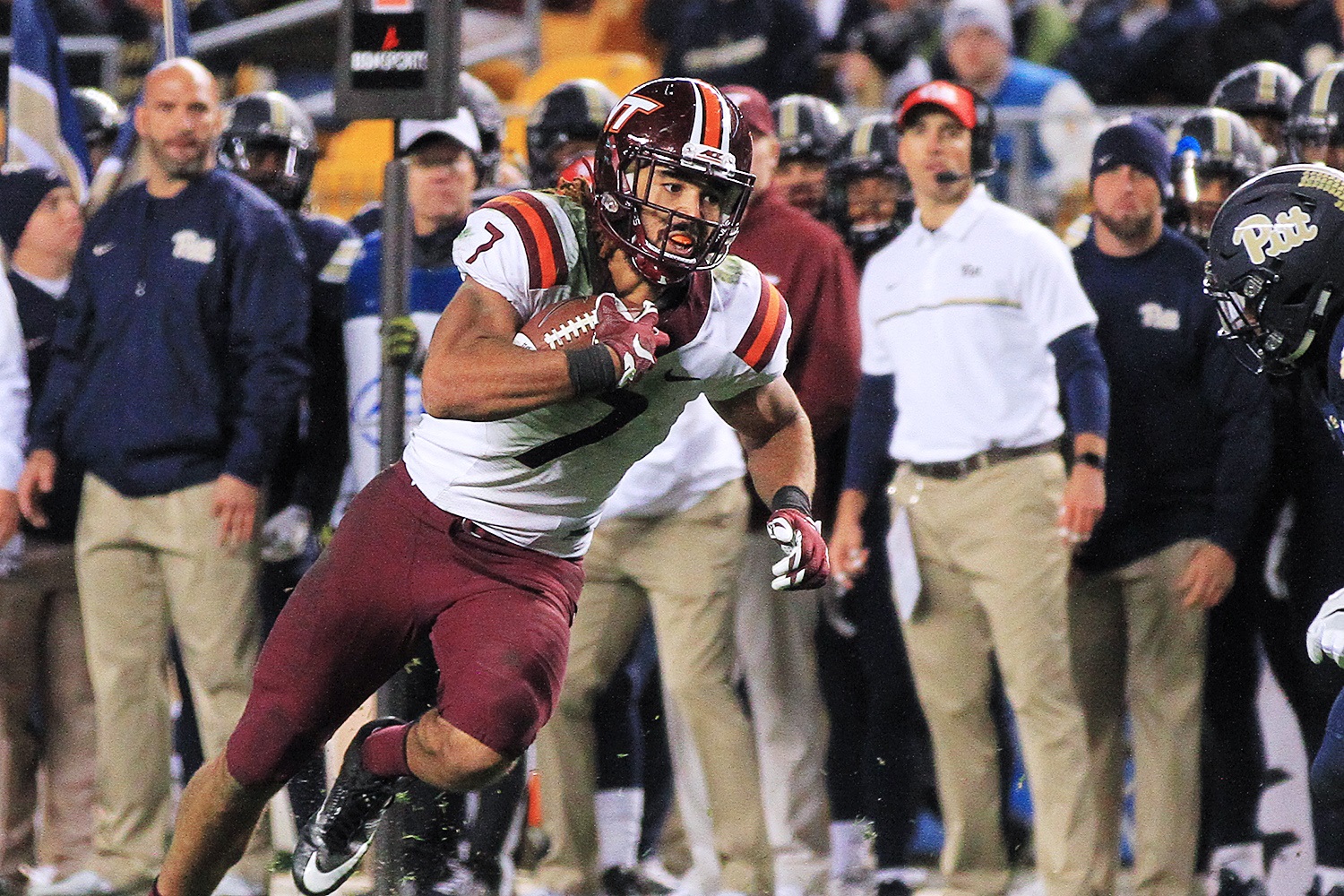 The 2017 NFL Draft didn’t go as planned for Virginia Tech. In all, four Hokies were drafted, but it took until the sixth round for a Virginia Tech player to come off the board. Let’s take a look at four Hokies drafted, as well as the Hokies headed to NFL teams on undrafted free agent contracts.

Surprisingly enough, safety Chuck Clark was the first Virginia Tech player to be taken. Baltimore loaded up on defensive players on all three days of the 2017 NFL Draft, and Clark was the second defensive back taken by the Ravens. Clark was projected as a sixth-round talent, but wasn’t seen as the best player out of Virginia Tech in the draft. Still, coach John Harbaugh is a great defensive mind and Clark couldn’t have found many better places to be.

I was pretty shocked that Bucky Hodges fell to the sixth round. Most 6-foot-6 tight ends with his measureables don’t make it out of the first three rounds. However, it seems as if NFL teams saw some of the same problems other people have when it comes to Hodges’ game. Hodges was a part of a deep pass-catching class for the Vikings this year, as Minnesota drafted three receivers/tight ends. The Vikings also drafted Florida State’s Dalvin Cook in the first round, as they try to create some offense around Sam Bradford, and possibly Teddy Bridgewater if he makes it back from injury.

Just five picks later, Sam Rogers was the third Hokie taken. The sixth round was roughly where I expected him to go, simply because of his versatility on offense and ability on special teams. The Rams, under new Head Coach Sean McVay, likely won’t use a tradition fullback in many of their packages, but I still expect Rogers to carve out a role.

I’ve spent the last two days trying to justify Isaiah Ford going in the seventh round, and I’ve had little success. Ford set school records at Virginia Tech and looked about as polished as anyone in the draft class this year. Ford was projected early in the process as a third-round pick, but his slow 40-yard-dash time (4.61 seconds) likely scared teams away. To me, Ford is fast enough on the field to make an impact and will become a decent receiver at the NFL level. I wouldn’t be surprised at all to see Ford make the Week 1 roster. 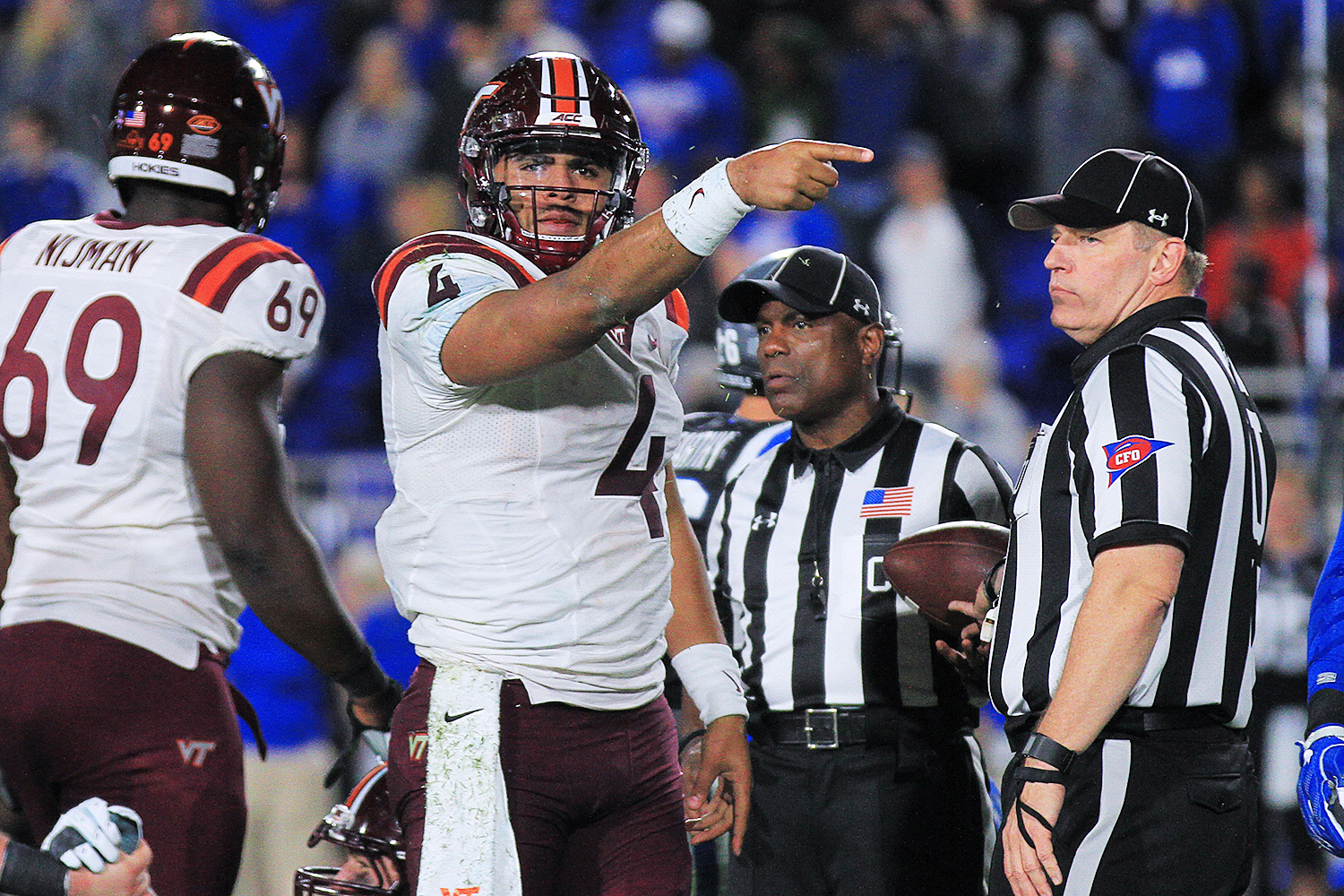 Note: Until the moves are officially announced by each NFL team, it is unknown if these players signed undrafted free agent deals or received minicamp invites.

Nigel Williams wasn’t expected to be drafted, but he has a good work ethic and could carve out a backup role in the NFL. He’ll join Tyrod Taylor in Buffalo.

Of all the undrafted players from Virginia Tech, I think Woody Baron has the best chance to make a roster. I love his intangibles and he had a monster season as a senior. Despite putting up big numbers, he flew largely under the radar during the pre-draft process.

Denver is a great place for Ken Ekanem, who should play 3-4 outside linebacker and specialize as a pass rusher. He’ll need to improve in coverage, as he was rarely asked to do it at Virginia Tech.

I like Jonathan McLaughlin’s upside as a right tackle at the NFL level. He has a lot of work to do, but playing under Bruce Arians is a pretty good situation. McLaughlin plays a developmental position anyway, and spending a year on a practice squad wouldn’t be the worst thing.

Evans not being drafted was another small Saturday surprise, simply because of his upside. In fact, teams passed on Evans for 10 other quarterbacks, which is quite a big number. As of now, Evans remains unsigned, which is also surprising. If the Broncos are willing to draft Chad Kelly with the last pick of the draft, surely a team is willing to take a flier on Evans after the draft. Of all the undrafted quarterbacks, Evans has the best skillset and the highest ceiling.