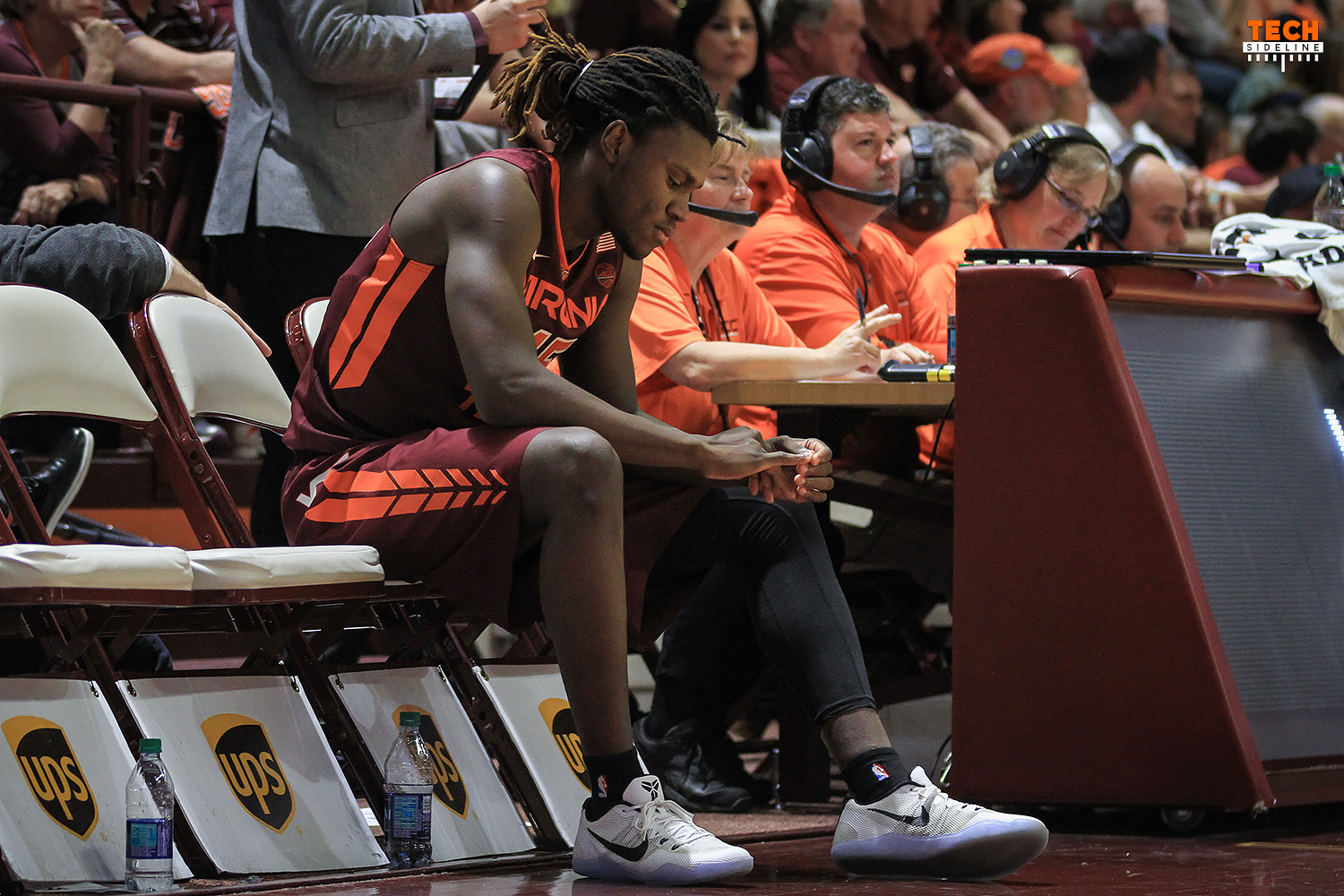 Virginia Tech sophomore wing Chris Clarke will miss the remainder of the season with a torn left ACL.  The injury will require surgery, and the timing of the injury could put Clarke’s 2017-18 season in jeopardy as well.

Clarke was averaging 11.4 points per game, and was also Tech’s leading rebounder at 7.3 boards per game.  He was shooting 58.8% from the field, and all year had flashed the ability to impact the game in so many different ways.  On December 17, Clarke recorded the first triple-double in Virginia Tech history with a 13-point, 12-rebound and 10-assist night against The Citadel.

The loss of Clarke not only costs Virginia Tech a reliable starter, but it hurts an already thin bench.  The Hokies were going with an 8-man rotation with so many players hurt or redshirting.  Now they are down to just seven regulars: Seth Allen, Zach LeDay, Justin Robinson, Ahmed Hill, Justin Bibbs, Khadim Sy and Ty Outlaw.

Tech had already lost senior center Johnny Hamilton for the season with a fractured hand, while sophomore center Kerry Blackshear is redshirting while recovering from a leg injury.  Freshman guard Tyrie Jackson has to sit out this season as well, and Buzz Williams has not given details as to the reason.  JUCO transfer forward Seth LeDay is also required to sit out this year per NCAA rules.

If the Hokies want to play an eighth player in the rotation, it would likely be former walkon guard Matt Galloway, who was awarded a scholarship at the beginning of the spring semester. Galloway is a senior and he’s scored three points in 10 games this year.