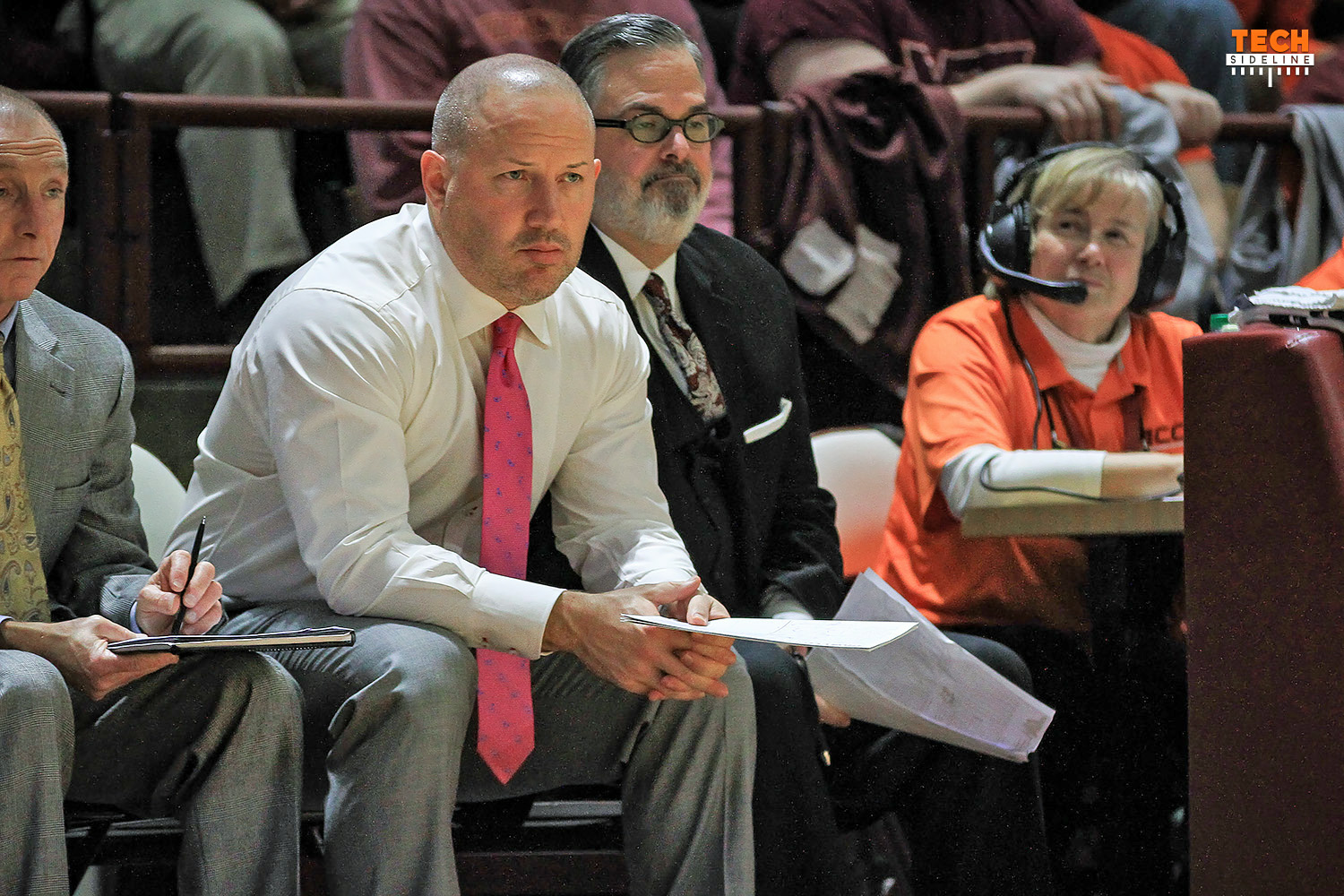 Florida State was coming off an impressive victory over UVA in Charlottesville, and they were looking to remain tied atop the ACC standings with Notre Dame.  They succeeded.  This game was close early, and in fact the Hokies took an early 6-0 lead.  Things were back and forth, and a three-pointer by Ahmed Hill put Tech up 20-16 at the 12:38 mark of the first half.

However, that’s when the Seminoles went on a run.  An 11-2 run put them up 27-22, and they never trailed again.  The Hokies had trouble with FSU’s size on the inside, but the main issue was stopping the ball against the Seminoles’ impressive array of wing players.

Terance Mann paced Florida State with 22 points, while star guard Dwayne Bacon added 17.  Mann even managed to make his first two three-pointers of the season.  He was 0-of-7 coming into the game.  As a team, they shot 49.2% from the field.

The Hokies shot 45.2%, but missed most of their open three-point jumpers.  Ahmed Hill was 3-of-5 from the outside, but the rest of the team combined to go just 1-of-10.  Hill scored 16 points, and was one of four Hokies in double figures.  Chris Clarke led the way with 22 points, eight rebounds and two steals, while Zach LeDay had 19 points and seven rebounds.  Justin Robinson finished with 11 points, but he was just 3-of-8 from the field and had an uncharacteristic five turnovers.

The Hokies were without Seth Allen, who missed the game with concussion-like symptoms.  With his absence, the Hokies were basically limited to a 7-man rotation.  Robinson, LeDay and Chris Clarke spent part of the game in foul trouble as well, which made matters even worse.

With two tough road games behind them, the Hokies return to Cassell Coliseum for three consecutive home games.  Tech takes on Syracuse on Tuesday night.  Tipoff is scheduled for 7pm, and ESPNU will televise the game.