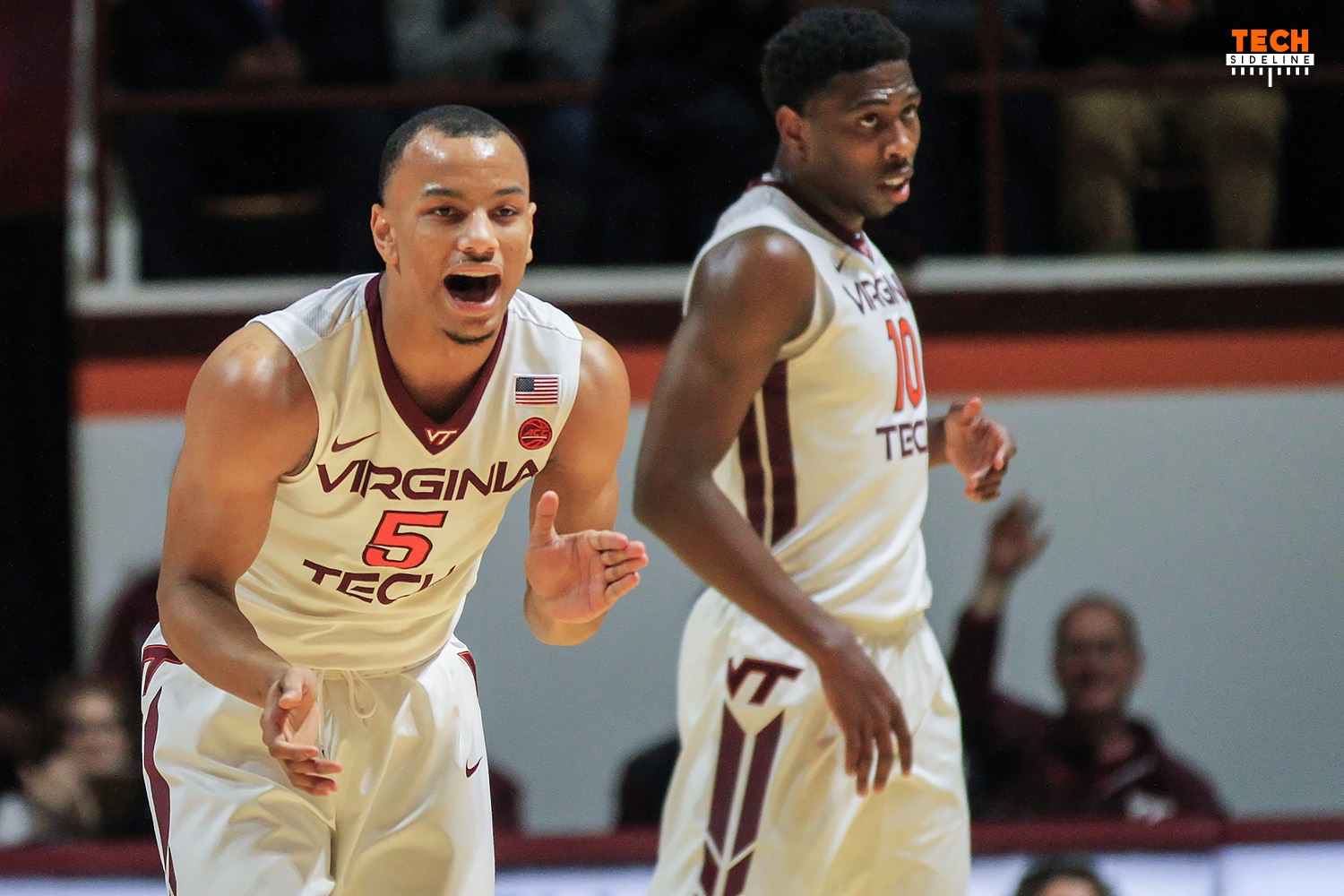 #21 Virginia Tech (12-2, 1-1) will face a big challenge on the road at #21 Florida State on Saturday afternoon.  The Seminoles are 14-1 overall and are one of just two ACC teams (Notre Dame being the other) with an unbeaten conference record.

FSU has a pair of ACC wins against Wake Forest and Virginia, the latter being a very impressive 60-58 win inside John Paul Jones Arena.  The Seminoles are a very talented team in the middle of a very tough stretch of games.  After winning on the road in Charlottesville, here’s what their upcoming schedule looks like…

Throw in the win at UVA, and college basketball schedules don’t get any tougher than that, though FSU does play the majority of those games in Tallahassee.

Florida State’s only loss of the season was an 89-86 setback to the Temple Owls, a 9-7 team that had no business knocking off the Seminoles.  However, FSU defeated Illinois and a Top 25 Florida team during their non-conference schedule.  Combine that with their victory over Virginia, and this is clearly a very capable team that certainly has the ability to make a deep run in the month of March.

If you’ve followed Florida State’s program long enough, you know that head coach Leonard Hamilton values size and length.  Take a look at some of the guys who will see the court against the Hokies on Saturday…

Florida State will throw size at their opponents in waves.  Guys like Ojo and Koumadje aren’t very skilled, but the can protect the rim and hurt smaller teams on the boards.

On the other hand, Jonathan Price is very skilled.  He’s averaging 12.2 points and 7.3 rebounds per game as a freshman, and he will be a very tough matchup for the Hokies, a team that lacks size.

With guys like Kerry Blackshear (6-10) and Johnny Hamilton (7-0) out with injuries, the Hokies already lacked size.  Then 6-10 freshman center Khadim Sy turned his ankle during the shootaround before the NC State game, and Tech got even smaller.  If he can’t play on Saturday, Buzz Williams will have no post players taller than 6-7 in his rotation.  That one player, Zach LeDay, happens to be Tech’s only post player in the rotation, besides Sy.

If Sy can’t go, then Buzz will probably have to use Ty Outlaw (6-6) and Chris Clarke (6-6) at the center position at times on Saturday.  Needless to say, that’s a tough interior matchup for Tech, though Outlaw’s outside shooting and Clarke’s athleticism could provide a tough matchup for the Seminoles in turn.

Plenty of Size and Skill on the Perimeter

Not only is Florida State big on the inside, but they have big guards and wings as well.  While the ‘Noles are noted for their size on the interior, the real strength of their team is their skill and length on the perimeter.  Here’s a look at the starters the Hokies will be facing on the outside…

All of those guards can get to the basket, and two of them can make outside jumpers.  Mann is the exception, as he’s 0-of-7 from three-point range this year.

Bacon is a legit NBA prospect who is projected to be a first round selection in the NBA Draft.  It was Bacon who hit a huge shot to knock off UVA in Charlottesville earlier this week.  He dropped 22 points on the Hokies in Cassell Coliseum last season, though Tech did hold him to 13 points on 4-of-14 shooting in the ACC Tournament.

Trent Forrest (6-5, 215, Fr.) is another guard that Florida State brings off the bench.  He averages 6.8 points per game and has a team-high 26 steals.  He’s only attempted five three-pointers on the season, so at this point in his career he’s mostly a driver.

In short, Virginia Tech will have a lot of length and skill to deal with on Saturday when they travel to Tallahassee.