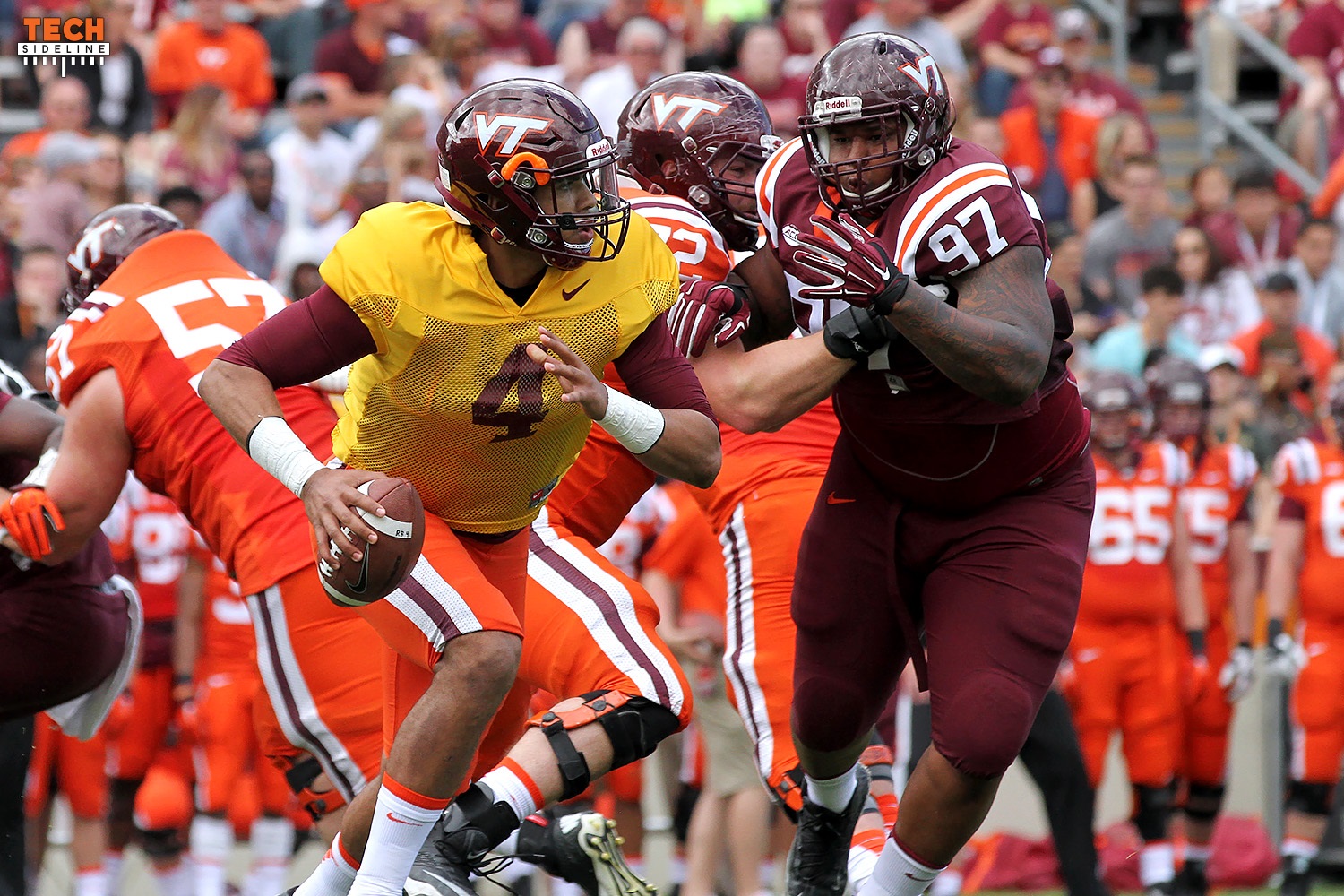 Justin Fuente announced on Thursday that r-junior Jerod Evans will start at quarterback in Virginia Tech’s season opener against Liberty.

Evans, a junior college transfer from Texas, has been locked in a tight battle with Brenden Motley and Joshua Jackson for the starting position.  He was personally recruited to Virginia Tech by Fuente within weeks of Fuente’s hiring.  Many recruiting analysts rated him the #1 JUCO quarterback in the country for the 2016 recruiting class.

Fuente noted that he and quarterbacks coach Brad Cornelsen have not settled on a backup as of yet.  They will continue to develop both r-senior Brenden Motley and true freshman Joshua Jackson.

TSL will have more on this announcement later tonight.