Even with a new head coach and a bunch of talent coming back on the offensive side of the ball, the media isn’t that high on the Hokies.

Virginia Tech was picked to finish fourth in the ACC Coastal Atlantic Division by the media at the annual ACC Kickoff in Charlotte, NC last week.

The Hokies did receive three first-place votes. Virginia Tech has to play North Carolina and Pittsburgh on the road this season, but will get Miami in Lane Stadium in a Thursday night game. Tech’s finish in the Coastal will likely depend on how they do in those games.

Clemson quarterback Deshaun Watson was tabbed as the ACC Player of the Year, which he also won last season. Watson threw for 4,104 yards and 35 touchdowns last season, while running for 1,105 yards and 12 touchdowns.

Here’s a breakdown of how the media voted. 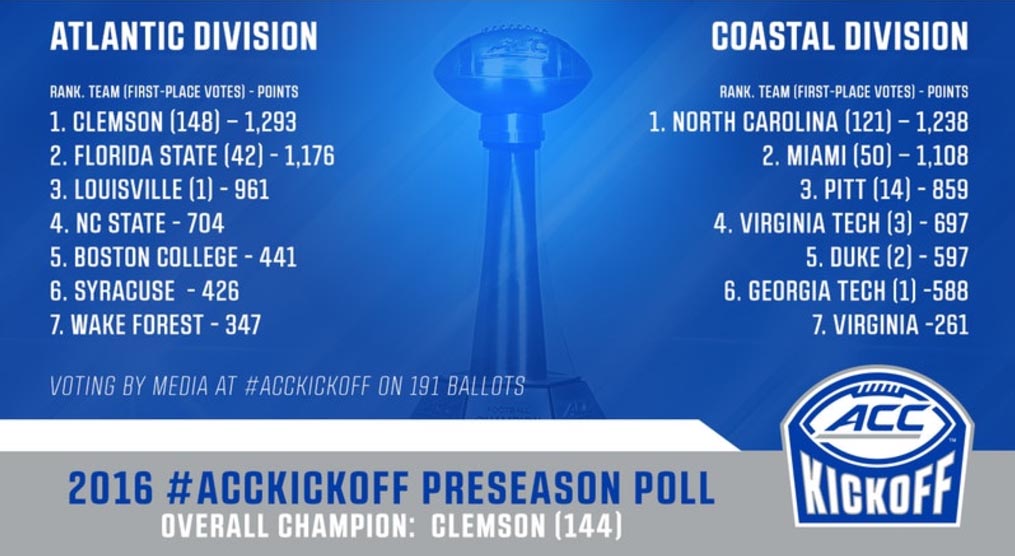 ACC Player of the Year

You can find the entire press release from the ACC here.