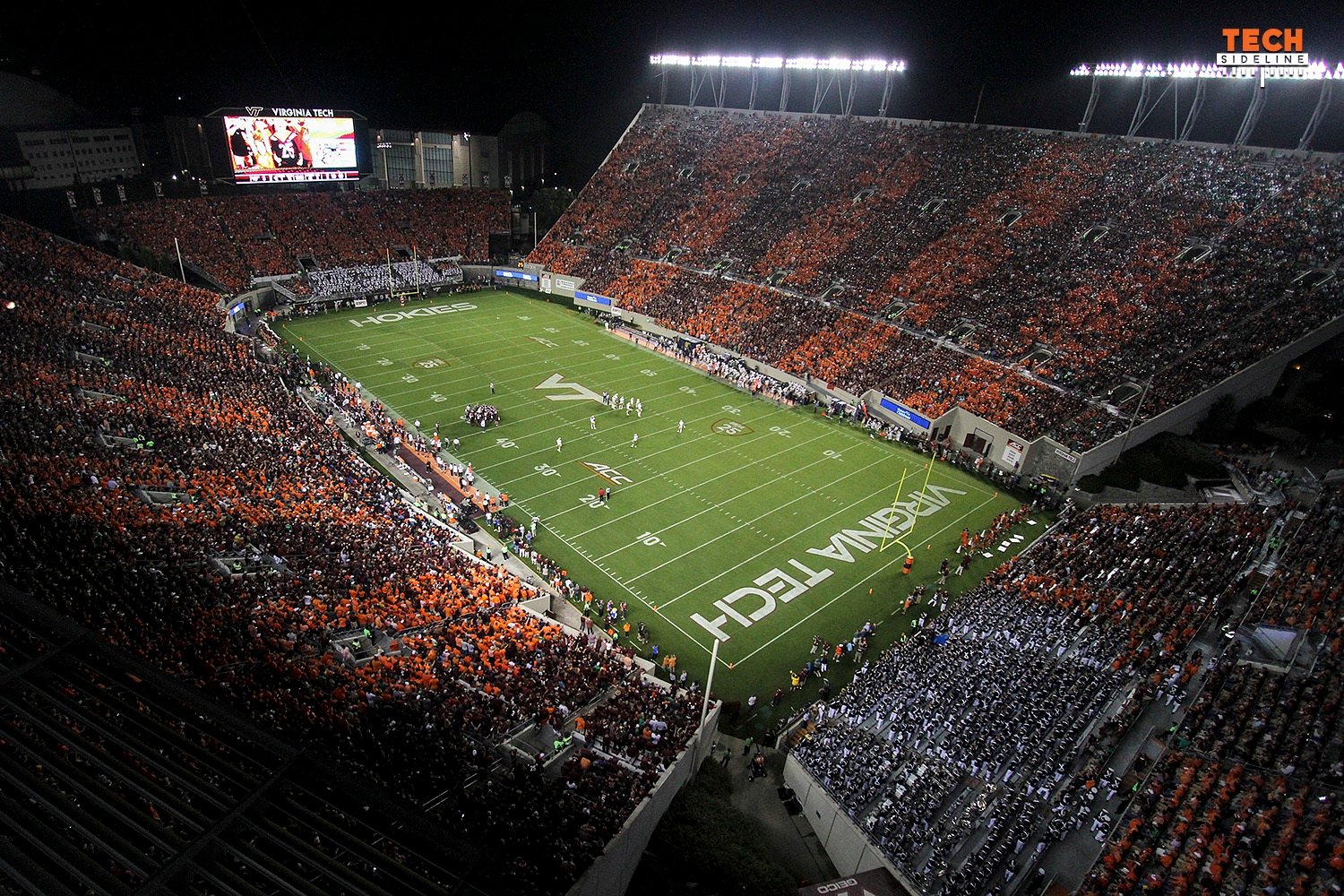 1) What is VT doing, or can do, to make the Lane experience even better? – VTVOICE

Chris Coleman: We get this question, or a question like it, from time to time. My answer has always been “win more football games.” That’s still my answer, but I’ve got some more evidence to back it up now.

Back in March, I had a conversation with someone at Virginia Tech who reads all of the “fan experience” emails that Virginia Tech gets following football games. This person told me that after the Hokies win a home game, they get hardly any emails at all. Everybody is happy. However, whenever Virginia Tech loses a home game, all of a sudden that inbox is filled with complaints about Wi-Fi, music selection, bathroom lines, concessions, online tickets, or anything else that people can find to complain about.

Point being, winning and losing changes how people feel about other things. Or at the very least, winning makes you push all of that stuff to another section of your brain. You may still have complaints, but you just don’t notice the things you don’t like nearly as much when you are winning football games.

That’s not to say that I wouldn’t change anything. Sure, I’d love faster internet. Sometimes some of the music can be a little bit obnoxious I suppose, or too loud depending on where you sit in the stadium. But it’s nothing that is stopping me from going to a game. In fact, I never even think about any of that stuff until somebody brings it up. As long as they don’t ban tailgating, I’m sure I’ll always have a positive experience at Virginia Tech football games, which of course would be made even better if the Hokies start winning more.

That said, there is one change I would make. I would cut off the top half of the South Endzone. Most of those tickets don’t get sold these days, even for the big games, and the excess tickets just end up getting dumped on StubHub (I’m sure for a very small amount of money) so the athletic department can declare that the game is technically a sellout.

Tech doesn’t need those seats. I’d cut them off and put an awesome outdoor deck up there, complete with a bar or two, tables, etc. Sort of like the Chop House at Truist Park in Atlanta (see info here and pics here). Heck, you could even put some games like Cornhole, or whatever else people can think of. I’d put a roof on it, to keep those people out of the elements and keep them from getting sunburned in September, but there would be no walls or glass…it would be an outdoor environment, and somewhat of a party environment.

If I were ever going to purchase anything besides a normal ticket in Lane Stadium, that’s the type of environment that I’d be looking for.  Outdoor, yet covered. A tailgate atmosphere, yet you are inside the stadium and watching the game. That’s something that would improve my own personal fan experience.