I’ve talked a lot about “Inside Zone” this offseason, and I’ve got a feeling I’m going to talk about it a whole lot more once Virginia Tech is back on the field. It was mentioned back on May 2 when breaking down Spring Game video.

It’s been a while since I’ve done a deep look at this fundamental running play, and now seems like the perfect time to do it. Let’s look into the origins of the play, how we’ve seen it with the Hokies and what it looks like for the 2022 squad.

This’ll be fun. Now, here’s what all the fuss is about:

That’s a decent run up the gut, probably owing a lot to Sam Rogers’ effort and the defense standing around. But look closer and Rogers has a lot of help. And those slack-jawed defenders sure seem like they’re watching something. And, weirdly, the Hokie blockers are shoving the defense right where Rogers is trying to run. What’s going on?

Basics Of Running The Zone

For most of football’s existence, the running game was built on one idea: Push the defense away from where the runner is going. How old is this idea? Well, if you asked its progenitors about the history of World Wars, they would’ve wondered if you’d given a weird name to the efforts of Napoleon or Alexander.

Push the defense away from the ball. It makes all the sense in the world, it’s simple enough for anyone to understand and it worked.

Defense: “I shall tackle your man who carries the ball!”
Offense: “Not if I push you mightily away from where he’s running!”
Defense: “What trickery is this? Drats, foiled again!”

Because of how defenses align, most running plays try to split the defense at a particular spot and push each cluster of defenders to either side of the runner. This is because, unless the defense is a few French fries short of a Happy Meal, trying to push the entire defense in the opposite direction of the runner will leave an unblocked defender. Here’s a pared-down look: 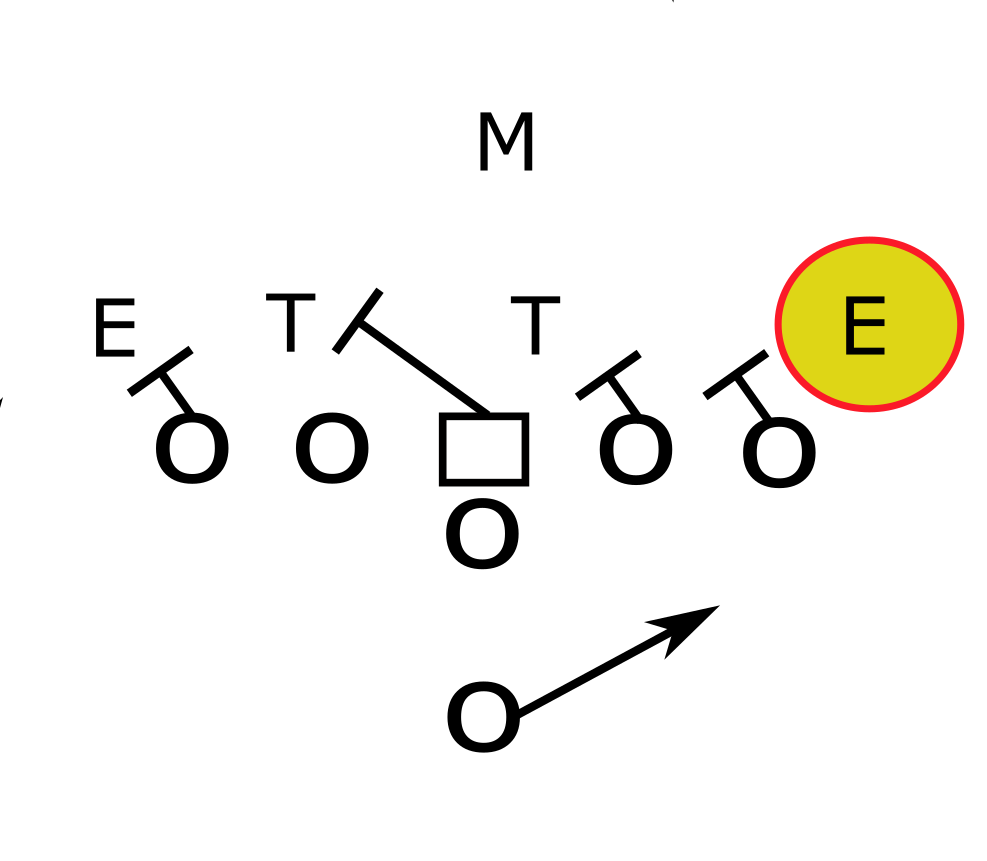 If the circled defensive end had a lick of playing ability, he’d get into the backfield and stop the run before it started. (On a full field of players, it’d