Virginia Tech beat Syracuse 31-7 in 1995 in a regionally televised game on ABC (that was a big deal at the time).  The win over Donovan McNabb and the Orangemen put the Hokies in a prime position to clinch a share of the Big East title the next week against Temple.  Plans for the Merryman Center were also announced the same week.  It was a huge time in Hokie football history.

This week’s video is a bit different.  The highlights come from Virginia Tech’s old Sunday TV show, Virginia Tech Sports Today because the video is of better quality than the actual game recording we had access to. Later in the article we’ve included a video of Beamer and Burnop discussing the importance of the just-announced plans for what would become the Merryman Center.  I definitely recommend watching these videos, if only for some nostalgia.

Like all articles in this series, I’ve written the article as if we were currently living 1995.  I imagine this is what I’d have written had I been writing day-after articles back in 1995.

Here’s a link to the Box Score. 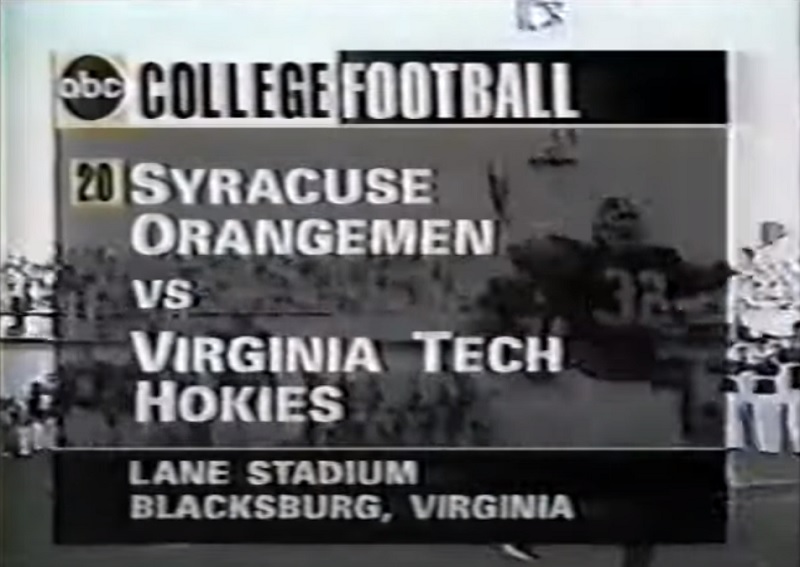 In what was probably the biggest game in the history of Lane Stadium, and perhaps