We’re getting into the weeds now. We’ll look at saret’s dealings with the Hokie Club, explore how universities academically support their athletes, and show how athletic department work in general. I missed last week where an image of Iowa’s org chart didn’t load, so I’m including it below: 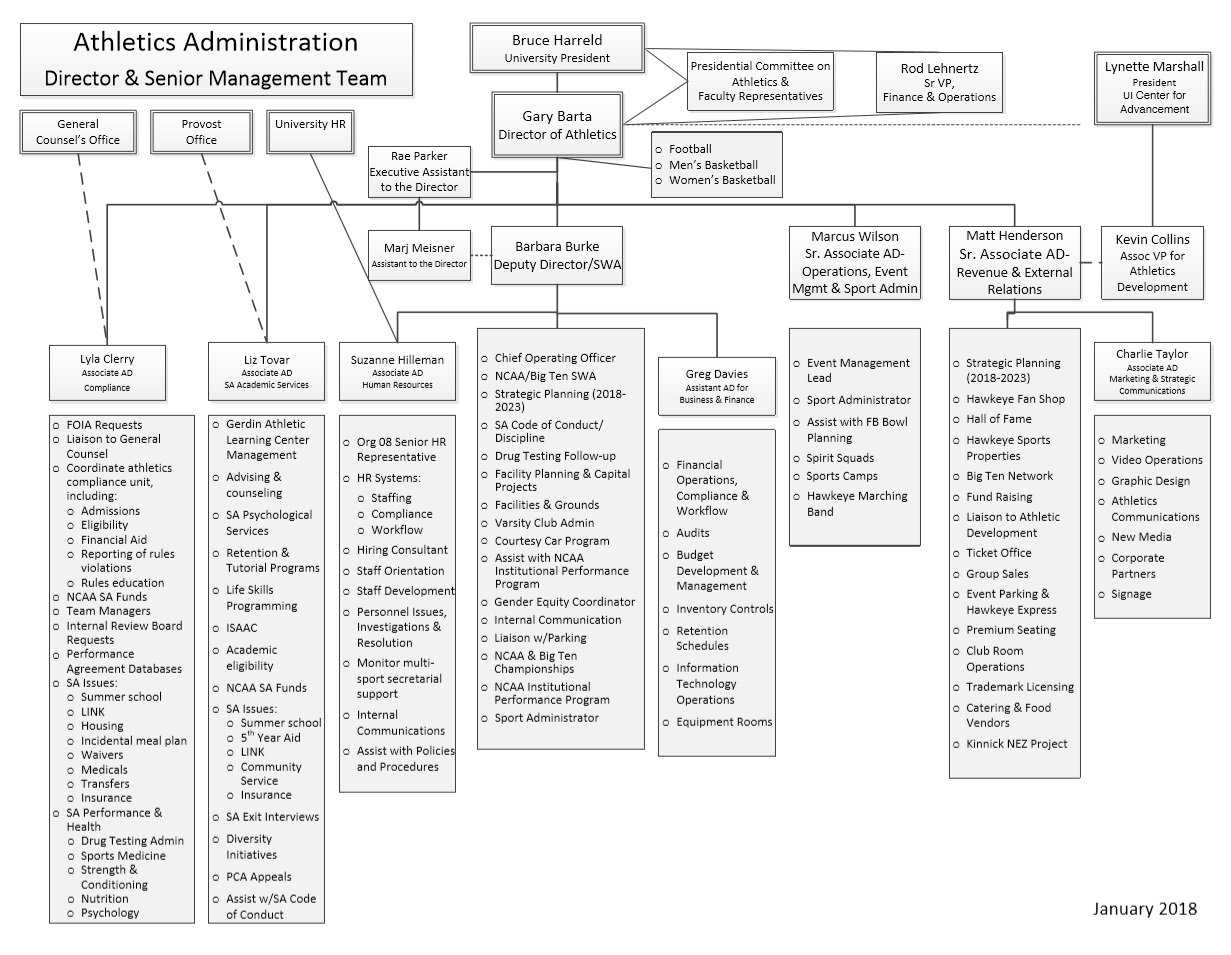 Also, here’s the link to VT’s athletics org chart, found on page 481 of this document.

Looking over both might be a good refresher before going on.

Last week we named and grouped administrative heads and their units. Now let’s look at what they actually do.

Development and the Hokie Club

University development offices pester people to give money, and the same is true for development operations in athletic departments. The big difference between the two is that athletic fundraising is tied into the commerce of ticket sales. This is something that’s caught the eye of the IRS, which led to changes in tax regulations. If someone “gives” $10,000 every year as part of getting some football tickets and some perks, how much of that is charitable, and how much of it is a market cost that’s not reflected in the tickets’ face value? What the IRS came up with ultimately impacted how much donors could itemize.

The 2017 org chart reflects the idea of philanthropic commerce by having ticket sales under marketing and the Hokie Club under development. Bill Lansden