Friday’s loss to Virginia does bring one bit of good news with it: we didn’t have to endure the jokes and headlines about The Streak turning “Sweet 16” or getting old enough to get its driver’s license. Lazy headline writers everywhere (probably including us here at TSL) were waiting to pounce on that one.

Our home page would have looked something like this had Virginia Tech won: 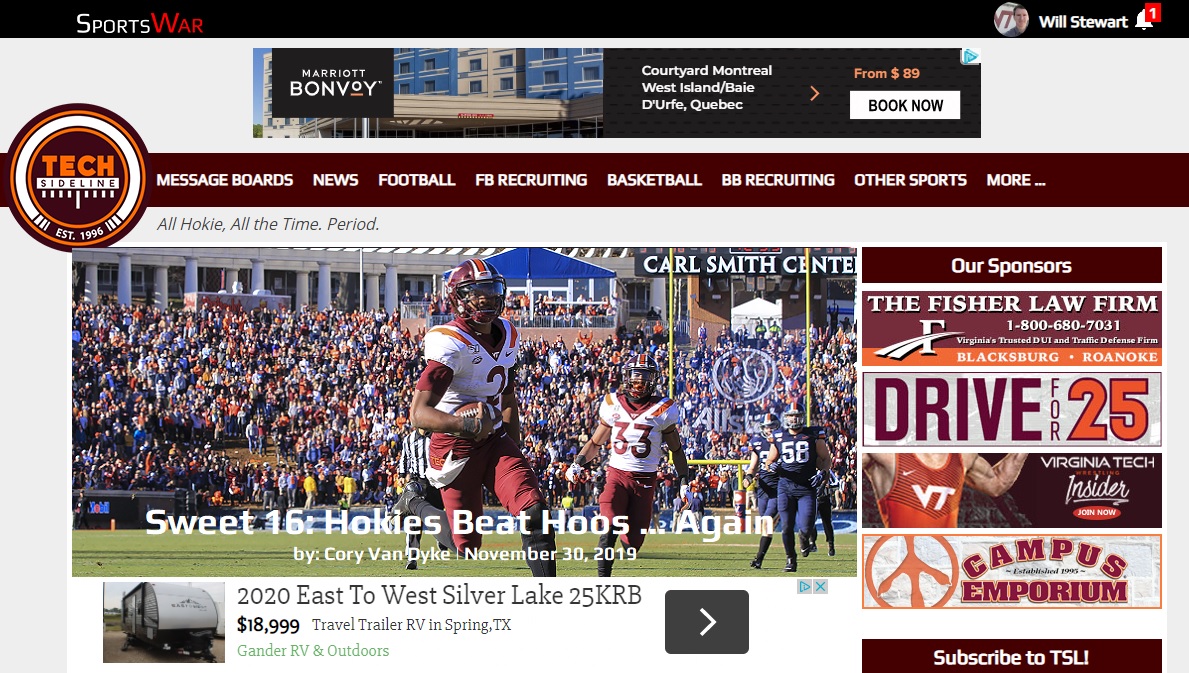 That picture is Hendon Hooker running the ball in from 34 yards out in the third quarter to tie this game at 13. At that point, I was feeling pretty good about where things stood. After a hot start, Virginia had netted just 38 yards in the second quarter, and with Hooker’s burst up the middle, the Hokies’ offense had finally gotten on track, and it was on like Donkey Kong.

That’s not spellcheck gone wild. I actually meant to type that.

Had that glorious trend continued, that picture of Hooker would have graced our home page. Instead, when it was over, this one did: