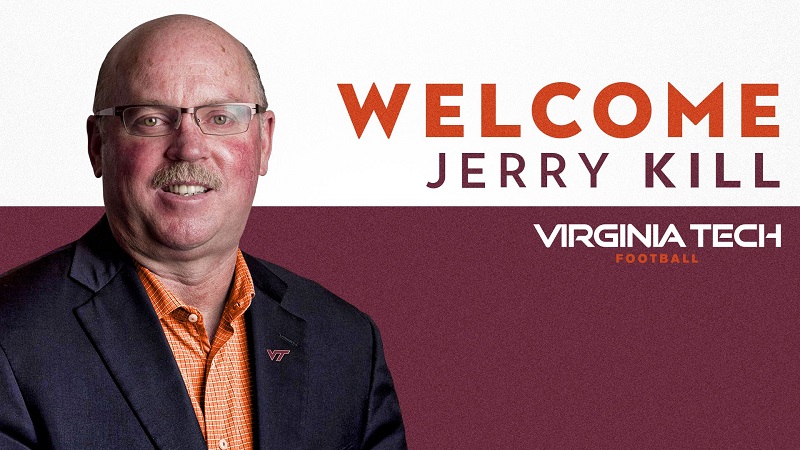 I can’t possibly cover everything there is to cover about this Jerry Kill hire in one article.  In fact, I’m sure I haven’t thought about every possibility that this hire will bring.  But I do like the hire, and I think it will bring some interesting possibilities to Justin Fuente and Virginia Tech.

Kill has had a lot of success on a lot of different levels of football.  He was the best man at Gary Patterson’s wedding, so it’s easy to see the connection he has with Justin Fuente.  He’s had health problems, including recurring seizures, and that ended his coaching career at Minnesota in the middle of the 2015 season.  However, being the pure football guy that he is, he’s found it difficult to totally abandon the game.

After resigning from Minnesota, he was an Associate Athletic Director at Kansas State in 2016 before becoming offensive coordinator/QB coach at Rutgers in 2017.  He resigned again for health reasons after that season; he had suffered another seizure after a game in September of that season.  He was then Athletics Director at Southern Illinois in 2018.  Yet again, he’s answered the call of football, returning to the game as Special Assistant to the Head Coach at Virginia Tech.

Before we get into what I think this hire means for Virginia Tech, first I want to cover what I don’t think it means.

1: I definitely don’t think it means that Kill will be taking over for Bud Foster at the conclusion of the season.  Though he played linebacker in college and was a defensive coordinator at Pittsburg State from 1985 through 1987, he’s primarily been considered