You might remember towards the end of last season I mentioned how the “mesh” concept was becoming a staple for the Hokies. The basics of the concept are probably as old as the forward pass, but it wasn’t until the Air Raid guys got ahold of it from Norm Chow’s BYU playbook that it became a trend. Nowadays, everyone runs it and it has become a play football nerds love talking about. 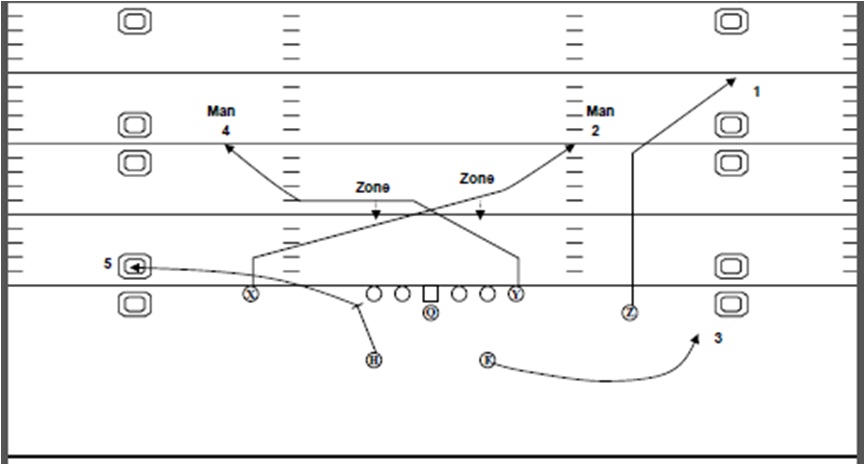 ABOVE: The Air Raid-style mesh concept out of Mike Leach’s playbook at Oklahoma (he was offensive coordinator there in 1999). The numbers at the end of each route are the QB’s progression, e.g., the corner route by the X receiver is the first route