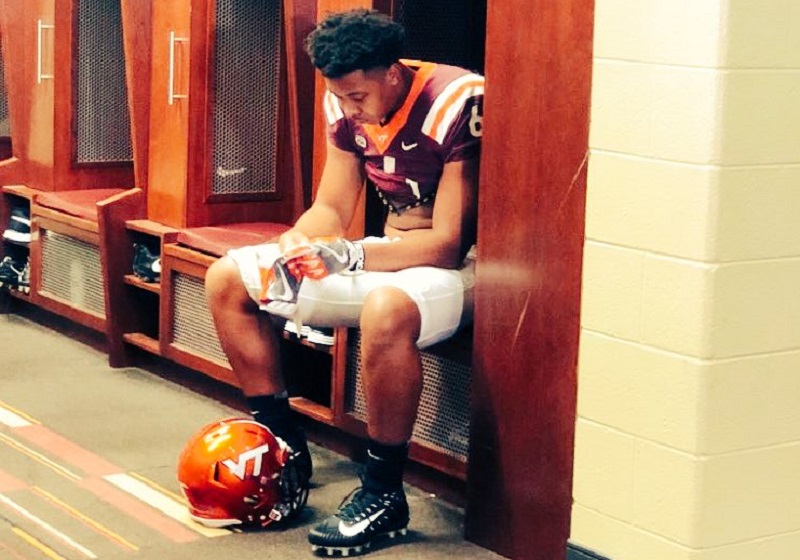 I’ve been saying recently on podcasts and in articles that I was neutral to Jaevon Becton as a prospect.  I didn’t mind that the Hokies offered him and took him as a member of this class, but I wasn’t blown away by him either.  But I was evaluating him as a 6-foot-4, 240-pound defensive end, and at that build and that position in Virginia Tech’s scheme, his athletic ability didn’t stand out to me.

Then when I started researching him for this scouting report, the first thing I noticed is that Virginia Tech lists him at 6-foot-3 and 255 pounds.  That’s an inch shorter and 15 pounds heavier that he was listed as a recruit.  That changes a lot, in my mind.  I now view him as a prospect who could realistically move inside to defensive tackle, and I think his overall athleticism is better suited for that position in Virginia Tech’s scheme.

Here are some of the things that stand out to me.

Long arms: Becton has very good length.  He certainly has the wing span to play defensive end at Virginia Tech, even if I do question his “twitch” for that position.  He uses those long arms effectively against blockers, and he should improve that part of his game with college coaching.

Big base: Becton has large thighs.  As of last summer,