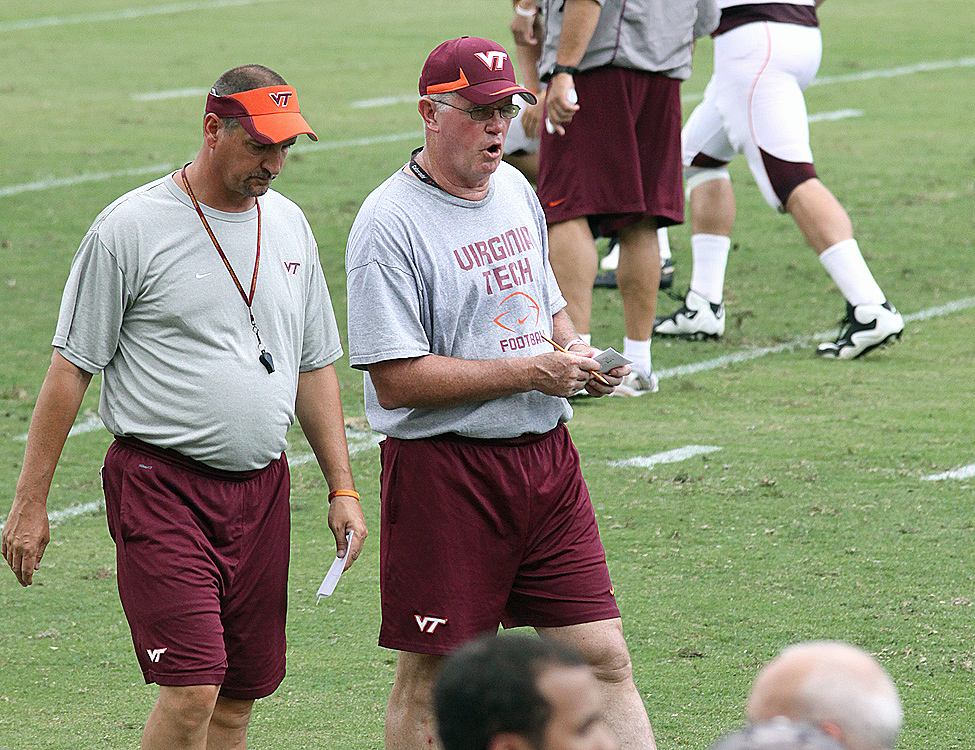 In part four of our series with Jim Cavanaugh, we’ll delve into several different subjects: Cavanaugh’s toughest losses, the grind of being a college football coach, and his view of 7-on-7 football and recruiting camps.

Virginia Tech didn’t lose a lot of games during Jim Cavanaugh’s tenure, but he does remember the most painful losses better than the most joyous victories.

“Marsha, my wife, she jumps my tail all the time because when I tell stories about games, they’re all losses,” Cavanaugh said. “And she was at one of the greatest games I’ve ever been involved in. At Maryland, we beat Miami when we were down 31-0. We came back to beat them 42-40. And she says ‘you never mention that game.’ And it was a phenomenal thing. But I don’t. I always remember the tipped pass, the drop, the missed tackle that cost us games.”

From that standpoint, coaches might not be much different from fans. In fact, many of Cavanaugh’s most painful losses are mentioned often when Tech fans discuss the subject. From the 1998 Syracuse game, to the 2008 ECU loss in Charlotte, to the heartbreaker against Matt Ryan in 2007, Coach Cav remembers them all.

“Winning now is like ‘oh shew, I’m glad we won that game. Let’s get ready for the next one,'”