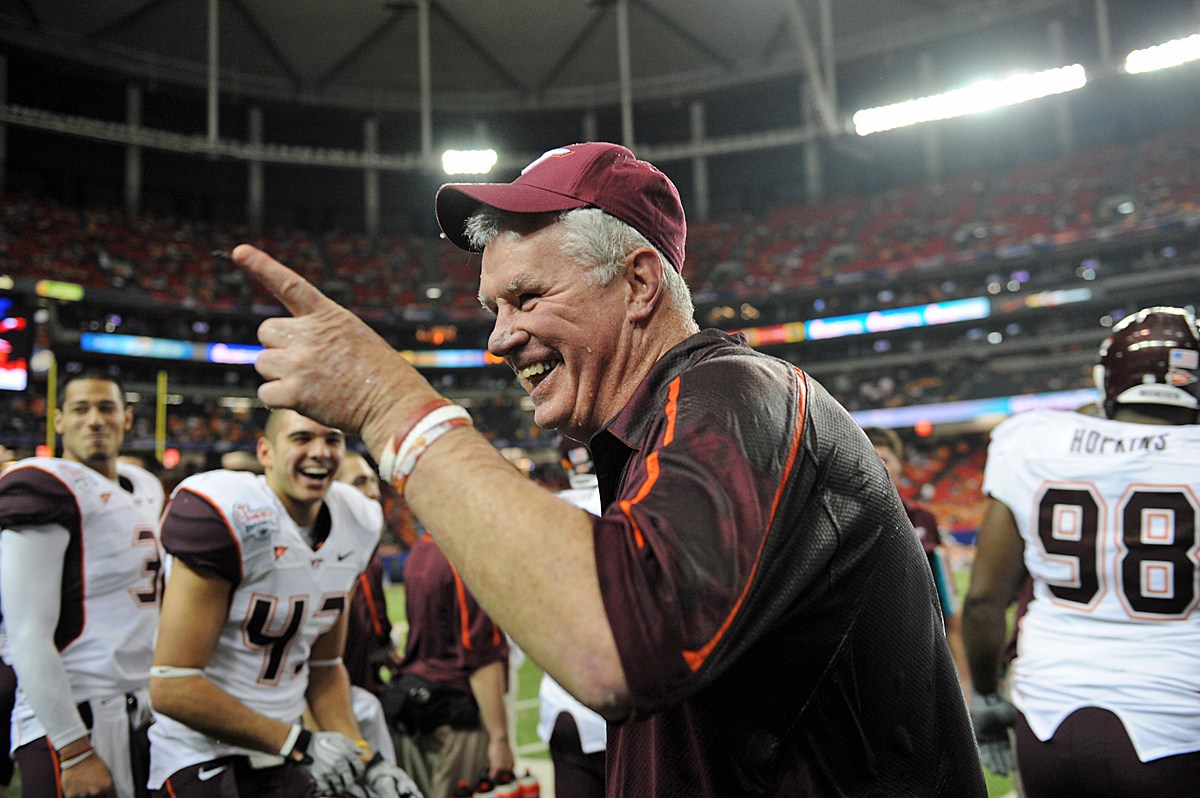 In Part 2, we covered Jim Cavanaugh’s role in Michael Vick’s recruitment to Virginia Tech. This week we’ll focus on three other high-profile signal callers who Coach Cav had a hand in recruiting.

For a time, almost all of Virginia Tech’s starting quarterbacks came from the Virginia Peninsula. With the exception of Grant Noel in 2001 and parts of 2006-08 with Sean Glennon, every starting quarterback from 1999 through 2010 came from the peninsula. Bryan Randall, class of 2001, came from Williamsburg. Michael Vick and Marcus Vick, classes of 1997 and 2002, were from Newport News. Tyrod Taylor was from Hampton and attended Hampton High School.

2001 was a banner year for Virginia Tech recruiting. The Hokies nabbed the No. 1 recruit in the entire country in Kevin Jones, and they had a great year in the state of Virginia with top-10 prospects like Bryan Randall, DeAngelo Hall, Justin Hamilton and Cedric Humes. Of those in-state guys, Randall was considered the top prospect. The