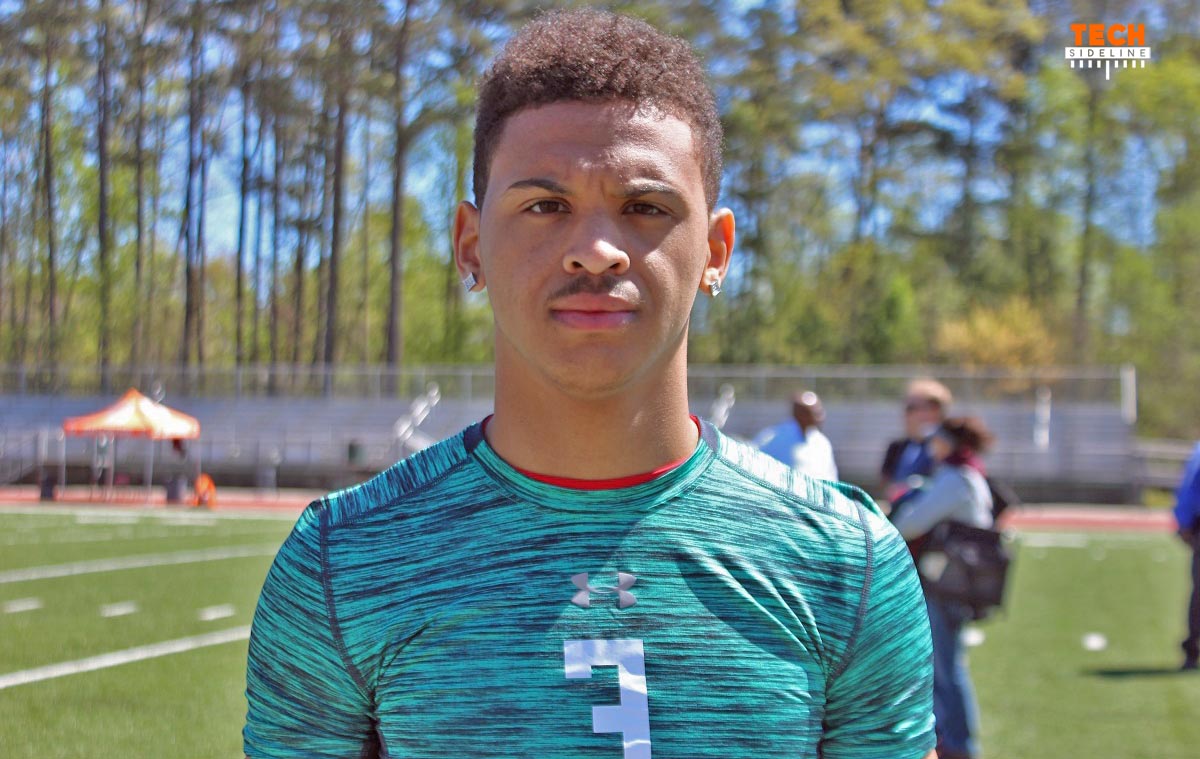 Ellis hasn’t been to Blacksburg recently. But he’s stayed in steady contact with the Hokies’ staff and still likes where he sits overall.

“When you first step on (Virginia) Tech’s campus, it’s amazing,” Ellis said. “New facility, great coaches and they just make you feel like family. I just love it up there and the environment is just great. I’ve been down there three times this year. I like it, you know? Quarterback is still the main spot.”

Ellis is now one of two quarterbacks committed for the Hokies’ 2017 class, along with three-star Quincy Patterson. Elis, however, showed his athleticism hasn’t changed since his pledge. On Sunday, he won the camp’s 40-yard dash fastest man competition, with a preliminary time of 4.47 seconds.

“I definitely need to work on footwork still,” Ellis said. “That’s always a key. Then, just reading defenses, basically. That’s the biggie for me.”

Offensive coordinator Brad Cornelsen has also kept Ellis abreast of where he stands with Virginia Tech’s plans. And Ellis said they haven’t changed.

“I hit up Cornelsen and he and I talk almost every day,” Ellis said. “We have a great relationship there. He just wants me to get my head right for the defenses. That’s a big step. Once you get that, the game kinda slows down for some