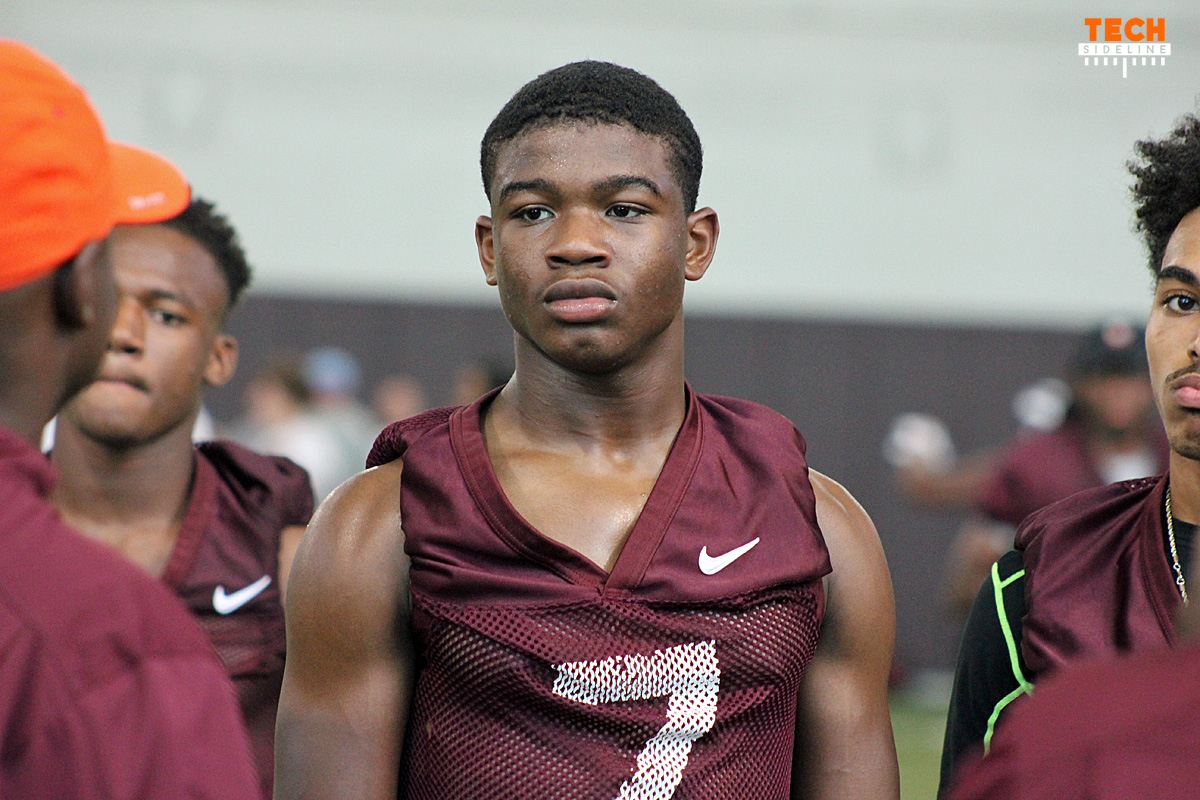 For just over five months beginning in August, Dudley (Greensboro, NC) three-star cornerback DJ Crossen was committed to North Carolina. But since he opened his recruitment back up in January, Crossen has cast a wider net.

Crossen, Rivals.com’s No. 29 cornerback and No. 18 player in North Carolina, now has 18 offers. South Carolina, Syracuse and Wisconsin are the most recent to join the fray. Crossen has also taken multiple visits this spring, including a pair last week. One of those has been in the mix since before his initial decision.

On April 13, Crossen made what he believes is his fifth or sixth visit to Virginia Tech. This trip was to catch one of the Hokies’ spring practices.

“It was really my first time seeing how players interact with the coaches, before and during practice,” Crossen said. “That was the type of practice I’d enjoy being in, and it was great to see the coaches again and see more of the facilities, now that they’re done being built.”

Crossen said he was also on hand to watch his former teammate, true freshman quarterback Hendon Hooker, who enrolled in college in January. Crossen said they caught up a bit during his stop.

“That’s really a pretty big factor,” Crossen said of Hooker. “Ever since I played with him, we’ve been winning. Playing with him again, it wouldn’t be a bad idea. We talk often, as well as a few guys who are already in college. Hendon tells us how he’s doing up there and I think it’s a good situation.”