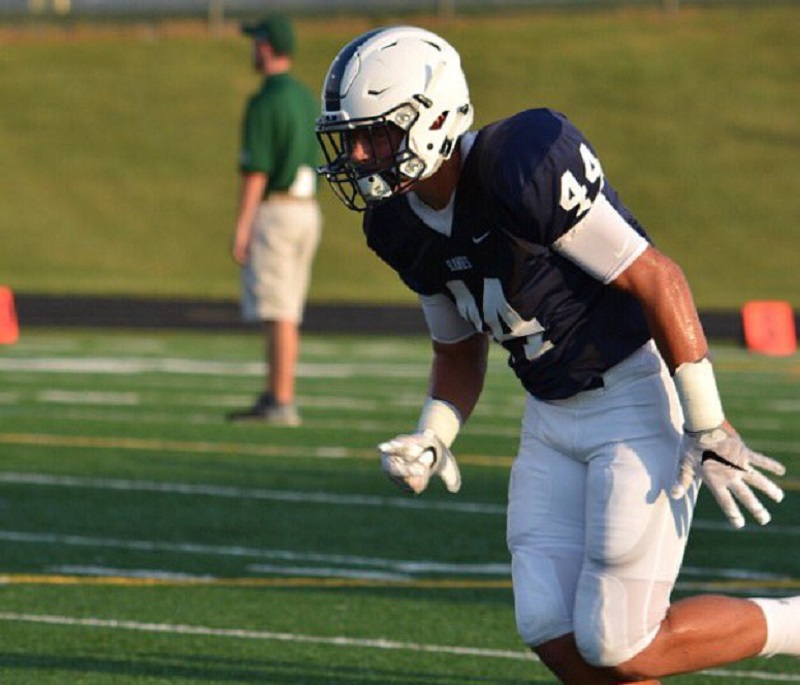 He still has over three years of high school to go, but Damascus (Md.) 2020 defensive end Bryan Bresee’s recruitment has already gotten a big jump.

Bresee now has six offers, all in less than two months. His most recent offer came from Virginia Tech, where he visited this past weekend. It’s far too early for Bresee to fully indulge in his recruitment. But he’s getting a good jump with a number of visits to get a feel for his options.

“Right now, I’m just trying to build relationships with coaches,” Bresee said. “Schools around me, I wanna see them a lot, so I can get a feel for them. But I’m open to everything right now, so we’ll just see what happens.”

Bresee’s trip Saturday to Blacksburg was his first. But it gave him a first-hand look at the Hokies, as well as an offer.

“I liked it a lot,” Bresee said. “The campus is very cool. The practice seemed intense and quick. I like the coaching staff there a lot. The head coach is very nice. They waited really long, so right before I left, I went into the coaches’ office, but it was exciting to get that offer.

“They just built a new facility, so that was cool. They’re doing a lot of renovations up there, right now, so it’s pretty cool.”

Bresee said he’s still getting to know the Virginia Tech staff. But he’s been intrigued by what he’s seen and been told so far.

“I’m not really sure who the main recruiting coach is,” Bresee said. “I’ve talked to a lot of coaches. They reached out to my coach and he just kinda tells me. They said they wanted me to come for a visit, so we scheduled one and we went down there.”