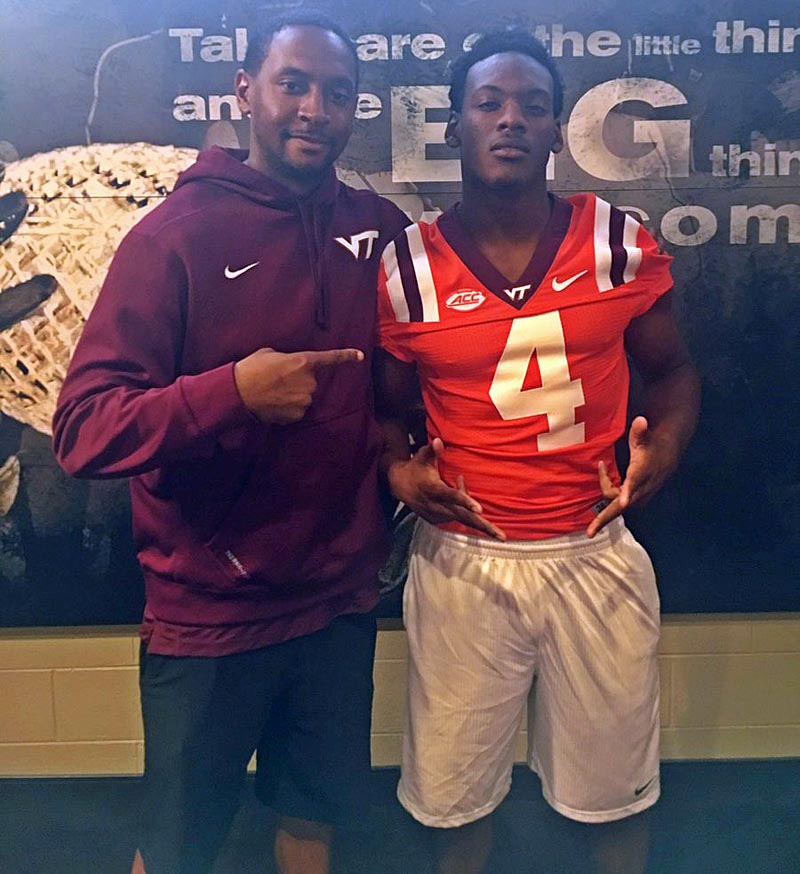 Virginia Tech didn’t sign #1 running back target Khalan Laborn, but they did sign #2 running back target Jalen Holston over at least 14 other Power 5 programs.  The Hokies beat out schools such as South Carolina, North Carolina, Florida, Mississippi State and many others, and there is early playing time available in Blacksburg.

Zohn Burden was Holston’s lead recruiter, and the two built a very good relationship during the recruiting process.  A lot of schools put the full court press on Holston in January, but he stayed loyal to the Hokies the entire time.

Let’s take a closer look and see what type of player the Hokies are getting.

Relative speed: Relative to his size, Holston has pretty good speed.  He’s able to outrun defensive backs to the end zone at times, and remember he’s playing against good competition from the state of Georgia.

Strength: Once he spends some time with Ben Hilgart, I see Holston developing into a physically strong runner for the Hokies.  Arm tackles will not be able to bring him down.  When he hits his physical peak in college, he should be a very effective downhill runner.

North-South style: Holston is a decisive runner who hits the hole quickly.  Granted, that’s exactly the type of running style that the Wing-T requires from the fullback, and he’ll be playing a different role in college.

Lower body explosiveness: Already a big guy, Holston has a 36 inch vertical, which is pretty impressive.  That shows that he has some good explosiveness in his lower body.

Passing game experience: Holston’s team appears to use him in the passing game quite a bit.  If his hands are good, that could help him develop into an every down type of back at the college level.

My only concern with Holston is that he’s coming into an offense that is much different from the one he ran in high school.  Then again, unless he was playing B-back for Georgia Tech, he was going to be going to a much different offense no matter which college he chose.  If he has to redshirt to get used to a new type of offense, then that’s fine.  However, he has the physical ability to contribute right away.

Bottom Line: I think Holston compares favorably to Darren Evans in a number of ways.  He’s about 210-215 at the same stage, and he played fullback in a Wing-T offense at the high school level.  Evans had to adjust to a different position in a different type of offense when he got to Virginia Tech.  The transition for Holston will be even more drastic going to a shotgun offense that doesn’t feature as many quick hitters.  That said, he has the physical talent to be a very good college player, and he’s one of the few guys these days that I would consider a candidate to be an every down back.

ETA: 2017. Despite all his experience coming in such a different type of offense, Virginia Tech’s depth chart will present Holston with the opportunity to play as a true freshman this year.  I view him first or second of all backs on the team in terms of overall talent, thus I’m going to project him to hit the field for the Hokies this season.  I fully admit that could be an aggressive projection considering the fact that he’ll be transitioning from a Wing-T to a spread offense, but I’m higher on Holston than any other offensive player in this class, with perhaps the